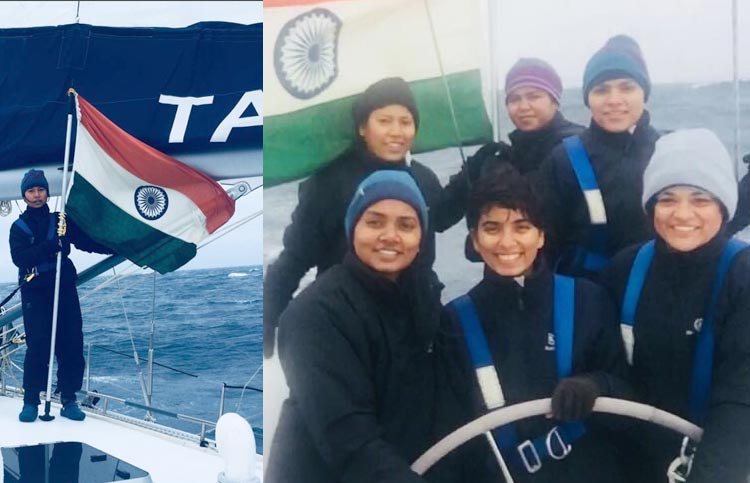 The team crossed Cape Horn, its designated point and the southernmost tip of South America, at around 6 a.m. on Friday. Following which the crew hoisted the tricolour to mark their accomplishment. They achieved this despite strong winds reaching 70 km/hour, completing one of the most difficult legs of its global circumnavigation tour.

The official Twitter handle of the Indian Navy informed that the sea was rough and winds were strong gusting to ~70kmph.

The team received a congratulatory message from the Prime Minister on Twitter.

Wonderful news! Delighted that INSV Tarini has rounded Cape Horn in the last few hours. We are extremely proud of their accomplishments.

The team that sailed out from Goa in September 2017 will return to Goa in April 2018 after completing its journey of 22,100-nautical miles.

H/T: The Times of India