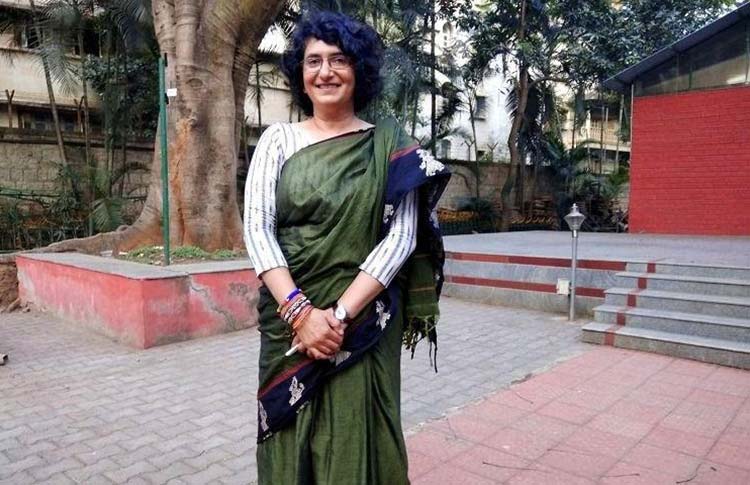 Sharda Ugra is a well-hailed name in the world of sports journalism. The fact that she entered the field almost three decades ago, at a time when it was a predominantly male area makes her career all the more commendable.

She recently got into a conversation with The News Minute and recollected the initial days of her career. Here are excerpts from the interaction:

“I always make this joke that Tendulkar and I started off at the same time, which is true. He had his first test match and I got my first job in November 1989. He has retired, but, fortunately for me, I don’t need to retire at all,” says Sharda.

She shares how she ended up in the world of sports journalism, “I loved sports. But I was a useless athlete. I played badminton, cricket, and football, but I was very, very bad. But I loved reading about sports, watching sports, following sports. I can watch anything that is competitive and write about it. I don’t think you can be a sports journalist if you are not a sports fan to start with or if you don’t like sports.”

Sharda often gets asked about the experience of being a female reporter at a time where there was no other woman to be seen in the field. Sharda doesn’t mince her words when she shares how it wasn’t exactly a rosy picture.

“The problem or the resentment was not from athletes or officials or people who were associated with the sport-part of it. It was the other journalists – not all, but some – who were around, the slightly older generation of men. They pretended like I was not there. I was so terrified of being the girl who asked the stupid question that it took me four-and-a-half years to ask my first question at a press conference,” shares Sharda.

Besides the external pressure also came the internal one. Sharda explains, “The other thing is how you present yourself. You are going to cover an event and you are the only woman there. So you feel like you are carrying the entire burden of womanhood on your shoulders when you step into a press box. You feel like you will either ask a stupid question or behave stupidly or you’ll be unprofessional. So you had to sort of make up for all those imagined responsibilities that you carried with you. I literally tried being as invisible as possible.”

She, however, stayed focused and worked relentlessly to cover significant stories. This did not go well with her male counterparts who’d often make comments pertaining to how women scored interviews by “batting their eyelids” at the players.

Finding a toilet was also one of the challenges that she and other women in her field faced. “There are stadiums in the country that simply assume that women are not going to come to the match,” she says.

Talking about the absurdity of it, she adds, “If we had to go to the toilet, we had to ask someone. We almost felt embarrassed about asking someone to go to the toilet … As if it was a strange activity that only ‘you’ were doing. Like it completely upset the scheme of things.”

“Those were the days. when players were approachable, and one could simply pick up the phone and request them for a meeting,” says Sharda as she shares the experience of interviewing Imran Khan and Viv Richards.

It was Pakistan cricket team captain Imran Khan’s interview that made Sharda and her friend famous.

However, something awkward albeit funny happened when they approached Viv Richards. She shares, “He agreed for an interview the next day at 2 pm. But my friend was like, ‘Can you please make it 3 pm? We have a lecture till 2:30.’ So, he tells her, ‘Better I tell you time than you tell me time’.”

Now when she looks back at her illustrious career, Sharda has a few regrets. “As a woman, I feel guilty that I did not write more on women’s sports as I should have,” she shares.

Admiring the evolution of women in sports journalism Sharda says, “The new generation of women journalists, especially on TV, are completely brazen, and I admire them for that. You have to wear down people’s notion of who you are, what you write, what you are about, by just being there. There are going to be more of us coming. We are not going away. You can be mean and nasty, but we are not going anywhere. We are going to come with our notebooks and recorders, and we are always going to be there.”