“They Groped My Breasts, Pinched My Bottom, Pretending To Play Holi As I Stood There, Unable To Do Anything” 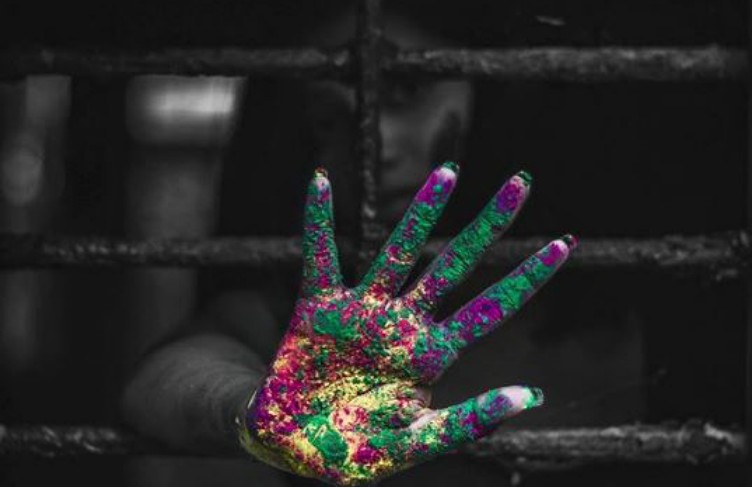 As I stood there, unable to stop what was happening, his hands, smearing me with colours, glided down my body. I was numb, in shock, as he pressed my breasts with hands filled with colours and leaned towards me with a smug smile and whispered in my ear, “Bura na mano Bhabhi, Holi hai.”

IWB’s section “Censored” features real women narrating real stories. Stories, which are usually censored by society, are given a platform.

There is absolutely no room for judgment or condemnation. Women can open up about their personal issues, reach epiphanies, inspire women all around the world, and seek expert advice. Read on, and get your dosage of empowerment.

Yesterday, one of our readers contacted us after reading about our ongoing campaign #BlackAndWhiteHoli, where we showcase how the fear of harassment makes Holi devoid of colours for women. Married for three months now, Naina (name changed), shared with us how she will be forever scarred by this festival of colours.

It was my first Holi with my in-laws since my marriage to Ravi (name changed) and I had been told that as the new bahu, I must oblige and celebrate the day with their relatives. I was never a big fan of playing with colours, but as the daughter-in-law, I was told it was my duty to keep the rishtedaars happy.

Since five in the morning, all the women in the house were up, preparing for the day ahead- decorations, colors, sweets, thandai, etc. Caught up in the preparations, I had lost the little apprehensions I had about playing Holi. As everyone from my in-laws’ extended family arrived, my mother-in-law and sister-in-law took me aside.

“Listen Naina, everyone is here now. When the celebrations start, don’t protest or argue, don’t be disrespectful by saying no. Just let them do what they want, let there be peace in the house,” my mother-in-law told me.

“Yes Bhabhi, just bear it. It will be over soon,” added my sister-in-law.

Unable to understand the meaning behind their words, I followed them as they entered the front lawn where everyone else was playing Holi. But the second I entered, most of them- my husband’s uncles, cousins, and friends- made a beeline for me. “Humein toh Bhabhi ke saath Holi khelni hai!” said Mehul (name changed), one of my husband’s cousins.

And then it started. They were putting colours on me, spraying me with water but that’s not what made me look at my husband in fear. They were targeting their pichkaaris at my breasts, pulling my clothes, trying to grope me and they weren’t letting me leave, no matter how much I protested.

When I ran to my husband, he told me to not be “so dramatic, they just want to celebrate with their Bhabhi.”

His sisters and aunts came running to me, laughing, saying that I was scared of colours and held my hands behind my back – my mother-in-law was one of them, and she gave me a sad look as if saying with her eyes that I should let them do what they want. Those men pressed my breasts, pinched my bottom, their hands roaming freely over my body and I stood there in numb shock as they molested me on the pretext of playing Holi.

For my entire life, I had thought, that if I covered myself fully, I won’t unknowingly attract men who would sexually harass me. But what I wasn’t prepared for was the nakedness of their thoughts and I realized, no matter how many layers I donned on, I would still be just an object for their pleasure.

The featured image by Jayesh Gangan is a submission by the photographer to our ongoing campaign #BlackAndWhiteHoli.