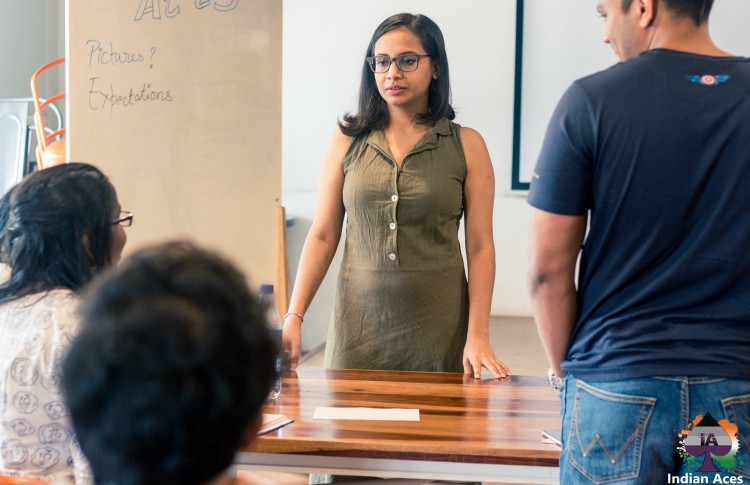 As Pragati shared with IWB, being in BBC list among the most inspiring women is ‘a win for asexuality awareness on a global level.” She added, “I hope to bring more light to the cause I’ve given five years of my life to.”

When Pragati first started working on her research on sexuality, she would often get messages like “Can you help me find a partner?”, “My parents are forcing me to get married” or “My last relationship was with a regular heterosexual and it was miserable for me.”

This was the point that roused Pragati’s interest in the entire idea of asexuality and the scanty information and an absolute lack of discourse on the same. She adds, “So basically, asexuality is where I started. I was curious about it so I started doing some research. Surprisingly, none of the workshops or curriculums across the world really included asexuality in a very logical or understandable manner back then.”

That is when she began to work on a model of sexuality and to develop a discourse on the entire idea so as to help the community out of all the confusion that they were dealing with. The starting point had to be a comprehensive and detailed understanding of sexuality though.

“I spoke to a lot of people, read a lot and developed my own understanding of sexuality. All of it made me realise that sexuality is actually much more nuanced then I and most of the people around me were in the habit of believing,” says Pragati.

It was thus years and years of research work that helped her develop what she calls a “Comprehensive sexuality model”. “I understand asexuality because I understand sexuality,” she says and all her understanding of the same comes from an eight-scale-model developed by Pragati herself, the basis of one of her most important workshops.

She explains, “I try to segregate sexuality basically into eight different constituent components that make up anybody’s sexual identity. So typically when you hear the word sexuality or someone asks you about your sexuality, you tend to talk about your orientation and that’s it. But orientation is literally only one of the components and there is much more. The rest of the seven components are never talked about or discussed or explored but they are exactly what explain the nuances of any person’s sexual identity. For instance, it is difficult for somebody to understand how a gay man can marry a woman and have children without a proper understanding of this model.”

She adds, “Similarly, asexuality is something that is not understood if you try to fit it into any other model. However, this model helps you to understand the idea very very comprehensibly and conceptually.”

Her workshop helps people understand how asexuality is different from all of the other things that it’s typically confused with. For instance, when we talk about asexuality and non-sexuality, while an asexual person would be somebody who does not feel sexual attraction, a non-sexual person would be somebody who has decided to not indulge in any sexual activity. The workshop goes on for eight hours to bring out such minute nuances.

As we talk about asexuality, Pragati promptly points out that it, however, is just one of the elements of an overwhelmingly large “alphabet soup.” She explains, “When we talk about the queer population, we refer to LGBTQ or LGBTQIA at max but there is so much more that needs to be included here. We are hardly talking about, say, the intersex or the pansexual individuals.”

However, she shows hope in the fact that India actually is doing much better than other countries in the department. She narrates an incident. “I went to this conference in New Zealand recently. It is supposed to be the world’s largest conference on LGBT. I thought that I would learn so much and I would bring that back to India and stuff like that but they don’t even have an “A” in “LGBT.” It literally just stops at “LGBT,” they don’t even add a “+.” While “I” and “A” are largely ignored, anything beyond that is not even on the map.”

She adds, “We need to understand that the alphabet is ever expanding. Putting a “+” is the least that you can do.” Pragati thus has a dedicated workshop for the same purpose where she takes a dive into the gender “alphabet soup”, as she calls it.

When Pragati initially started receiving messages from all the 20-22-year-olds in India who were scared of the entire idea of getting married and having sex, whether or not they were asexual was secondary to her.

“The fact that they didn’t want to have sex made them non-sexual and then they were going to be forced into an arranged marriage where their husbands probably wouldn’t have the understanding and they will never be able to negotiate the relationship that they want was the real challenge,” she says.

She adds, “An asexual woman in a country like ours has nowhere to go. That’s why I started conducting these offline meetups where I help men and women meet each other if they are looking for a non-sexual relationship. Platonicity is the name of the event. It is a speed dating kind of a meetup and is only open to people who are looking for a non-sexual relationship for whatever reasons.”

Relationships are always assumed to be sexual by nature. It is not just a fact about India but something that remains true throughout the world. It is automatically assumed when you are looking for a partner, say on a dating or a matrimonial site, that it is for a sexual relationship.

“This is one of the biggest problems that a lot of asexual and non-sexual people face and sadly they don’t know where to go and find a solution for the same. They don’t have any offline or online avenues for the purpose except for the Platonicity event that I do and I am planning to launch an online portal for the purpose as well,” says Pragati.

Besides all the informative workshops, Pragati also conducts counseling sessions. She shares, “I do two kinds of counseling. One is group counseling where a group of 3-5 people who have similar kind of questions gathered together. We all share our stories, questions, and concerns and learn from each other. It is guided and facilitated by me.”

She adds, “Then there is also the individual one on one council where you can have any kind of gender and sexual identity question or query about your life and I can help you understand it in a much better manner. I help people understand all the eight unique components of their sexuality and how to best put forth their identity when they are navigating a new relationship and how to own their identity.”

A lot of people feel very lonely in their experience. For instance, someone might feel like they are the only transsexual person who is also bisexual or they are the only asexual person who is sexually active. So one of the biggest comforts that Pragati has been able to bring through the counselling sessions is to let them know that there are entire communities out there with people who have the same experiences in life as them.

Pragati typically conducts four events for a city which are usually done over a weekend and all of them except Platonicity is open to everyone between the ages of 16 to 60.  Indian Aces, the body behind these events, has individual event pages for each city and a registration form is uploaded on the respective pages approximately three weeks before the event is scheduled. As for the registration fee, it is actually a contribution model where people can pay as per their capabilities.