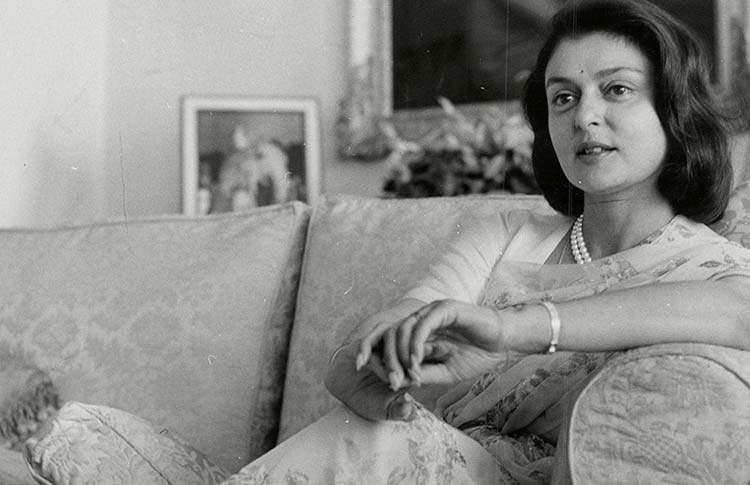 Today marks 43 years to the declaration of Emergency, in commemoration of which, Union Minister Arun Jaitley’s compared the then Prime Minister Indira Gandhi with Hitler, tweeting, “unlike Hitler, Mrs. Gandhi went ahead to transform India into a ‘Dynastic Democracy'”.

“Both Hitler and Mrs. Gandhi never abrogated the Constitution. They used a republican Constitution to transform democracy into dictatorship. Hitler arrested most of the opposition Members of Parliament and converted his minority Government in Parliament into a 2/3rd majority government,” Arun Jaitley said in a series of tweets.

But moving beyond political statements, and the criticism and hatred fuelled opinions, it is said that Indira Gandhi’s confidence and intelligence was to be praised for!

At the height of the Emergency, she had several people imprisoned. Opposition leaders, journalists and others she viewed as a threat were incarcerated, many for offences under the now dead Maintenance of Internal Security (MISA) Act. And among the targeted was the then Princess of Cooch Behar, third Maharani of Jaipur, Rajmata Gayatri Devi, who was thrown in Tihar Jail in 1975.

Known for her beauty, Maharani Gayatri was voted the fourth most beautiful woman of the last century by the Eastern Voice, in 2004. Her face, it was said, was better known than the President, to most Indians. And it was believed that the two were at loggerheads with each other.

For those who don’t know, Gayatri Devi and Indira Gandhi knew each other from their youth. Both has attended school at Patha Bhavana, the school founded by Rabindranath Tagore in Santiniketan, West Bengal. Khushwant Singh once said, “Indira could not stomach a woman more good-looking than herself and insulted her in Parliament, calling her a bitch and a glass doll. Gayatri Devi brought the worst out in Indira Gandhi: her petty, vindictive side.”

The two powerful families of the nation were extremely against each other on the political front – Congress had lost against Gayatri Devi for three consecutive times in the Lok Sabha elections. Describing Indira and Gayatri’s relationship, a report from The Independent, stated, “Her [Gayatri’s] presence in Parliament was to the great irritation of Indira Gandhi. While the two attended Patha Bhavana together, Mrs Gandhi hated princely privilege even more than her father.”

As a young woman, growing up in the carefree atmosphere of one of India’s most relaxed royal families, Gayatri Devi had always demonstrated a philanthropic streak. Nicknamed pagh rajkumari or “mad princess”, she was concerned about the welfare of the palace servants, taking persistent interest in how much they were paid and how they were housed. And ‘Rajmata’ as she was known after marriage, never let that streak die. She administered the Sawai Jai Singh Benevolent fund that was set up to help the poor of the state of Jaipur with monetary, medical and housing aid, and advocating for girl child education, founded the Maharani Gayatri Devi Girls’ Public School, an institution of high reputation in India and which is to celebrate its diamond Jubilee (75 years) this year.

While in prison, Gayatri Devi gave lessons to the children, arranging for slates and textbooks, and also helped set up a Badminton court for the children. Her cell was located between the men’s and women’s wards, which got her to hear sounds from both sides. “The women inmates engaged in frequent slanging matches, with their children constantly howling. From the other side of the wall came the sounds of political slogans and patriotic songs as well as demented screams and maniacal laughter.” But her time in prison took a toll on her health, and a few weeks later she developed a mouth ulcer. Prison authorities reportedly took three weeks to allow her a dental appointment for treatment.

Eventually, she was released on parole, on a number of conditions laid down by Indira Gandhi, which remained in force till the 1977 elections. In her autobiography, A Princess Remembers, she recalled, “My stepson brought me home from prison and asked me what I’d like to do. I said I’d like to take a bath, get into fresh clothes and then meet Pappu (Navin) Patnaik. My son told me that the place was bugged, to which I replied, ‘I’d like to meet Indira Gandhi then.’ Needless to say, he was horrified!” Placed on parole, Gayatri could not participate in the elections of 1976. None the less when Gandhi’s son Sanjay was killed in an air accident in 1980, Devi telephoned Gandhi to offer condolences. She refused to take the call.

After the Emergency was lifted, and when the elections were announced, Gayatri Devi did not contest and only said she did not want to pursue politics in a democratic country that was ruled by a dictator (obviously referring to Indira Gandhi). Although, later she also said that she would have been offended had Gandhi not imprisoned her, and called her bravery “very real”.

Gayatri Devi died on 29 July 2009, surrounded by her close friends and family, after a battle with paralytic ileus and a lung infection.