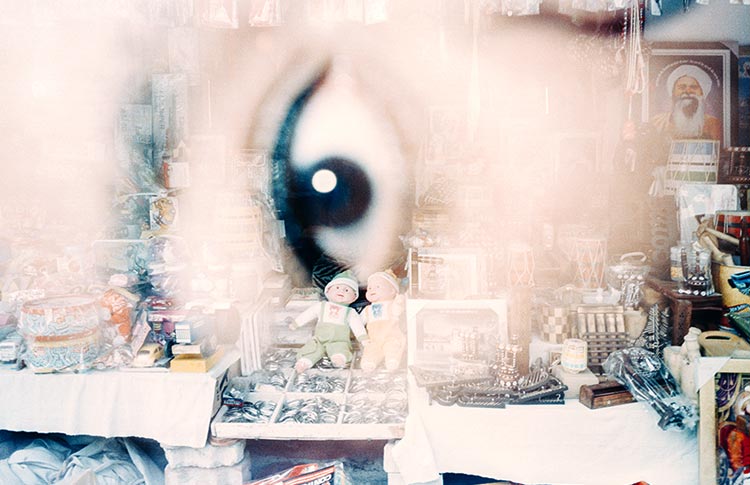 The land of Punjab and its population are legends covered in the crimson of the diaspora. There is pain and pride associated with the feeling of belonging to two places and yet in some way to neither. Girl Gaze – Journeys Through the Punjab & The Black Country is a new exhibit that explores and unites the two ends of a scattered identity.

Curator Iona Fergusson says, “We wanted to find a compelling way to celebrate the lives of the Indian diaspora communities in the Black Country and their roots in Punjab. Anyone familiar with India knows that women’s voices are under-represented and this is also true of women in ethnic minorities in the UK.”

The exhibit celebrates what can be referred to as a pastiche of an identity. It was in the year 2016 when Parminder Dosanjh (director, Creative Black Country), Emma Chetcuti (director, Multistory) and Iona Fergusson conceived the project. Soon four talented photographers were roped in who were commissioned to create compelling stories based on British-Punjabi and Punjabi girls and their struggles with voice and identity.

Bollywood movies have always romanticized the idea of diaspora by playing the kind of songs on a ukelele that are impossible to be played on the instrument in real life. The exhibit is a simulacrum of the lives of these women that does away with the froth of Bollywood and reveals what lies underneath. The exhibit portrays gender roles, migration, tradition, identity, patriarchy and the crossroads that join together the women from these two different communities.

Here are the four photographers and the title of their works who have explored the female world right from the Black Country to Punjab:

‘You Laugh As Much As You Cry’ By Andrea Fernandes

The title of Andrea’s work aptly brings out the realities of a hybrid identity as it says ‘You Laugh As Much As You Cry’.  Andrea’s work through 3D projections brings to life the feeling of things just like the artist experienced them.

The subjects in Jocelyn’s work have their faces obscured just like their voices in a  patriarchal society. ‘You Will Live in This World as A Daughter’ is a reverberation of the truth of female hybrid lives which compels them to go through the same treatment as women in the patriarchal state of Punjab and the women of a minority community in the UK.

Jennifer’s work in a heady dip into the world or Punjabi loris (lullabies). The work can be seen as an invocation of childhood lullabies, dreams and the how the female subjects associate with them. The work is like a dreamy amalgamation of the motherland and the dreamland both literally and metaphorically.

‘Love & Other Hurts’ By Uzma Mohsin

Through her work, Uzma has created a complex portrait of diaspora communities. ‘Love and other hurts’ evokes personal histories of British-Punjabi and Punjabi women, over the last 70 years. The title gives out the idea of hurt caused by love and other things, diaspora being one of them.

Girl Gaze: Journeys Through the Punjab & The Black Country, UK is slated to open in Chandigarh at the Punjab Lalit Kala Akademi (March 10-18) and will then travel to Jalandhar (23-27 March), Delhi, London, and Wolverhampton.