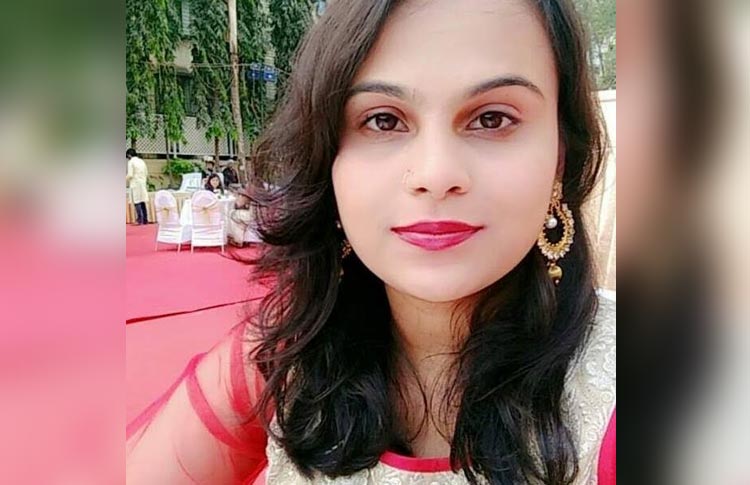 “It’s a basic human tendency to judge criminals on the front and not dig for layers that led them to an extent of this. The same goes for juvenile cases where we tend to have a one-way perception that keeps us away from the brutal reason behind it,” exclaims Nitika Nagar.

I personally got acquainted with juvenile laws when the Nirbhaya case broke out. The Juvenile rapist was not sentenced to death because of his age. I was certain about the point that he was conscious enough. The anger towards his heinous crime blindfolded justice in me. Of course, all Juvenile cases are not the same and maybe I and all of us should have an open mind to make a fair judgment.

Nitika Nagar, a 22-year-old, looks within the broken souls of the kids that often lead them to commit the crime. She along with her team looks for a reason and heals them during the term of conviction for a better and healthier life.

Tell us about your first visit to the Juvenile home and what provoked you to take this forward?

I visited Juvenile home for the first time when I was in college, I was 18. It was basically for a winter break project in sociology, for which I and few other students went together.

Once I went inside, I was deeply saddened to see the conditions of the home where the kids were. There was no proper guidance, no psychological or medical facility. It was so crowded that there were high chances of diseases being spread. Stray dogs could easily enter.

Also, I saw possibilities for kids to rejoice and learn within the premise. There was a barren land which was ideal for gardening as a major therapeutic activity.

What did you do next?

I desperately wanted to work for them. My idea initially was to volunteer but due to a tight college schedule, it was difficult. I then decided that I have to get on the field to understand their problems better, so I managed between lectures and started networking. With time I founded Preshti which worked with the Nehru Udyog Kendra in Yerawada, Pune.

Tell us about the kids you met at the Juvenile Home?

The thing is we judge kids on the front but we don’t know the backgrounds of them. We don’t ask what led them to an extent of the crime. We tend to have a one-way perception that keeps us away from the brutal reason behind.

They looked like any other ordinary kids to me. The ones you’d find in every part of the country. What I also understood was 90% of the time, it’s an unintentional act.

Was it difficult to win the trust of these kids who had been through so many hardships? What did you and your team do to break the ice?

Of course, it doesn’t happen immediately. It also depends and varies with every child. The key is to spend as much time as possible with them. We never directly shoot out a personal question to get friendly. See, they have seen so much violence and negativity in their lives that they are afraid of new people. And, a smile always works. Once opened up, they also expect us to keep coming back.

What changes do you think must be proposed to make the Juvenile laws more aware of the psychological aspect?

The law did ignite a debate during the Nirbhaya case. What are your thoughts on it?

There’s a very thin line of demarcation. When drafting a law, there has to be a special clause for exceptional cases. 1st-degree and 3rd-degree crimes can’t be put into the same bracket. This needs to be reformed because then the purpose falls flat.

In most of the Juvenile cases, kids are in a sub-conscious state of mind but in Nirbhaya case, he was completely conscious. He did it with an intention of doing it.

Having said that, what pushes minors into committing such harsh crimes? Is it their backgrounds?

Indeed. Backgrounds play a huge role in what the kids learn and become eventually. They generally come from a low-income background which is full of negativity.

The act is mostly a result of frustration, anger, and peer pressure. For example, a kid was convicted because he hit his father with a bottle. He did this to protect his mother who was being brutally beaten by his father. So, what he did was out of anger.

How do you include supervisors of the Juvenile home into your programmes?

The best way is to take them in confidence and make them believe that we’re working with them and not against them. We put forward our ideas to let them know that we’ve come to fill in the gap to the work that they have started. We can’t be upfront honest and tell them that the system is in a pit and get them agitated & offended. The approach has to be smart. In the end, they should feel they’re important and are a part of the movement.

What includes in your therapy? Let us peep into one of your sessions?

Our sessions begin in the morning with Yoga and meditation which was organized with the administrative staff. In the evening, between 5-6, we hold recreation programmes which include motivational speeches and fun sessions like drama and dance.

Our programmes bring to the kids the time management course, image building, money management, English tutorials and set of confidence-boosting programmes. We celebrate festivals together and also organize athletic competitions once in a while.

We have customised programmes and sessions for different categories. For 1st-degree crime convicted children, the session goes on for a month. For 2nd and 3rd-degree crimes, it goes on for a few months, a year or more.

How have the results been?

These sessions bring about a massive change in their lives. They start taking charge of their life, attempt to build a better relationship with family members. The therapy sessions from experts have improved their concentration.

How do you go about their education?

We have also tried to build an academic network for all of them. We have a team who organizes academic activities and help them to cope up with studies so when they go back, they don’t get affected by the lag. These sessions generally go on for an entire afternoon.

How do you ensure to make the transition from Juvenile home to normal life smooth so that they aren’t negative and reconnect with peers?

The first step begins with mentorship programmes and therapies which include a lot of communication sessions. They come out as confident individuals. But the main problem is that they are going back to the same environment. Hence, the second step of following up is the most crucial step. We make sure to follow up with them and if we can’t contact them directly, their pals/friends. There are sessions with counselors to check on them regularly if they’re relaxed or in a need of rehabilitation. Psychologists from Chetna counseling centre have been there for our help.

In terms of education, we provide support through NIOS registered centers. There have been cases who after going back to their families have studied further to a degree programme.

How do you educate their parents?

It is one of the most difficult things to do. It’s a bigger task to talk to them, counsel them and make them understand. Of course, this holds true for kids who have families as there are a lot of kids with no parents, no guidance to look after them.

A lot of times, families are not ready to take them back because of social shame. Slums have their own communities who disgrace parents for accepting the kids back. When a counselor sits with parents, he does a case history which helps to navigate on what should not be repeated. It’s a very complicated scenario.

There must be victories you are proud of.

Aakash (changed name) had a lot of problems in expressing himself and opening up about things. He was a quiet person, who brooded all day long with no ambitions at all. When he left, he was a confident personality and got himself a college degree. The last time we heard from him, he was working in Pune.

The biggest success is when the change of mindset in the child is permanent and not temporary.

Is there a difference in the state of affairs between girls and boys in the Juvenile Home?

The ratio of boys to girls is 10:1. It can be said that the Juvenile home we worked with had no girls at all.

Tell us about your new organization, The Healing Dove.

So I left Prishti about a year ago as I wanted to start with my own organization. I began with The Healing Dove early this year in January. We carry forward the same vision as Prishti and the therapy procedure, more or less, is also going to be the same.

While in Prishti we only focused on the Juvenile homes, here at The Healing Dove, we’ll be working for the LGBTQ community too. We are more organized now with a permanent set of people making the team steady and strong. We have counselors available all the time and there is a better schedule that we follow. We seek to tie up with corporates and International companies for funds and who can also give them skill-based training.

We do a lot of lok nataks to spread more awareness.

What are your initiatives for the LGBTQ community going to be like?

We want the community to be provided with proper mental, physical and emotional support. We will be working towards a reformed set of a regime for them in terms of medical checkup, personality development, gender identity, employment, accommodation, skills and also on the personal front.

We want them to lead a respectable life and transit from being neglected to being accepted.

The Healing Dove is happy to welcome volunteers. If you’re inspired enough and want to be of any help, contact here.