JLF: Manisha Koirala On Battling Last-Stage Cancer And Emerging As A Fearless Survivor 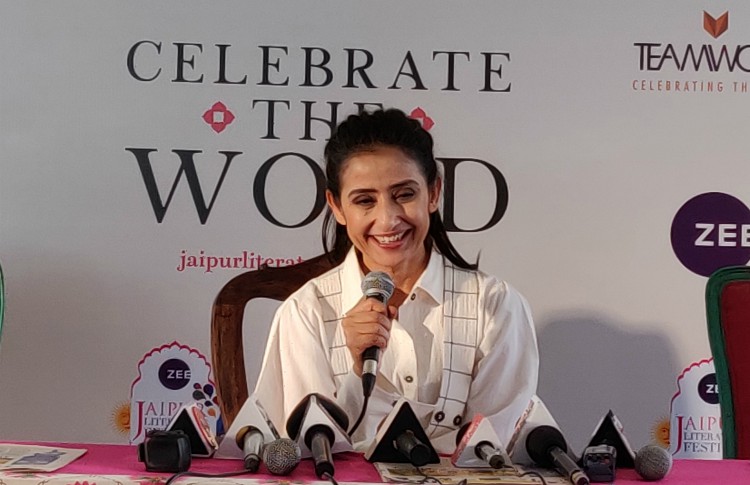 “It was one of the loneliest, most excruciating nights of my life. I had traveled a zillion times from Kathmandu, my home, to Mumbai but it felt like it was taking a lifetime to reach my destination as if everyone on the flight was staring at me… as if they all knew that I had been diagnosed with last stage ovarian cancer.”

In 2012, when renowned actor Manisha Koirala was diagnosed with cancer, her fans were praying for her recovery, her family and friends were running around from pillar to post in hopes of saving her. Manisha herself was herself going through the five stages of grief- denial, anger, bargaining, depression, and acceptance.

Some may say that the sole reason of her miraculous recovery was the fact that she has money to avail the best doctors- true and she herself agrees to it. But what even her doctors appreciated in her was her spirit to live, to fight a deadly disease.

“I am no hero, I am not going to say that I was not afraid of dying. But yes, somewhere I had the peaceful thought in mind that if it is my time to go, well, nothing will change that. But meanwhile, if I don’t try my best to survive, to prove life that I am worth it, then no one could be a bigger coward than me,” Manisha shared during her session at the Jaipur Literature Festival as the crowd cheered for her indomitable spirit.

Seeing Manisha in person, I hence had proof that this woman who holds viewers’ attention with her mesmerizing presence on the silver screen, is pretty apt at working the same magic in person too.

Following her amazing session, she held a press conference to answer the questions which she couldn’t during the time-bound session. Answering the query about why she decided to pen down her battle with cancer and surviving it, she said:

“When I was diagnosed with cancer, I was looking for inspiration, someone else who went through the same but bravely fought it. Yuvraj Singh winning against cancer, actor Lisa Ray’s motivational journey while suffering from cancer- these real-life stories gave a boost to my dwindling confidence and hope,” Manisha shared.

“So, in hopes, that one day, my story would motivate another soul going through something similar, I wrote my book, Healed: How Cancer Gave Me a New Life,” she added. “I also believe that sharing makes your heart feel lighter.”

Manisha was last seen in Sanju, playing the role of Nargis. In many of her previous interviews, and even during the JLF session, she mentioned that she had discovered a newfound appreciation for life and now understands life better after her recovery.

When asked how this understanding affects her definition of success now, she said, “After facing death, success for me is when I get to enjoy every aspect of life – whether it is rainy, stormy, or there is sunshine – I want to full-heartedly experience everything and enjoy it. Life main utaar-chadaav to aaenge hi, but I want to make the best of the situation I have at hand. A bad phase is only there to teach us something crucial.”

Looking back on her decisions in the past, she said that she had made the grave mistake of taking her life and body for granted. “Cancer was like a wake-up call and taught me to value the gift I have been blessed with – life,” she said. “I had never thought that something like death would happen to me. I realized how lucky I was when I had good health, I suddenly found that the sun’s rays, leaves, birds flying, the wind blowing on my face which earlier held little meaning for me, was feeling like a blessing.”