Here Is The Story Of Janhavi Panwar, The 14-Year-Old ‘Wonder Girl Of India’ 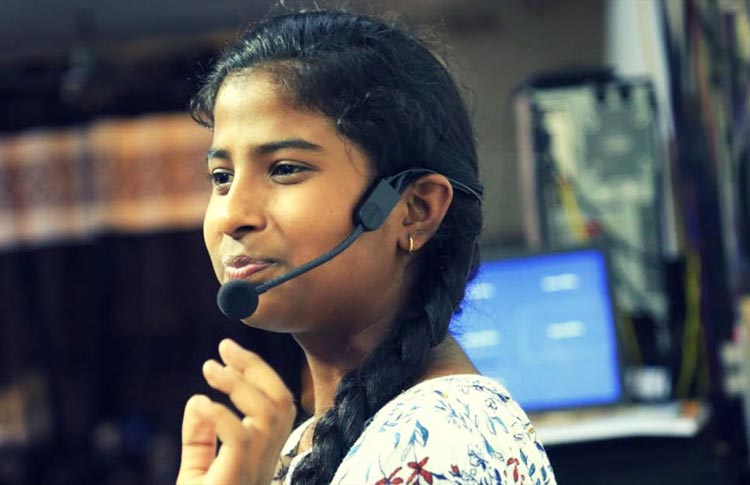 Fourteen-year-old Janhavi Panwar is no short of a wonder. The fact that she was titled the ‘Wonder girl of India’ at the age of nine should testify that.

Janhavi is already pursuing the second year of Bachelor’s degree in Arts from Delhi University when most kids of her age are in Class 8. To add to it, she has mastered eight foreign accents, in addition to basic French, basic Japanese, English, Hindi and Haryanavi languages.

Janhavi’s father Brijmohan Panwar recently in an interaction with The Better India shared how he could easily tell that Janhavi was a gifted child when she was merely a year-old.

He shares, “When she was only one, her vocabulary was equipped with 500-550 English words. When she turned three, she wasn’t admitted to Nursery but directly to Senior KG because she had picked most things at home. As years passed, when we spoke to the school management, they realised Janhavi’s potential by looking at her scores, and she was given special permission to clear two classes in the same year.”

While Janhavi’s mom is a housewife, her father is a school teacher and thus they have always had limited means. Despite that Brijmohan ensured that his daughter received all the facilities that she required to hone her skills right after he realised that she was exceptionally talented.

He shares, “We are from a traditionally rural background, neither my wife nor I am fluent in English. Even the school Janhavi was studying in, had teachers who would speak on our local dialect, Haryanavi or Hindi. But I would help her as much as I could. I still remember how she first picked up accents when we started speaking to tourists at the Red Fort.”

He thus started downloading English video clips for her to listen. “She would listen to it once, and she spoke in the same accent. It was at the time that I started downloading BBC news videos. She would listen to an hour-long bulletin and within no time, start picking up the accent and speed with which the anchors spoke. I thought it could be something I should encourage,” he says.

Soon enough, he found a linguist named Rekha Raj to train Janhavi. He also made her sign up for linguistic classes online in the US and UK. She had mastered eight accents by the time she was 11. She then started learning the basics of languages like French and Japanese.

“We even visited the embassies in Delhi to help her polish her foreign languages, but they don’t admit children until they turn 16 years old,” Brijmohan shares.

Janhavi dreams of becoming a BBC news anchor. She also aspires to crack IAS and has already started preparing for the same. She is already a motivational speaker at the young age of 14 and has given talks to educational institutes and even to IAS officers.

Needless to say, Janhavi’s father is every bit proud of her. He says, “When my wife was pregnant, like most families in rural settings, our family thought it would be a son. But Janhavi’s birth was celebrated with just as much zeal. I’ve always maintained that my daughter is my pride. Girls are in no way secondary to boys.”

“As busy as most of us are, it is important to give our children the time they deserve. It doesn’t matter if they are academically bright or not, believe in them and support them in their dreams,” he adds.