Due To Financial Bias Against Them In Banks, Women From Informal Sector Run An Efficient Network Of Beesis 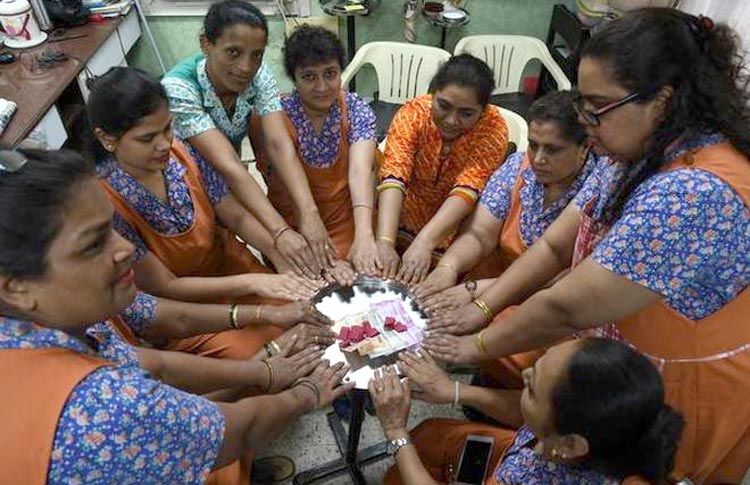 In Mumbai, the women belonging to the informal economy sector follow a system of beesis to remain financially independent and save efficiently. In this, each member contributes to the fund of-sorts for 10 months a year. When the lots are drawn every month, one lucky member takes home a lump sum of Rs 50,000 and no member’s name can be repeated within these 10 months. Efficient, ain’t it?

The beesi is the most common type of savings for these women of the informal sector. Like Ingrid Carvalho, a veteran beautician at Anju’s Beauty parlor in Mumbai, this system has helped her in paying for her children’s extra tuitions for years.

You may wonder why these women rely on such outdated methods? After all, there exist government schemes like Jan Dhan Yojna, why don’t they make use of them? It is because of the “considerable middle-class bias against poor women” in most banking institutions, according to Vibhuti Patel, chairperson and professor at Advanced Centre for Women’s Studies, Tata Institute of Social Sciences (TISS). Even when they pay their loans on time, they are still treated with suspicion by bankers. Also, the lack of financial literacy in these women is another factor for them not trusting government schemes.

So, to battle their financial crisis, they formed the beesi, their own informal network. They never default on the monthly contribution and even if they miss an installment, the fine isn’t too high.  This system gives women privacy, a degree of agency and allows her to be financially independent.

One of the other aspects of beesi is that if a woman is relatively better off than others, she uses her money from the lucky draw to give loans at easy rates to other members – a major source of liquidity and earnings for them.

“From the time monetization came in,” said Vibhuti Patel, “women have been using such informal networks because of their easy accessibility and the lack of paperwork.”