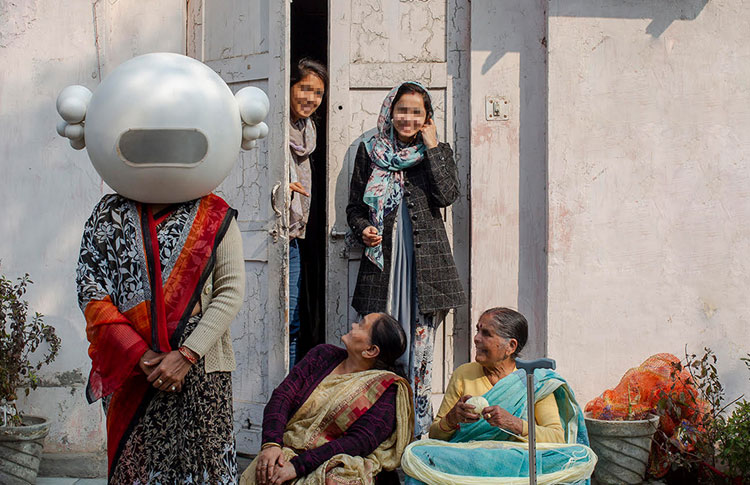 Dignity is defined as ‘the state or quality of being worthy of honor or respect.’ A lot of women through generations have often questioned (sometimes themselves and sometimes society) if they too are worthy of respect and honor. The answer often lies in the way they are treated, accepted, and recognised.

That women have a slightly different trajectory when it comes to being treated with dignity is hardly a debate. It is unfortunate that this discrimination has seeped its way into all sectors, including healthcare. Dignified healthcare for women is still not a realised dream for many women in the country.  And to throw light on it is Khud Se Pooche, an initiative led by Patna based organizations including NGO’s Sakhi, Gaurav Gramin Mahila Vikas Manch, and youth group BYCR (Bihar Youth for Child Rights) led by Ashoka Young Change Maker.

What is Khud Se Pooche?

Khud Se Pooche is a campaign that focuses on the dignity of women while accessing healthcare services. Women and young girls are often treated disrespectfully and are discriminated against when they visit health centers. The campaign encourages the women of Patna to walk through a ‘self-reflective journey’ and articulate their interpretations of ‘care with dignity.’ It motivates women to start a conversation around dignified healthcare.

The participatory campaign invites the women of Patna aged 18-30 to apply to be ambassadors for the program. The ambassadors get a chance to interact with experts, receive certificates and work together to co-create a symbol and a manifesto for change. There are now more than 800 women who have signed up for the campaign with the ambassadors leading the movement. The ambassador program is the core of the series that also includes roadshows with artists from the National School of Drama, workshops, talks, and artistic installations.  The women in Patna will be equipped with digital storytelling skills to narrate their experiences and amplify the narrative around dignified healthcare through social media, public events, and conversing with different women.

Besides, anonymous visual and performance artist Princess Pea has also partnered with Khud Se Pooche. With a number of workshops held with the local ambassadors, Princess Pea will support women to tell their stories and define their own narrative of ‘dignified healthcare.’

Through the workshops, 500 + women along with Princess Pea have co-created a symbol of dignified healthcare which was launched on 22nd November at Sumati Place in Patna. The installation is available to view till December and is inspired by a safety pin. The installation, a 40ft x 9ft textile-based artwork, has been designed to resonate with the lived experiences of the women of Bihar.

The symbol, the safety pin, is an equalizer. It’s an object that is kept hidden with every woman as a companion hoping to hold things together. Here is what some women had to say about the symbol and what it means. ‘“In a world full of muscle, a fragile soul was on her way to hustle. On one shoulder carrying the burden of her life, on another, she gathered cloth with a pin, resembling dignity and control”.

Another says, ‘“This pin helped us when we were in trouble, it held two pieces together, it helped us feel safe and respectful, likewise, we expect the same from healthcare”.

The stories of women

Through the campaign, a lot of women have shared their personal stories and experiences of accessing healthcare services. These range from molestation, inappropriate physical behavior, glances to crude and crass words. Some women stayed mute, some felt ashamed, while some rebutted the undignified language and conduct. However, as the campaign grows more stories of prejudice and sexism are tumbling out of a closely hidden closet.

A young girl admits to being sexually harassed by a doctor when she was in the ninth standard.  She was alone and the doctor apparently lowered his fees and let her go. But she was horrified and confused not having the courage to speak out about it back then. Another woman remembers how she was taunted in the hospital during labor pains and told why she didn’t think of this while sleeping with her husband. A similar gibe came from a nurse for a pregnant woman who was scared of injections. Instead of explaining to the patient why the injection was necessary or trying to calm her nerves, the nurses chose to joke about it.

The stories continue, when a girl visited the doctor with her friends, the doctor asked her about relationship status, and his demeanor made it obvious what he thought. Yes, a doctor perhaps of all people must know (and does) the different possibilities and reasons for missing a period. However, the inbuilt biases and mindset of jumping to conclusions that merit scandal are hard to shed off. And such presumptions often come seemingly easily to the forefront when a woman is at the center of it all.

Khud Se Pooche campaign is hence emerging as a platform where women are finding a collective voice. There is openness and courage as they are speaking up and addressing an issue that perhaps was never even considered as a problem.

Finally, as Suman Singh, Secretary, Sakhi Bihar says, “Inherently, women’s healthcare with dignity should be the right of every woman, this should be valued and given attention, not only for women of today but also women and girls for the generations to come, so that all women can access health services without being judged or discriminated, and we can move towards better health outcomes for all women.”

To know more about Khud Se Pooche, check out their website.

To sign up for the ambassador program fill the form, here.