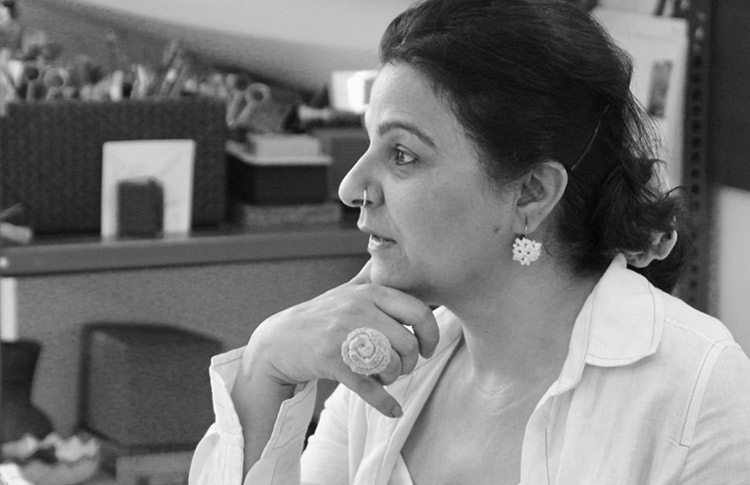 At the beginning of this year, Indian artist Manisha Gera Baswani began her Postcards project. Interestingly titled ‘Postcards from Home’, the storytelling project is essentially a collection of accounts of love and longing among the art communities of the two nations for a national identity forcefully taken away.

A one-of-its-kind project, it contains stories of heartache – the longing for an ancestral home gone forever, the poignancy of a couple who found love in India, but built their lives in Pakistan, and such. Manisha collected 47 stories in three months, and they were on display at the Lahore Biennale on March 31.

Postcards from Home is among several projects that have attempted to collect stories from Partition to build a thriving archive of the shared history of two nations forever at odds with each other. Others include The 1947 Partition Archive, the largest repository of partition interviews, and Remnants of a Separation authored by Aanchal Malhotra, which revisits the tumultuous event through personal objects, such as jewellery, photographs and utensils, carried across the borders.

Growing up listening to stories from her parents, who lived the early years of their lives in what is now Pakistan, Manisha was drawn to similar narratives. “We are all shaped by what we are surrounded by and the nearest connection [are our] parents, so the fact that I grew up on wonderful stories shaped my childhood,” she said in an Interview with Scroll. “There was never any bitterness in their stories, which is what I need to always stress upon. Despite the pain, my parents speak about it with love and longing for the home they had. That is where my project subconsciously began.”

One of the stories from Manisha’s collection:

“Rashmi Kaleka’s family was one of the countless many which came to India from Pakistan during Partition in 1947 but never really forgot what once was home. The sound installation artist grew up on stories about Pakistan and the house her parents, aunts and uncles lived in in Lahore. One of the stories, narrated to her in Punjabi by her father, involves a simple mesh door and the desire to bring a piece of home to India.

While the violence of 1947 raged around them, Kaleka’s uncle, accompanied by two Gurkhas and armed with a screwdriver, made his way back to Lahore from Jalandhar to retrieve the door from his home.”

Although a painter by training, Manisha feels an affinity towards the camera. The Gurgaon-based artist has been photographing the Indian art community for almost 16 years. “I’m not a trained photographer, nor do I know the nuances of photography, but I was taking photographs from a space of knowing their work and their artistic practice,” she said. “I would bring out my camera whenever I was with my artist friends in their studios or at an art camp. I did not approach it as a project, but just as something I wanted to do.”

Talking about her goal now, Manisha said, “My aim is to grow Postcards from Home by gathering more testimonies. There are so many stories that need to be told.” She kept it to 47 artists keeping in mind the year of Partition, but it is possible to expand the project as she is getting to know more artists from both sides of the border who have a shared history.