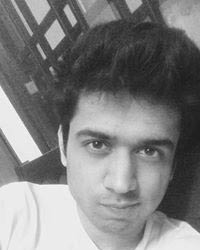 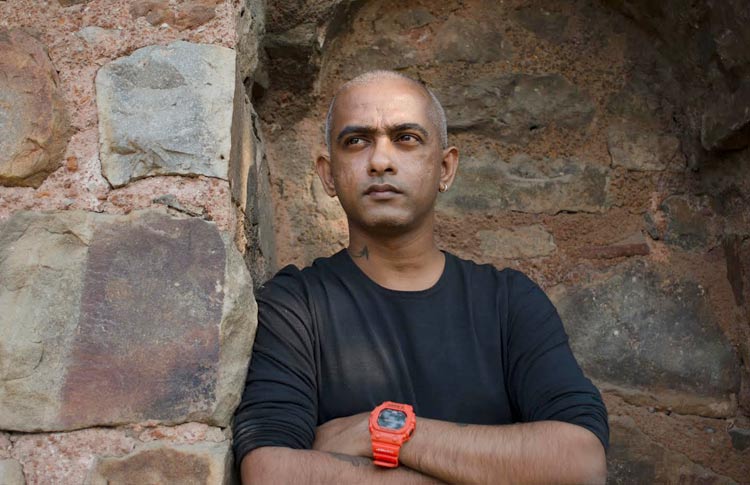 I remember when I was a little kid, perhaps 5 or 6 years old, my mom used to narrate bedtime stories to me. Every night, 20 minutes before bedtime, I’d lie down and mum would tell me wondrous tales of worlds beyond our human capacity until I fell asleep. These’d be tales from Hindu mythology, deconstructed for my 5-year-old mind. Stories of Krishna, Rama, Sita, Shiva and Parvati, and much more. Of Gods and their deeds, or leelas as my mom called them. They were simple tales, relatable and understandable. I was so fond of them that one of the first picture books I got was a tale from the Ramayana.

I am sure many of you have similar memories. Of folklore being told to you as a young child, which still impact you today. Which instil a sense of moral compass in you even today. Sadly, that tradition is fast vanishing. For centuries, folklore and mythological tales have been passed on from generation to generation like gospel. But in today’s busy India, where urbanites don’t have the time to narrate these tales from the epics, these stories are not finding room in Indian pop culture.

Rajkamal, an artist from Bengal and Delhi who we talked about recently, agrees. He feels that the complexities of Hindu mythology often tint our ability to understand them. He believes a simplified form of the same stories, made available on platforms kids actually use, will make for a strong renaissance. Turning them into cartoon art for instance! And he is working hard to do just that.

Rajkamal creates beautiful comic strip style cartoon art that depicts tales from Hindu mythology. From the story of the birth of Ganesha, and why he is worshipped first. To the story of Mahishasura and why Navratri is celebrated. These stories are converted into one line captions that pair excellently with the art.

Over the phone, I talked to him about how he spends two to three days on one panel and two to three weeks to complete a story. He also tells me what drove him to make the comics in the first place.

Did the lack of simplified artistic representation of Hindu Mythology lead you to create this new series of comics?

Raj: Yes, exactly. My main goal was simplifying the tales of ancient India for contemporary India. For kids settled abroad, for kids who are exposed to cartoons on television. The aim was to make Hindu Mythology more modern and relatable to the next generation.

Hindu Mythology is very layered and complex so I agree, that could be the reason why urban Indians are getting alienated from it. Also, Hindu mythology has more than one version of different stories. So, for instance, the story of Ganesha has 2-3 versions and you can’t say one version is more accurate than the other.

Why do you think despite the plethora of stories in Hindu Mythology, no major adaptation has taken place?

Raj: Yeah, there’s a lack of artistic representation for Hindu Mythology which undoubtedly was a force of motivation behind me working on this. There are books available, and the interest is reviving. There’s this person of Indian origin named, Sanjay Patel, he is a Pixar animator. He has done books on Hindu Mythology.

But considering a number of cartoons available today on Indian TV, it is really sad to see little Indian content. Most of the cartoons our kids watch are American or Japanese. There is certainly a void there.

What does it take to make religious deities relatable to children today?

Raj: Well, I believe, and I could be wrong, but I made the characters more contemporary and international. Made them less detailed in physical terms and less ornamental. They look more like cartoon characters, which children today can relate to, like the ones they see on TV. Kids today don’t have the time, considering the sheer amount of content on their fingertips, to see something they don’t find interesting. So making the art interesting was the primary purpose.

I chose colour pallets that were more vibrant and more lifelike for this reason.

Did you have a mythological role model when you were growing up?

Raj: Well, growing up in Calcutta, I was exposed to a lot of Hindu mythology. My grandmother and mother told me stories from the epics. So mythology has always been a subject I was very interested in. Today I see kids reading Harry Potter or Game of Thrones and getting all excited. But the tales in the Hindu mythology are also very interesting. We also have our versions of dragons and magic! (laughs)

These stories open up your imagination but they haven’t been made contemporary. It’s not “cool” to talk about them or discuss them. You can’t blame the kids either, the onus is on us for making them more adaptable to the modern times. We haven’t done enough.

Have you ever had to sacrifice or cut down on certain elements of the story for simplicities sake?

Raj: I am not a writer. So I keep asking my friends for assistance in writing the story. Usually, I copy text from the internet, Wikipedia, in particular. I wouldn’t say I have made sacrifices on elements but yes the stories are certainly more simplified. Extra elements have been swapped for simplicities sake.

Do you ever worry you might end up offending someone if the comics are even slightly off from their version of the story?

Raj: Thankfully, I haven’t received any such reaction yet. Except for once when I made the Ganesha story near Ganesh Chaturthi and someone commented saying this wasn’t the right version of the story. I got into an argument with him as I asked, “Were you there when this happened?”

The beautiful part about Hindu mythology is that there can be many versions of the same story and none of them is necessarily wrong. Just because I draw one version doesn’t mean that it is right or wrong.

But as I said I haven’t really received any such backlash yet. Partially because I am also making sure I am not making anything offensive.

What other stories are you planning on turning to comic form? Do you ever see yourself turning your works of art into bedtime stories for children or anything like that?

Raj: I have already worked on the story of Navratra and the incarnation of Durga, the story of Mahishasura, the story of Diwali and by extension, of Ramayana and the tale of Ganesha. I am working on Mahabharata and also the Aesop’s fables.

I am very interested in doing something like that. But I haven’t received the right offer yet. I have been approached, but they weren’t right. Anyway, I am not doing it for the money, I am doing it to propagate the tales of Hindu mythology.

I’d very much like if we could make an app with this because gadgets are how kids get their content today.

I cannot imagine my childhood without these stories. Not only did they help me to understand Hinduism better, but also entertain and enthrall myself. But it isn’t just these stories that today’s children are missing out on. It is also folklore like Panchatantra, Jataka Tales, Tenali Rama and Akbar-Birbal. There’s just no contemporary adaptation of these stories that kids today can enjoy.

Rajkamal’s initiative is remarkable because of its simplicity and adaptability. He believes that Indian folklore should be adapted to the modern day in such a way that even children living in America can enjoy them and relate to them. The aim of bringing ancient Indian folks to modern Indian kids is immensely noble. Rajkamal hopes artists from across India will work to establish them as a form of enjoyable pop-culture.

If you’d like to see more of Raj’s work, you can check out the Navdurga story here, the tale of Holi here, the story of Diwali here and the tale of Ganesha here.

This article was first published on September 24, 2017.