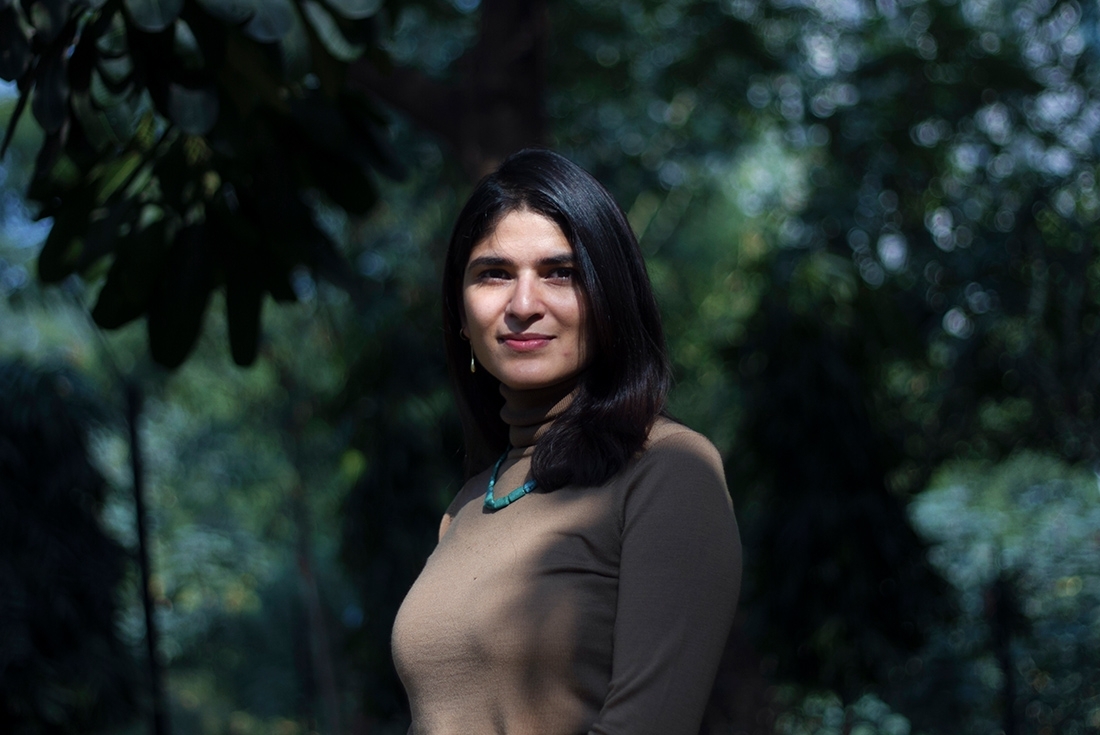 A tranquil land surrounded by beaches, Goa astounds people with its art and artistic community. Believed to possess the ability to transform the art world, this thriving community comprises designers, singers, photographers, writers, and artists of various natures.

Goa hosts many visual arts festivals that highlight art forms ranging from landscapes to socio-political themes. However, today it is in dire need of a revival as the community has been juggling lost opportunities due to the pandemic and seeks more institutional support.

With this goal of revitalizing the creative community, ‘Goa Open Arts’ was established by the Open Arts Initiative, a group of artists who work and live in Goa, operating on the belief that art plays a catalytic role in the revitalisation of society, community, and the world at large. And a fundraiser exhibition with artworks by more than 35 artists accompanied by performances, culinary events, and music was organized in October.

Sitara Chowfla, an independent curator, writer, and arts consultant, is one of the core team members of the community. Involved with several organisations, initiatives, and festivals as curator and arts manager, her focus has been to support and nurture art.

“Until 2020, the city bustled with exhibitions at art galleries, and talented artists received opportunities to exhibit their art all year long. But the pandemic caused a considerable deal of loss, and it is still recovering. Our focus is to revitalise the Goa art scene, to give a boost to all sorts of artists and creative activities, and make Goa a centre of attraction for the whole world,” shared Sitara.

In this conversation, Sitara talks to us about the fundraiser exhibition and the ongoing efforts by the Goa Open Arts initiative to revive the artistic scene in Goa:

Talk to us a little about the core group’s vision behind The Open Arts Initiative.

Sitara: We are a group of five people who work and live in Goa and are all from creative professional backgrounds. We have a photographer, a graphic designer, a product designer, an artist, and I, an art manager and curator. In essence, the goal was to create a platform for the people of Goa looking for a space to exhibit their work, collaborate, and stay connected throughout the year. Our aim was to create a more thriving creative community in Goa, focusing on all of the many people that live here year-round, locals as well as those who have chosen to make Goa their home over the years. This is how our initiative started in the year 2020.

Share with us some of your goals behind the Fundraiser Exhibition.

Sitara: The exhibition was to collect mixed-media artworks as well as drawings, paintings, sculptures, and photographs. The entire exhibition was a fundraiser, and all the works on sale were available at very affordable prices (starting from Rs. 10,000 and going to a few lakhs). All of the funds we raised will be used to support the artist community; the idea being that part of the proceeds will go to the artists, and the remaining be saved for future events.

In the last two years, we have helped 12 artists with a sum total of Rs. 5,00,000. Our grants have aided in the revival of the arts, and in supporting the community in its endeavors. As an example, with the help of our grant, a group collaborated with children of Aldona village of Goa and revitalized the local park through a mural reflecting the local habitat of the area.

In what ways of expression did the participating artists contribute to the exhibition?

Sitara: The exhibition had over 35 artists displaying their artwork, and across a range of media. We featured some of the best printmakers like Walter D’souza. Also, Conrad Pinto, who works in traditional woodblock and litho printing formats. There were pieces by one of the most powerful voices in the artistic community, Subodh Kerkar. Additionally, we had works by Gordon Nayak, a young artist who uses traditional materials to create paintings on top of roof tiles that portray the beautiful landscapes of Goa. And we also collaborated with Goa-based photographer Vinita Barretto, whose work focuses on family issues and mental health. So, it was a very varied trope.

Any artworks in particular that you’d anticipated to stand out at the exhibition?

Sitara: Afrah Shafiq in her work ‘A womb of one’s own’ connects women’s minds, bodies, and domestic spaces to the transformative experience of writing. Gurang Naik creates art by scraping algae off terracotta weathered roof tiles in his piece ‘Wearing away’.  Other artists and their work included Ipshita Maitri’s ‘Silence Is the Loudest Sound’, Subodh Kerkar’s sculpture artwork ‘Souza Head’, and some very beautiful archival prints by Walter de Souza, an esteemed print-maker from Goa.

Introduce us to some of the younger and upcoming artists of Goa.

Sitara: Many younger upcoming artists were with us this time! Dheeraj Pednekar had some beautiful charcoal work on paper depicting the landscape of Goa. Also, Asavari Gurav, whose work reflects Goa’s folk songs and mythologies; she paints on paper centered on the theme.

What would you say about the Goa Art Scene at the moment? Any major changes that you have been seeing around?

Sitara: Well, Goa was receiving a lot of attention before the pandemic due to the Serendipity Festival, and numerous other projects and art events. I believe that Goa’s artistic community suffered a lot from the pandemic. Goa is a place of a big thriving creative community but it still has a long way to go in terms of Institutional support. There are a lot more active collectors and consumers of art in cosmopolitan cities like Delhi and Bombay. Additionally, there is a significant amount of institutional support given by museums, art galleries, and cultural institutions like the British Council. Since Goa doesn’t have as much of it, the whole economy here is ultimately operating at a slightly lesser level. We’re trying to create other avenues for supporting the creative economy in Goa. However, it will take a little longer to come back with the same energy as before.

Lastly, what are your thoughts/ideas on helping the creative community forward in Goa?

Sitara: The one thing that is a major necessity is to improve the Goa College of Arts. It has incredible potential but is in dire need of improvement w.r.t facilities. Even the artists there are at a greater disadvantage because the facilities provided are not at par with other public art colleges around the world. A lot of self-organization is already in action, but what is needed is more Government support, patrons, funders, and mid-level organizations like Goa Open Arts. I strongly believe that the creative community will thrive far better with more and more art organizations.