We Are Completely In Denial Of The Realities Of Class And Caste That Surround Us: Alisha Mehta 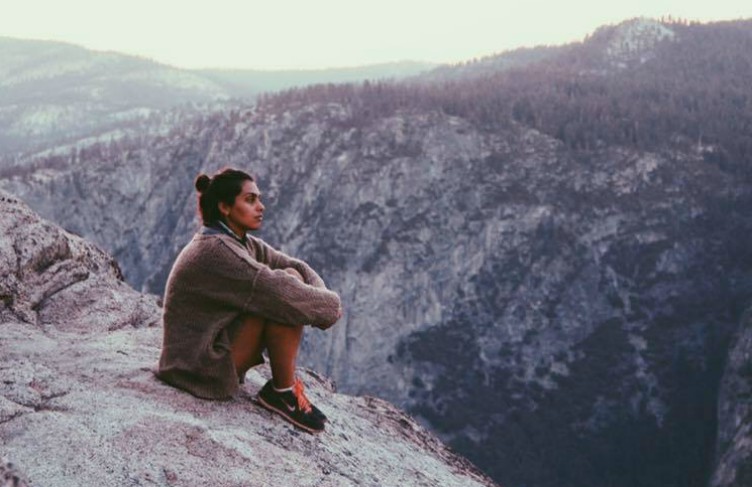 When it comes to domestic workers, all that we are willing to know about them is what they can do for us. Either they are our driver, the maid, the cook but what about their identity beyond the hours they spend in our service? In an attempt to shine a light on this question, Alisha Mehta, a Mumbai-born graduate student of filmmaking at the California Institute of the Arts, made her thesis film, Lata, on the topic.

Her film tells the story of a young domestic worker who works in an upper-class home. Her film gives a voice to those people who, despite the hardwork they do, are not even considered as part of the workforce as per the Indian law. In a chat with Homegrown, Alisha shared her inspiration behind becoming a filmmaker, the reason behind making Lata, and the future of independent filmmaking in India.

On her inspiration behind becoming a filmmaker

“Cinema sort of just happened. I’ve always been fascinated with cinema since I was a kid. My mom would always pick out non-Bollywood movies from the foreign film aisle. In India, the arts aren’t considered a stable life. I had been to international boarding schools in India since I was 15. I then pursued a Bachelor’s degree from Grinnell College in transitional justice in post-conflict societies, which I loved. I ended up working and living in Rwanda, South Africa…all over the place. Most of my work was human rights-related which still informs a lot of my cinematic interests.

After I had worked for a while, I realised that I just had to give art a chance. I reached a point where I wasn’t satisfied with what I was doing anymore and there was an element of creativity that felt very blocked in me. I went to Greece for a painting, photography, art program. I planned to stay for just one semester, just to get my feet wet in the arts ­ – but I fell in love with it and ended up staying for four years. I guess my time there gave me the confidence to finally say that, yes, I want to make a film.”

On writing the story for Lata

“Understanding what it means to give a voice to someone is the thing that I, as a director and writer, struggled with the most. There’s inherent privilege that comes with me saying ‘I want to give you a voice’. The first access to the film was not research but me struggling with my own privilege and the initial impulse to make this film. It’s about the concept of invisibility; the domestic space in India is sort of the fulcrum for all these practices. We are completely in denial and unaware of the realities of class and caste that surround us and that we interact with everyday.

We have built a system that works so seamlessly that I can go through my entire day without seeing an entire set of people. It was the architecture of the postcolonial home in India that fascinated me. I began to notice how all our spaces both private and public are architecturally designed to keep the service class invisible, from the basement quarters for drivers or the separate rooms for domestic helpers. We initially started writing in L.A., but it felt too distant so we came back to Bombay to finish.

Most importantly I was here to build relationships with the people I was writing about. It would be so problematic for me to sit and write dialogues about a maid when I have no idea what it’s like. Both the women that work for me, Deepa and Manisha, got more interested and involved in the process. Once the script was done we had readings with them to get their responses and emotional reactions. It was a very humbling moment because even Manisha didn’t realize that Lata is the main character ­– that we are meant to be watching her, especially in a non-sensationalised way. It made us realize how much cinema reinforces how you view yourself and who gets to be a hero. Ultimately she loved the script and they are both parts of our team, handling costumes and make up.”

On the challenges she encountered during the pre-production/planning process

“With any student or independent film, finances are a challenge. We did run a successful crowdfunding campaign, and the decision to do that was actually because it’s a democratic form of funding. It allows for creative autonomy in a way that production houses don’t. I received a lot of resistance to the subject matter of this film, not just from people in the industry but even from my own family. So as much as possible we didn’t want to be tied down. Also, our budget is small and we can’t afford to pay everyone what they’re really worth, but we are trying our best to give as much as we can. People believe in the film. Every person on the team is on board. They still choose to show up, which means that the spirit is here, and that is refreshing and beautiful. It’s an exciting energy of a successfully created ethos of collaboration.”

On the future of independent filmmaking in India

“I wasn’t sure what to expect coming back to India. Here we were, two young girls arriving at one of the most established film industries in the world. There was a lot of not being taken seriously. But I am strong of the belief that there is space for independent storytelling and it’s continuing to grow. It will take time but it’s changing for sure. It does not demand that drives this industry, it’s supply. The more we create, the more change we bring.”