Vithika Of Love Matters Shatters Misconceptions About Sex, One Taboo At A Time 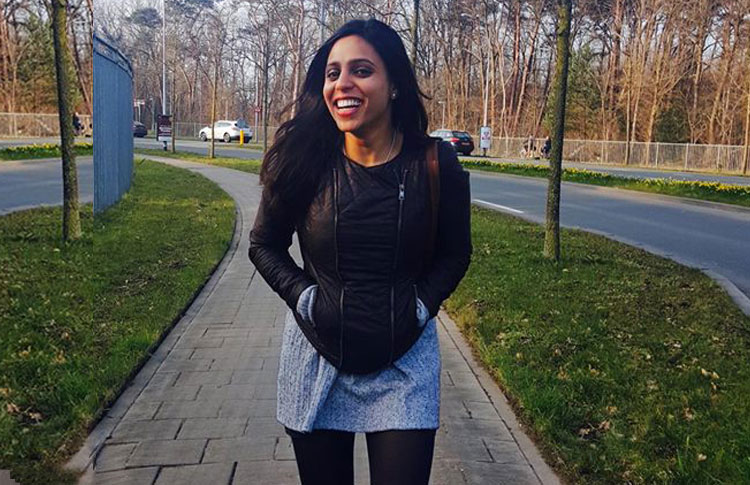 A career spanning over a decade focused on human trafficking, modern day slavery, sexual rights and gender rights, Vithika Yadav is the driving force behind India’s first platform: Love Matters that addresses relationship and sex queries of the youth around the world.

Looking at Love Matters, a one-of-its-kind portal that gives complete information and honest solutions, I knew this interview would be too much fun! Excerpts:

What were your takeaways after working at the anti-trafficking organization in Delhi?

I am an anti-trafficking specialist. Human trafficking and anti-slavery are two of the issues I had decided I want to work on, and so I began interning with the anti-trafficking organization in Delhi. At that time I closely worked on cross-border trafficking, because I was very keen on becoming a criminologist.

My experience of working there made it clear to me that this is what I wanted to do in life. My biggest takeaway was that I was blessed to have a safe environment around me throughout my life, but the reality is very different and harsh for many people. Having worked on rescue operations and prosecutions, I learned how people can be bought and sold as commodities.

What is the biggest hypocrisy around sex that the Indian society has?

Well the fact that we are the second leading country with the maximum population in the world and we don’t want to talk about sex, is the biggest hypocrisy. I mean we sure are making babies and sure are having tons of sex, but we refrain from talking about it.

Another thing I feel is that a) People hardly want to talk about sex and b) Whatever little information there’s available for the public by the media is not put out in the right manner, leaving people confused.

Any personal myth or misconception you had around sex when you were younger?

So, I had no sex education in school, and all we had to depend on were the Biology lectures which were also of no use. For a lot of years, I had very confused ideas about sex. I used to tell myself that sex is a word I should not say. I was also one of those who believed that yes, holding hands and kissing does make a girl pregnant.

My family has never said a No to me for anything in life. I belong to Alwar and have grown up in a boarding school. I was given as much freedom as my brother was. If he was allowed to stay out till 8:00, so was I. In fact, I was the only girl in my class, who invited boys to her place. My parents have been extremely progressive and supportive. They were extremely conscious of gender equality and girl’s rights when I was young that there was this unsaid understanding between us.

In fact, I had more pressure from people around. It’s more like you see something which is more like a norm and you would want to fit in and follow that. So yeah, I mean I used to question a lot but then I wasn’t sure of asking, so all I tried was fitting in.

But what I didn’t and can’t tolerate was judging a girl’s character by the length of her skirt. So once I took a stand for my friend and it was my own nirvana!

Three bizarre things you have heard in your early years related to sex and relationships?

So when I was in boarding, I used to hear that nobody is supposed to get into a relationship, forget to get close because that would have lead to making babies.

Another very weird custom I heard of was with a friend of mine. So whenever she was on her periods, she was not allowed to sleep in the same bed as others!

What has been one of the most appreciated feedback/thought shared on Love Matters?

So there are many queries that are well thought and show love and concern, but one that I really liked was of a man who commented on our sexual harassment post accepting how ashamed he is to having done that to a lot of women on public transport. He is utterly disgusted with himself and will never do anything like this again.

If you were to prepare the curriculum for sex education in school, what would you include?

There is no comprehensive sexuality education. There is nothing that is followed and discussed pan India. So what should be changed is that we are only beginning to talk about menstruation at or after 13 years of age. The age of menarche has gone down worldwide. The adolescents between 9 -12 years old need to be a specific target group with an identity in the context of comprehensive sexuality education.

It’s funny, but the most common sexual query men have is “How do I find out if the girl I am with is a virgin or not”!

With women, there are lots of questions on relationship advice and counseling. Apart from that on sex, most often the query is “Will the man come to know whether I have had sex before or not?”

With Gays, Lesbians, and Transgender, Vithika said, “There hasn’t been anything very common amongst them, in fact, there are queries catering to the confusion around their sexuality.”

Aging women are generally deprived of their sexual desires. What is your take on this?

So there are endless misconceptions around sex that we deal with every day, and this is one of them – that as you age your sex drive reduces. I don’t know what makes people say that, but I find it baseless. Age has nothing to do with your sexual desire. What does play a role is, how fit you feel physically and mentally.

What is the funniest query or question you have received at love matters?

Okay, so somebody once asked us “Can I have water after having sex?”

Really? And we shared a good laugh!

What advice would you give to an 18-year-old about sex?

I would say, please be extremely confident about your own self and your own body, do not succumb to any kind of pressure from anyone. Be able to decide for yourself as to what you want and what not. You are special, important and valuable and treat yourself like that. Make informed decisions and ask the right questions always.

Haha! Well, I had a lot of crushes, which made me really happy! But I had only one relationship, and that was with my high school sweetheart, whom I married.

If we get a sneak peek into your bedroom, what message would you have on your pillow for your husband?

It would say, “Every night you are not here with me, I miss you!” Since he is a pilot, I don’t get to see him very often.

Tell us about your most romantic memory.

So this had happened before we got married. He was living in Miami and me in Washington D.C. SO for a weekend I flew to Miami, and we flew together in a private plane which he was flying, and we kissed in the air. That was my favorite memory.

We are trying very hard to have more family time, so I am hoping he will have some changes on the work front so that we get more time together. The year will also begin with planning a trip to Goa (which is our must-go place).

So yeah, my love resolution would be to have my love around more often!

What is the sexiest thing in men and women that the opposite sex gets impressed with?

What really impresses me is two people having respect for each other and being kind-hearted.

One romantic movie you would recommend to couples.

One food you have a secret affair with?

Ummmm so many! Okay, so I would settle on Golgappas!

For all the matters of love, visit LoveMatters.