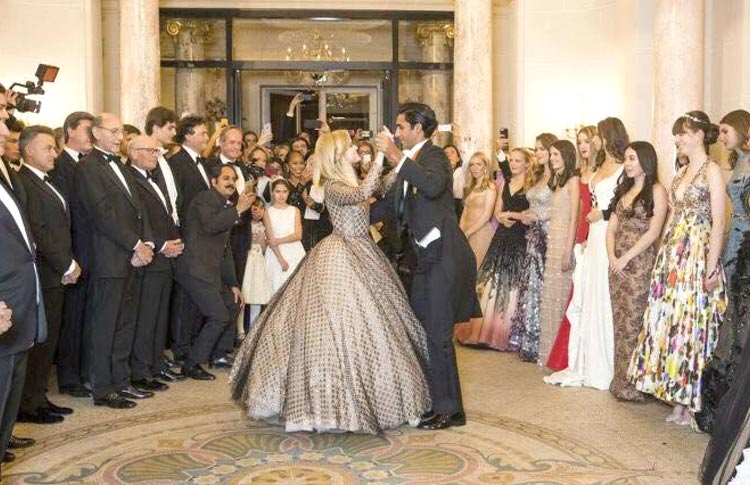 ‘An evening in Paris at Le Bal’ Ooh-la-la!

The photographs have had us fly to the dreamland already, but you don’t take the flight so soon! Wait up, and scroll some more!

A beautiful blend of a traditional ball and a “suave alert” fashion show, the charitable Le Bal des Debutantes invites young girls from notable families around the world to make their official public debut, every year. But it was the royal participation of siblings Maharaja Padmanabh Singh and Princess Gauravi Kumari this season that led the folks of Jaipur to open the dreamy window and picture them waltz dancing in their la la land.

Following the debutantes’ traditional ‘alphabetical order’ introduction of the ladies, the dapper young man, cavalier to the beauteous Ava Phillippe, daughter of Reese Witherspoon, appeared first. And little later, adorned in an elegant pink gown, walked in Princess Gauravi, with the Prince of Luxembourg!

The proud parents, Princess Diya Kumari and Narendra Singh, who were accompanying their children, shared, “It’s a matter of great pride to see our children participate in such a grand event. They both were very confident and looked just perfect, representing the royal family of Jaipur.”

And while we were still waltzing around looking for our cavaliers, Padmanabh, fondly called Pacho, got us *pawwsed* with his sweet message, “It was a great experience. I enjoyed a lot and I got a lot of exposure at the event. The most exciting part was that my younger sister, Princess Gauravi, also participated in the event.”

Taking over @cntravellerindia this eve – stay tuned !! #Repost @cntravellerindia with @repostapp ・・・ Maharaja Sawai Padmanabh Singh of Jaipur and Princess Gauravi Kumari have been rehearsing their waltz for le Bal des Débutantes in Paris. Well-born youngsters from all over the world will be joining the siblings from the erstwhile royal family of Jaipur for what will be one of the hottest parties of the year. They are taking over our Instagram stories and will be taking us see behind the scenes at le Bal this year. Stay tuned!