‘Unaware, My Mother Is Put On Medication And Denied Counseling By Her Own Timid Family’ 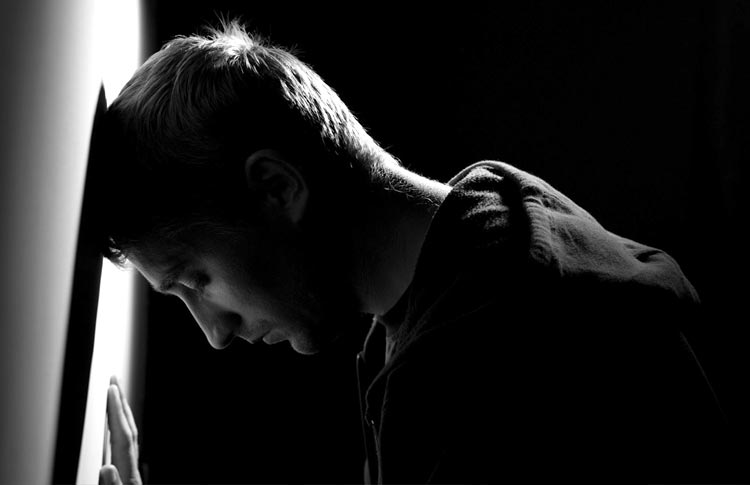 20-year-old Arjun (name changed) lives in Delhi, and he contacted IWB via email to share his story and seek the advice of the readers.

(Please note: On Arjun’s request to maintain his anonymity, the names of people and places have been changed.)

We are a family of four, and for those who meet us at functions and parties, we are a “happy” family of four. My father is a senior Bank official, and mother is a homemaker, elder sister works with an architectural firm in Ahmedabad, and I have recently completed my bachelor’s degree and will soon be moving from Delhi (my hometown) for masters.

For the silver jubilee of my parents, my sister organized a big spread last month. A rather large affair which saw family and friends flowing in from all over, everyone greeting the couple for having successfully completed 25 years together – like it was a mission to be accomplished. In hindsight, perhaps it really was. Mom was gleaming with elegance that day, and I couldn’t be happier, but however much I wanted, I was finding it difficult to be a part of all the fun and frolic. I had thoughts running in all directions, thoughts about her 25-year-long journey with her husband, children, and with depression. The latter being a spirit that she has lived every moment of her life, but is completely unaware of.

I can’t tell you how much I revisit the gone time, days of childhood, of adolescence, and try and locate my mother in those memories, but a child can only understand as much, and it wasn’t like mom’s behaviour was almost always odd (which is something I’d like to tell people – depression isn’t always about sadness and anger). But I do remember times when she remained in her room for days, and our maid would dress us for school and look after our food and other necessities. Dad always told us that she was sick, and under the shade of his ignorant attitude, we all lived.

I was in eight standard when my sister, Shreya, moved to Mumbai to study architecture, and a lot happened in these span of six years. My school was to close for summer vacation soon, and excited I was looking forward to visiting my nani’s (maternal grandmother) house. Right before the day mom and I were to leave, she got an attack which dad told me of as viral and gave her medicines which put her to sleep. It took her a week to recover, but she bounced back looking better than before, and that was the first time it irked my attention. Partially because I was home all the time, and alone, and partially because her drastic behavior change had put my child-brain in wonder.

But that visit to my nani’s place, helped clear the picture. One evening, I had just returned from the playground with my cousins, and while having water from the fridge, I overheard mom telling my maasi (mother’s sister), “I am feeling very good these days, but there are days when I feel sad, and then I don’t know how, but the time flies. It often leaves me confused though.” I don’t know what the reason was exactly, but her words made me uncomfortable, and I got reminded of the last home instance. Later, upon confronting my maasi, I got to know the truth. I was rather young to understand the depth of the matter, but from the way she said, it seemed as though the situation was bad. My mother had slipped in depression right after her marriage, and my father after having tried all the obvious weapons of anger and blackmail, consulted a doctor and put her on steroid medicines without her knowledge. Maasi looked worried for her sister, but said that they didn’t know about it till long, and couldn’t interfere later.

Troubled I called to confront dad, but given the “strict father” image he has lived, I couldn’t get myself to speak. So on returning home, I decided to wait for my sister. The following six months of wait were brimmed with pain and restlessness, but I was hopeful. When Shreya finally came, I took her straight to my room and poured it all out. But her reaction left me stunned. Her look was that of ‘so what?!’ Shreya was never close to mom, and that day, she vented all her emotions. It was sad to know that she held mom responsible for everything, from calling her an incapable mother to feeling angry with her state for having ‘spoiled’ our father’s life. I was not surprised when she later disclosed that she too knew about the medicines and that she doesn’t find it unfair.

Disturbed and confused, I asked her something that I’d once read somewhere but understood only in that moment, “If a person is physically sick, you give them medicines and rest, you don’t get upset with them for it – then how can you blame someone for their mental health?”

That day and today, hundred times I’ve thought of disclosing it to my mother, but I fear the repercussions, for I can’t put her health at stake. Endless medicines and no counseling have already disturbed her system enough. I’m angry at my father for never taking her to a counsellor. Perhaps he feared the society, because after all, ‘depression is a taboo’. The realization of which makes me feel sick. I wish to do something about it, and what I seek through this platform, is guidance.

As a part of ‘Mind Your Head’ Campaign, IWB seeks and wishes to promote free dialogue on the various mental health issues that are stigmatized by the society.