Unable To Find A Newspaper For Her Son, Nidhi Arora Started ‘The Children’s Post’ 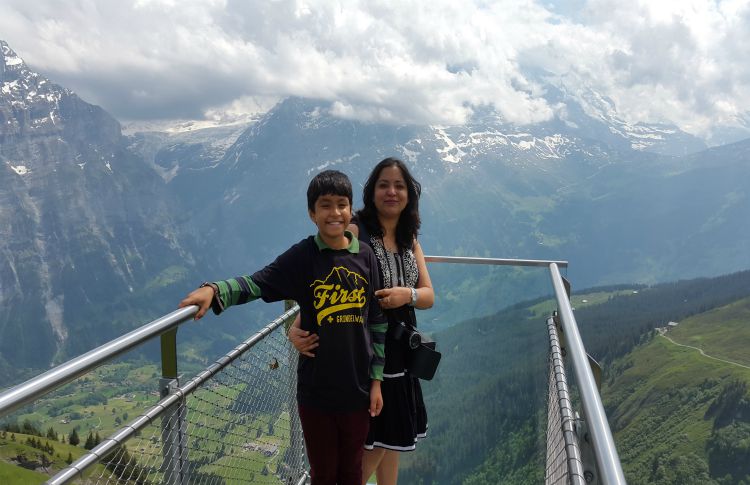 Nidhi Arora, a Gurugram mom, started The Children’s Post in 2017 since she couldn’t find a daily newspaper for her son. In a conversation with IWB, Nidhi talks about why parents should keep their children engaged and how her newspaper became an instrument for the growth of her son and many others.

Nidhi had a lucrative corporate job until December 2015, when she decided to quit and spend time with her son. She started The Children’s Post with a simple need to inculcate the habit of reading in her son. Besides the newspaper, she also runs and manages an NGO, and is the co-founder of a consulting firm. Her readers are aged between eight and 13. She desires to give a voice to the children through the paper and for the parents to hear them out.

After getting a good response from her initial readers, the newspaper was available to a broader audience. Excitedly, she shares, “We had readers from all over India, from Nagaland to Gujarat and Himachal Pradesh to Kerala. And now we even have readers from Zimbabwe, the US, Canada, the U.A.E., Doha, and Oman. It’s amazing how the readership has grown over time.”

Nidhi and her family

What was your motivation behind starting The Children’s Post?

When I was growing up, the newspaper was a big part of our daily routine. We had four subscriptions in two languages, which were very informative. But when I was looking for a daily newspaper for my son, I couldn’t find one.

My conditions were simple; morning reading was a must and it should offer good quality content. My son was nine and I was worried that if he did not imbibe the habit of reading now, it’s never going to happen. I shared my concern with Gurugram Moms (a Facebook parenting group) and spoke to them about the idea of starting a newspaper for children. I was encouraged and a lot of mothers shared the same concern. Honestly, if it weren’t for that encouragement, I wouldn’t have had the courage to start the newspaper. When I handed over the first copy to my son, he came and hugged me, saying, “Mom, if you think you know how happy I am, you know nothing.” By this reaction, I knew how hungry he was to read intellectually-stimulating content and then there was no looking back.

Aditi, a friend of mine, loved the idea, so she joined in. In two months, we had seven editors (all mothers) working on seven different editions. My model was simple; to do one edition a week for your own child and everybody gets a newspaper every day. So, the work pressure wasn’t too much on a single parent but, more importantly, we had wide-ranging ideas and perspectives on the table. Once our children loved it, we took it to a broader audience.

These days, when some say that print media is becoming obsolete, why did you not decide to give it a more millennial approach and create something like podcasts?

For me, the idea of having a newspaper originated from a simple need of giving my child something to read every morning. I would never do a podcast for my own child, even though I run India’s largest audio library in twenty-two Indian languages. I want my son to read and absorb. So, at the moment, we don’t have podcasts, but maybe sometime in the future some of our editors would like to introduce it.

Does your son contribute to the type of content that should be included in the newspaper?

What are the kinds of elements incorporated in The Children’s Post to make it an interesting read?

Well, there are puzzles, cartoons (which are done by child cartoonists), poetry, word magic, and current affairs. Other than that, we cover international affairs, economics, technology, and information security. We also have sections dedicated to guiding children on how to be a good citizen. We cover everything except for stories on violence, rape, and ISIS. While explaining the concepts to children we use various simple examples through which they have a better understanding of the core issue.

We educate them on what happens during the process of election and why is it important, what is a manifesto and its importance. So, we go right back to the basics. We groom them to be a conscious citizen of India; so that they know voting is a great power and with great power comes great responsibility. It is my desire that they vote on the basis of a manifesto and not on the basis of propaganda. We are guiding them towards a very conscious awareness of the world around them and to make mindful conversation.

How do we inculcate good habits in children?

I realise that as parents we don’t listen enough to our children. If we want them to learn about good things like honesty and gratitude we have to stop lecturing them. We need to change our approach and ask them what they think about it. Inculcate good habits in them by practising it yourself and then discussing it with them.

Formative years of children are very crucial for character building. How do we engage children in productive conversations?

For me as a parent IQ, EQ, and SQ are extremely important. Whoever said “Children are pathetic listeners but excellent imitators” said so rightly. To have enriched conversations we need to make ourselves capable of having such conversations, and then we must empower our children. And most importantly, we have to get off those screens and make conversations with them. You walk into a restaurant and you will see families glued to their phones. On a table of 10, maybe two parents will be talking to their child, and later on, everyone complains saying my child is always on the screen. When you are capable of having an enriched conversation, give your child the same exposure. That’s the only way the child and you grow.

How has your relationship with your son changed as the newspaper evolved?

The quality of our conversations has changed big time. The first thing that happened was my child became a cartoonist; he started creating a weekly cartoon because of the newspaper. Before that he had never done anything that involved discipline, commitment, and timely delivery, he had no concept of these things. He found a creative expression and became responsible. He has become more aware as a person and therefore is more confident now. Both of us have evolved in this process. Seeing such a big difference in him motivates me to work hard for the newspaper.

Do you wish for the newspaper to be read in schools?

Yes, I would love the newspaper to be a part of the school activities. I recall, my son was asked to bring a newspaper clipping to school, and I did not give him the paper. I could open to page 23 and hand him over to take a clipping, but what was the guarantee that he would not flip over to read a news related to violence or rape. That’s why The Children’s Post was made.  I would even love to see the newspaper on stands in hotels, hospitals and children’s activity centres.