Through A Moving Photo Series, Niraj Gera Is Trying To De-Stigmatise Menstruation In India 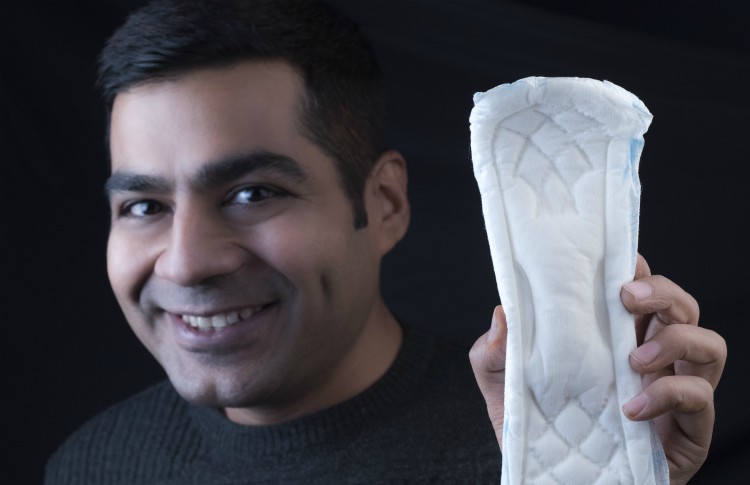 While a woman in India is seen as a Goddess for her ability to reproduce, the same woman is reduced to an untouchable when she is menstruating. Where do these double standards come from? And more importantly, does this hypocrisy ever end?

When award-winning photographer Niraj Gera first started his research on the topic of menstruation, he was in for a big shock. The statistics left him stunned but he was left even more shocked with the fact that men in India were never even educated about all that women went through.

The experience thus inspired him to capture all his findings in a photo series called “Sacred Stains”, through which he is aiming to “talk loud and proud about periods & menstrual hygiene.”

Sharing what inspired him to do the series, Niraj says, “As a photographer and Art of Living faculty, I have been associated with various social causes for a long time now. It was only recently that a close friend of mine suggested I speak about the stigma associated with menstruation as she herself was working on menstrual hygiene through “Project Pavitra” in The Art of Living.”

Having seen women around him going through a lot of silent agony, Niraj felt like this was a topic that really needed to be talked about and thus started his research on the same. He was left rather flabbergasted as he did research.

He explains, “I found out that 82% of the women in India did not have any access to sanitary pads due to financial constraints and a lot of them had to use unhygienic substitutes like ash, sand, leaves, hay, newspapers, sawdust, unhygienic cloth, etc.”

He adds, “It was really disheartening to find out that over 20 percent of girls drop out of school after reaching puberty. Such facts and information stirred my soul and I decided to take up this cause in whatever capacity I could. Photography appeared to me like a good starting point and thus I decided to begin with a visual story.”

It took Niraj approximately 6-7 months to complete the series and the process had its own challenges. “It was only during this series that I found out how deep the taboo around menstruation was. It was not easy to get even women to talk on the subject.”

However, he was determined to go ahead and kept reaching out to more and more people until he found those who readily agreed to talk on the subject. A number of NGOs, his Art of Living family, and his friends also came forward in his support. He reached out to a number of slums, educational institutions, and villages to understand the issue in depth.

“In order to make it more authentic, I also a paid a visit to remote villages in Bihar and Nepal for this photo series,” he shares.

Now to further the cause, Niraj has also started a Change.org petition, urging the government of India to participate in the movement and provide free sanitary pads/tampons to women struggling with period poverty.

While laying a special focus on the stigma, in this series, Niraj has also tried to cover the hypocrisy that the entire idea is marred with. If you think about it, while we shun periods, the ability to give birth is always looked at as a blessing. But aren’t the two inseparable?

The same is beautifully captured in this picture from a coming of age ceremony, where the onset of puberty is being celebrated with a number of sacred rituals.