This Jaipur Author Justifies Her Book Title With A Plastered Leg 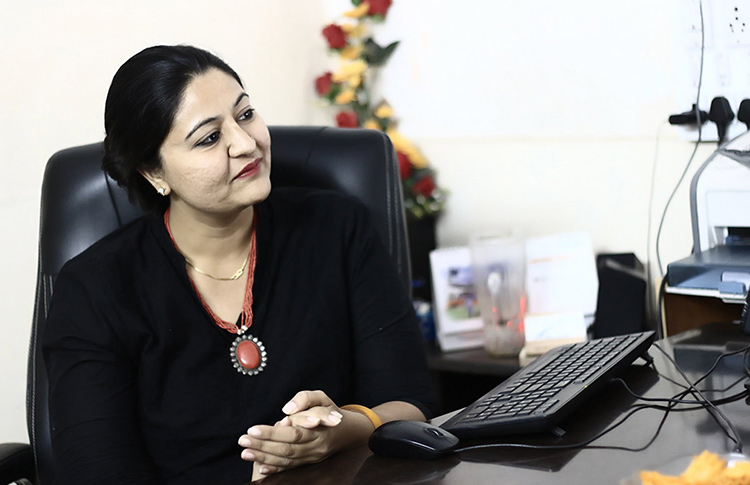 It is wisely said that if a writer falls in love with you, you can never die. And oh, how true that is! I recently met the Author of the novel “Fall of a Bride”, Anoushka Singh and I think she’d taken the title of her novel quite literally.

When I reached her office, I saw her leg plastered up. Anoushka swore it wasn’t an attempt to publicize her debut novel (and later winked).

One of the reasons I believed her was the confidence in her eyes as well as the fact that she is a teacher. Yeah, she teaches English at the Sawai Mansingh Vidyalaya.

Fall of a Bride

Most of the book revolves around the two protagonists Sayra and her mother. The story is inspired by real people. They come across each other in their melancholic lives. Here’s what the Blurb of the book looks like:

” because she could not be his novel…..”
Sayra was born to disputed parenting; the outcome of clash
of egos. This was a pertinent caveat for her future. Sayra’s
resilience, marooned soul, evanescent love and Coruscant romance
bring her to her destiny. The slanderous accusations posed at her,
debilitate the very existence of her love relationship and the obscene
proposal put to her by her husband opens a jeremiad to the 22nd
Century generation. This is a story of her predicament, juxtaposed with
the tales of three women yearning for love, respect and dignity.

The book gives out two messages to its readers: it tells you about the aftermaths of single parenting & fulfilling physical desires.

Duration of writing the book

Anoushka, pen name, Noush, tells us that she completed the novel in merely a month and a half. Now, that’s impressive. She got in touch with the publishers in March and not long after, her book was published.

The book is about the end of dreams, and end of imagination. But then, it’s also about new dreams and hopes. They don’t hold time!

Sidney Sheldon – Master of the Game

I haven’t faced any Gender bias, maybe because I don’t believe in it. People tend to think that female authors are not read too often, and that’s not true. Women don’t need to use male pen-names anymore. For example, Sidney Sheldon sounds like a woman’s name, right? Someone who picks up his book for the first time, probably won’t even realize it’s a guy who’s writing these stories, but look at how good he’s doing.

Ending of the book

I like how it has ended, even though it does have a bitter ending! There is no other way I would have it end.

Falling in love with a character

I was 17 when I fell in love with my husband. He used to live in Mumbai, so we’d exchange love letters. And oh, was it a dramatic wedding! My parents didn’t agree, and it was only after 7-8 years that they finally came on board.

Oh, I forgot to add. Our houses were about only 500 meters away. So you can call it “Chajje chajje ka pyaar”.

Million Colors of The Sun

And that’s the title to Anoushka’s next book! Can I tell you a little secret? It’s about her husband!

Also, the Million Colors of the Sun refers to the million failures we face before tasting success.

Whose choice is the cover?

Well, honestly, my husband and I had both rejected it, it was the others who loved it! We went with their choice, and now the cover seems to have grown on us.

Importance of Networking for an Author

No matter what field you choose, networking is of utmost importance. Get out there, talk to people, hear them out and get your voice heard!

I’m not a coffee lover, so that’s that! Haha!

If your novel would be a:

Anoushka’s book “Fall of a Bride” is available here. The book is priced at only Rs. 150.