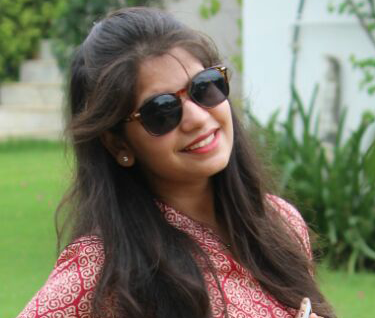 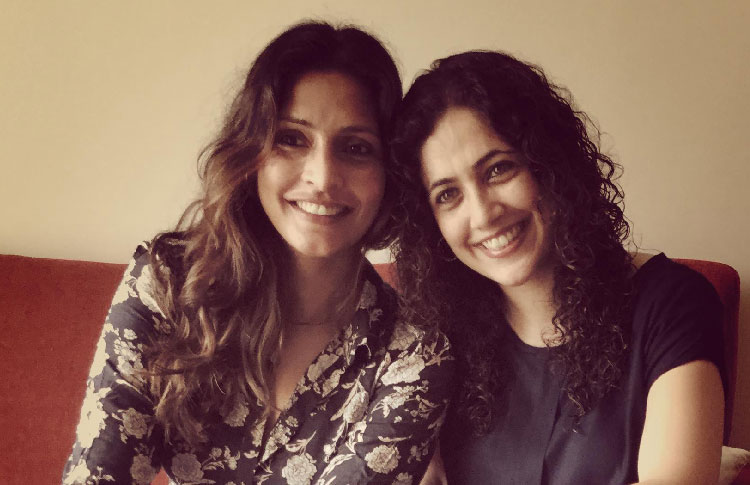 If the smell of baby poop is driving you nuts and making you behave like a lunatic—don’t freak out!

Madhuri Banerjee and Rohini Tiwari are here to serve you some chilled margaritas and whiskey slush from ‘The Flaky Mummy’, which sure will pull you out from the world of dirty diapers and cranky mood explosions.

‘The Flaky Mummy – A Quirky Guide To Surviving Motherhood’ by Madhuri Banerjee and Rohini Tiwari is a book on surviving motherhood through a cocktail menu. Very interestingly, they have titled the chapters as names of cocktails, and the recipe of each cocktail is at the end of the chapter.

Let’s find out how quirky did they get while writing the book.

Which character in the book do you relate yourself to the most, and why?

Rohini: Well, I identify with each character to some extent. I have experiences of the interfering relatives giving unsolicited advice as in ‘champagne pop.’

*It can totally make you go urrrggghhh…*

I have to mentally kick myself when the tiger mum in me rears the head. I am known to get super competitive when it comes to my child. So, it is an ongoing battle to rein me in.

Just like in the Grasshopper, I have tried my hand at some paternal fad to disastrous consequences. I did try for few weeks, baby led weaning. There is a nice white veneer tabletop in the house which is stained orange from all the carrot purée being repeatedly rubbed into it. Most of the experiences written in American Collins have actually happened to me so, in that sense, it is probably the one chapter I relate the most to.

Madhuri: All the characters of the book are so relatable that very often while reading the book you’ll end up saying ‘Oh, it happened to me too’, and of course, by evening, I need a cocktail to survive!

Being a single Mother, which cocktail recipe would you recommend to all the Single Mothers out there?

Madhuri: I would recommend you try all the recipes from The Flaky Mummy. I’m particularly fond of the Grandma’s Whiskey Slush. It has the hint of whiskey but not so bitter. Like pregnancy in your later years, it has the kick of excitement with the sweetness of maturity.

Rohini: If you read the book you will realize that the struggle of both single mum and married mothers when it comes to child rearing are the same. The book is a satire on how straitjacketed parenthood has become. We have become so engrossed in being mums that most of the time we lose our own selves.

The book is for the mothers to realize what a good job they are doing and to raise a toast to that. So, decide on your favorite tipple (for inspiration refer to our cocktail guide at the end of the book) and relax!

Personally, I am quite partial to a nice chilled glass of champagne.

Cheers to that one…!

What conversations about relationship do you have with your daughter?

Madhuri: I deconstruct relationships with my daughter all the time. I got divorced and still stayed best friends with my ex-husband. When I go to Delhi, I stay in my ex-mother-in-law’s house and love chilling with her in the evening. I make sure my daughter realizes that she doesn’t need a prince charming to rescue her because she can do everything herself, just like I do. I tell her that marriage isn’t important. Companionship is. And it’s okay if friends and family and your partner let you down. Because they love you anyway but at that moment, they might not have the time for you but will do so later. And that she has a family that adores her for who she is, not what she looks like.

I give her opportunity to think, speak, listen, understand and formulate her own ideas and I encourage her to go against any norm I set because she’s an independent, brave, intelligent person.

Women tend to stay in relationships purely for Family Honor. What would you say to these women?

Madhuri: Not everyone has the opportunity to leave bad marriages since they are not financially independent. I would let these women know that they need to find work and stand up for themselves within the household first. Once they have enough confidence and money, they can choose to stay or leave.

Also after a passage of time, people and families’ structures change. If you keep yourself occupied and wait it out a bit, maybe you’ll see a paradigm shift within the system.

Domestic violence should not be tolerated at all, though. Find a good lawyer when that happens.

Women are generally not vocal about their feminine desires. How should women break the social barriers which stop them from enjoying a healthy relationship?

Madhuri: Single women have an opportunity to be on dating apps. Married women need to be more vocal about what they want as well and learn how to seduce their husbands. It’s quite sexy to have a woman initiating lovemaking. They should not be slighted if he doesn’t take the bait the first time. They can try again in a different manner the next time. Both single and married women should also not feel ashamed of being proud of their bodies, owning their sexuality and pleasure themselves often enough to be confident in the bedroom.

A recent survey showcases that the more fantasies play in your head, the more active and sexually alive you are in the bedroom. So reading more erotica like ‘Forbidden Desires’ and ‘Scandalous Housewives’ can help in arousing passions and breaking the social barriers.

Being a woman author who writes about sex and relationship liberally and open-mindedly, what stereotypes did people assume about your personal life and how did you fight back?

Madhuri: Thankfully the majority of people who read my books were liberated enough to pass judgment about my personal life. However, I get hundreds of personal messages from men on my Facebook page declaring their lust for me. Most are extremely juvenile and I’ve chosen to ignore them but the day it gets vicious I shall expose those stalkers. I doubt they’ve even read my books. Just the titles have given them liberty to think in a stereotypical manner.

The people, who have actually read my books, have loved the story, plot and amazing characters that they have said they know, feel and are themselves.

Women tend to dwell on their past relationships too much at times, which hampers their daily life. How should these women find a way out?

Madhuri: You need to change the patterns of your life to get out of a relationship mess. A man/ woman cannot define you. You are made for greater things in life. You have chosen this man in your life to fulfill a need you have now. Find what else can fill that need. Fill your time, energy and space with activities that are fun and fulfilling. Join a running group or yoga group. Chant to yourself, “what more can I do to get over this relationship and how can I heal? Anything that’s getting in the way of this I un-create and destroy!” Chant it ten times a day, every day.

Today guys and girls hook up very easily through social media. Do you feel relationships these days are getting more casual?

Madhuri: Just because they’re hooking up on social media doesn’t mean it’s casual. And just because an aunt has introduced them or they’ve met in a friends’ group doesn’t make it more serious. The social media is there to give you an opportunity to meet new and interesting people. But it’s your personality and what you want from life and a relationship that makes it serious or casual.

You began writing fictions around female-oriented topics. But, one of your novels, ‘My Clingy Girlfriend’ empathizes with Men. So, have Men responded positively to this novel?

Madhuri: Men who have a funny bone have found it hilarious and enjoyed it. It was a satirical, black comedy that men and women got which showcased a hyperbolic version of a typical boy-girl relationship. It’s like looking into an exaggerated mirror at the circus fair which stretches your shape a bit but the truth is still there.

I recently sneak peeked into the book. And she is right…It might be a little exaggerated but it is so damn funny 😉

Are you working on another book?

Madhuri: Yes I’m working on a book called ‘Tarot Tina’ for an app called Quick Reads which is launching soon.

Banerjee has stretched her hand into Bollywood script writing with “Hate Story 2” which was a revenge story. What was your inspiration behind this story?

Madhuri: When Vikram Bhatt had spoken to me about this story, the one thing that really moved me was the strong female protagonist. How she actually transforms her life from being a woman who is abused to being a strong person who takes charge of her life. It actually portrays the strong power of love and a woman’s fight against the system. The idea appealed to me as most of the heroines in my books are similar to the story. I wrote the screenplay in just one month as the thought and dialogues just flowed.

How do you think feminist literature can evolve further?

Madhuri: I am very interested in finding out about the stories of small-town India and the feminist movement that is occurring there in small ways. It’s the core of our society. I have written largely about urban metro women and it would be fascinating to have an insight into the changing mindset of middle India and its women through Indian Literature.

If you had to recommend a book to the following writers which books would those be:

– Ravinder Singh – ‘Scandalous Housewives‘ so he knows that women don’t always behave in a traditional manner.

– Durjoy Dutta – ‘The Flaky Mummy’so when he becomes a dad he’ll know what his wife is undergoing.

– Ravi Subramanian – ‘My Clingy Girlfriend’ because he is researching thrillers and needs a little dose of humor.

– Shobha De – ‘Forbidden Desires’ because it’s a different style of writing that she may enjoy.

– Twinkle Khanna – ‘Losing My Virginity And Other Dumb Ideas’ because she can ask her husband to play Arjun in a movie.