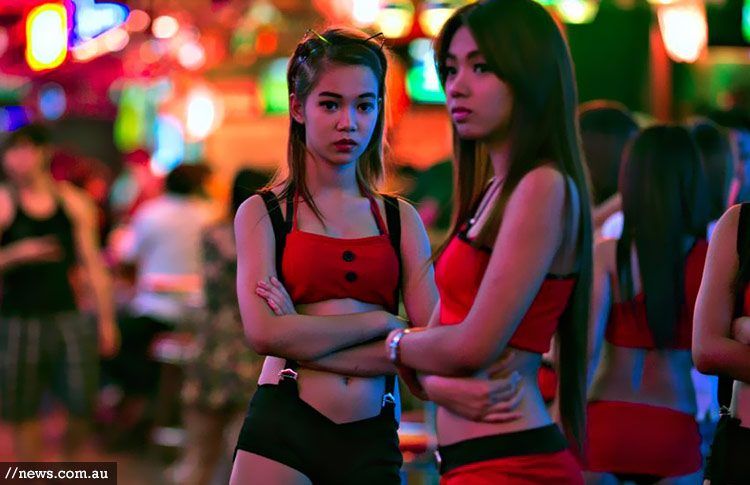 Thinking of Thailand always made me think of beautiful beaches and the night sky. Sadly, I’ve never been to the place, but now, people only talk about the sex tourism in Thailand. The place that was once known for its culture is now seen as a place where people go for “business trips.”

I bet Pammi aunty out there is looking at this and going, “Haawwww!” Well, sorry to break it to you aunty, but it’s true.

The sex industry is widespread throughout the country. More than 120,000 women are employed as sex workers as said by the authorities who are quite ignorant towards it.

Due to the country being portrayed like that in many Hollywood films, people have started associating Thailand with Prostitution.

What’s funny is the fact that Prostitution continues in a country where it has been banned since 1960 also considering that the predominant religion in the country is Buddhism.

The Telegraph reported that the Thai government wants to get rid of the sex industry and increase the country’s appeal among wealthy people and also make it attractive to women.
Kobkarn Wattanavrangkul, Thailand’s first female tourism minister, said she wanted her country to be known for “quality tourism,” adding, “We want the sex industry gone,” reported Reuters.

She disagreed that the sex industry is the only thing attracting tourists saying: “Tourists don’t come to Thailand for such a thing. They come here for our beautiful culture.”

The sex industry caters mostly to Thai men, but tourists flock to bars and massage parlours, many of which are fronts for illegal brothels, as reported by the Reuters.

Organisations that represent sex workers have agreed to support the demolition of the sex industry only on the condition that the government will provide support to the women, many of whom become sex workers out of poverty.