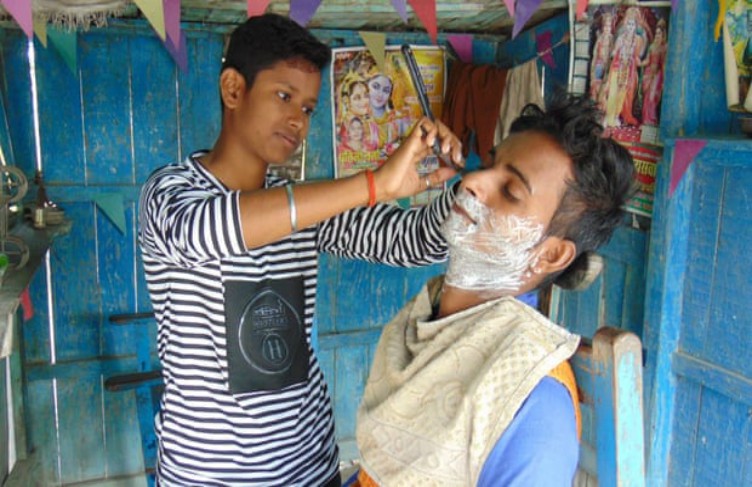 The state government honours two teenage sisters from a village called Banwari Tola in Kushinagar. For four years these two girls had pretended to be boys to be able to run their father’s barbershop after he became seriously ill.

18-year-old Jyoti Kumari and her 16-year-old sister Neha started running the shop in 2014 as it was their only source of income. The girls explained that they started dressing as boys because the customers were reluctant to go to a shop run by women and many did not behave properly with them.

But in a pleasant turn of event, the villagers grew to accept them and soon became loyal customers of these young girls. This gesture of the girls is truly heart-touching and the villagers thought so as well.

The father of the girls, Dhruv Narayan said that while it troubles him that young daughters have to work so hard, he is proud of them and the fact that they managed to get the family out of a financial crisis. They now earn around Rs.400 in a day. Their story garnered attention when it was covered by a Gorakhpur based journalist and the felicitation from the state government followed.