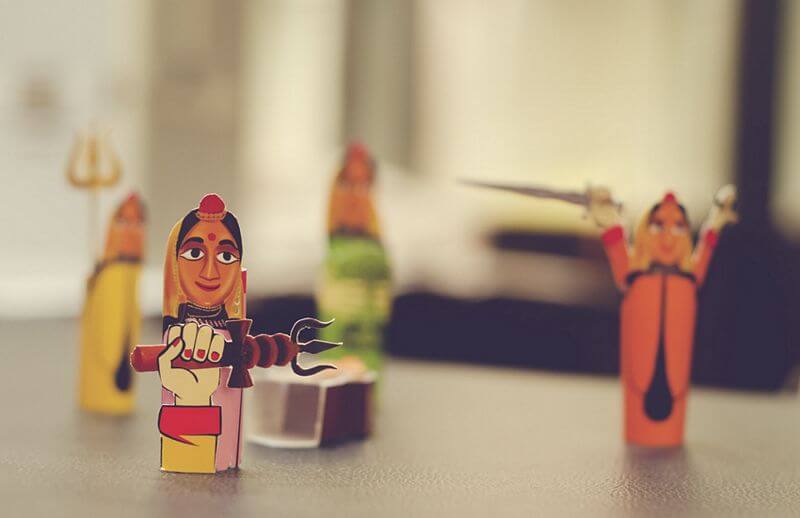 Our SHElection campaign is towards 2014 elections where we have a message for women…and men. Campaign is fully named as SHElection: Finger Puppets – she doesn’t play dolls anymore. As the name suggests, we will portray a strong message that women are involved in different games now. She drives cars; takes up in career, and raises the powerful voice.

As an extension of our 1st campaign ‘Finger in the Pie’, in which we have discovered so many roles and many pies together with 23 leading business ladies of Jaipur, Nayaab Jewels is pointing another Finger towards women empowerment. It is initiated with only one motto – to tell the world that woman is wise and strong to take her own decision. And this time, she is not going to vote for undeserving party, rather she will take charge and will voice up issues that keep you aback. With our 7 Jaipur women from different fields of interest and ages 18 to 80, the Finger-puppet photo project has taken its 1st fly at Nayaab’s showroom in Jaipur.

On Sunday we have enjoyed the Finger-puppet photo shoot with 5 of them where they posed with their very own puppets we had customized for them! These finger puppets were the visualization each one of them gave while describing the symbol of 49% of women voters. Let’s give you a sneak-peek of this fun photoshoot.  A little of touch up was given to these beauties so that harsh camera lights don’t overdo their natural beauty.

Meet Megha Rathore, an 18 years old college girl, President and Founder at Xavier’s Debating Society, was all fun and game. Her age defines her energy while her brain that of a Strategist. Voting for the 1st time, the young lady wants to see Indian women with the talent of a ‘belan’ and strength of a ‘trishul’. The black gemstone Nayaab ring is surely complimenting her bold finger puppet.

Neha Khunteta, few years into marriage, a talented Jewelry Merchandiser is our 2nd participant. Her perception of today’s saree clad woman is that of a ‘Devi’ – someone inhibiting power and fighter’s spirit that she has expressed in the puppet. The red gemstone ring of Nayaab is version 2.0 for the Red Indian Bindi.