Sexually Harassed At The Age Of 7, Akrutika Khetan Is Ensuring That No Child Faces The Same Fate 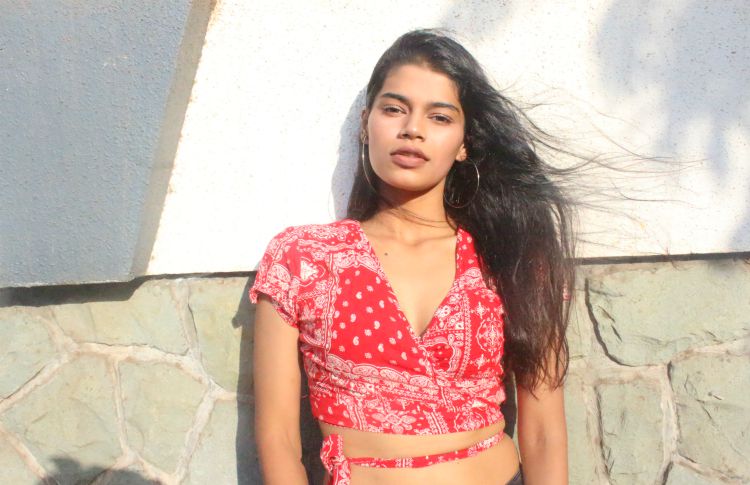 Actor and model Akrutika Khetan was only seven when she was sexually harassed by a milkman in the lift while she was getting home. He slid his hand under her frock that left her terrified. Luckily the door opened and she ran out completely shaken. Akrutika felt dirty, but she didn’t tell anyone about the incident and little did she know that something like this would happen to her again.

Two years later, she joined a table tennis class, where the coach would touch the girls inappropriately while pretending to teach them. It was while watching Crime Patrol on TV that her dad asked her to join martial arts classes so that she could learn self-defense. Realizing the power and confidence that Capoeira (a form of Martial arts) built in her, Akrutika put her heart and soul into teaching the same to kids of ages four and above. Knowing the fact that these kids could now fight back helped Akrutika sleep better at night.

Excerpts from an interview:

You recently shared your sexual harassment story in a Humans of Bombay post. It takes a lot of courage to come out with such stories.

I didn’t share it with anybody before, till the time the Humans of Bombay post came out. In fact, I hadn’t even told anyone about this post coming out on the page. I never wanted to tell anyone about it because I didn’t want anyone’s sympathy. But then I started hearing a lot of people talk about their experiences, and that’s when I thought to myself that if I can say this out loud and if it helps other people come out and talk about their struggles in any way then why not. Also, I wanted to make my cause bigger. I wish to see a martial artist in every house so that people become more confident in tackling such situations. Frankly, I assumed that people would judge me for my story, but surprisingly I got a lot of support and everyone was very loving.

So how did you deal with it back then all by yourself?

It was a struggle. I used to read a lot of stories about many such incidents and I felt really bad about it. It was really hard for me to accept the fact that it’s not just one incident, but almost every day women go through harassment in every space.

Apart from the two incidents that I shared in the post, another one happened when I was 10. My best friend and I were going to a dance class in a rickshaw and a man flashed us. My friend just started crying and we never spoke about it after that. Things like this keep happening every day and it’s just a personal struggle that people don’t talk about. So, all that build up finally got released when I shared it in the post. I never told my parents about it because I didn’t know how would they feel and would just probably land up blaming themselves. So my parents still don’t know about this, but my brother got to know when the post came up. He questioned me as to why I didn’t tell him about those things. But the fact was that I didn’t know at that time what was happening with me.

By the time I realized the intensity of the situation it had become too late. However, after all this, I also realized that it is important for people to confide in someone they trust. And hence, I have built a similar relationship with my students. When we take Capoeira classes, we educate both girls and boys about such things because sexual harassment doesn’t only happen with girls. Also, times have changed now and a lot of awareness is created. With sex education in schools, a change is being slowly observed with children being more confident.

In the post, you shared that you are about to start a new chapter in your life. Can you share the decisions you have made for yourself and what place does martial arts have in this new phase?

I have always been a bright student, but I never wanted to get into a corporate job. I always wanted to be an actor and so, last year, I told my parents about it and they were open about this decision. I took part in a very well-known pageant where I reached the top five spot but one judge said, “You have all the qualities to win except for the fact that you are fat.” I was shocked to hear that and it made me think why I wanted to get associated with something like this. I underwent a major transformation as I weighed 120 kg before and I am now 60.

The thing with the modeling industry is that they literally want skinny women. When I approached people for work they asked me to lose more weight and I said that it was impossible for me to do it because I had lost all the weight that I could. Having a broad body structure posed as a problem and I sort of gave up the idea of joining this industry. But as we slowly observed the narrative of body positivity taking over, I found an agency that welcomed every body size.

So the idea of losing more weight did strike me initially, but then I thought what am I doing. I teach young girls and I don’t want them to look at me and tell their parents that I don’t want to have dinner tonight because I want to lose weight. That’s not the influence I want to have on people. I want to be the inspiration where people look up to me and say, “I want to be strong like her and not stick to the body images that have been set.” I’m in a happy place now where I’m getting good work as a model, and I’m also teaching Capoeira. I will soon be starting my own project where I will be teaching this form in NGOs.

So how did you take up Capoeira and what all do you teach?

It all started two years ago. I learnt this martial arts form for myself, but eventually, my instructors liked my work and I was offered to teach the kids. Currently, I’m training 600 kids from the ages of four and up. As this is a really tender age, we don’t want to teach the kids only that you are supposed to hit and kick, as we promote peace and harmony. We practise social Capoeira that teaches them togetherness and unity. However, when it’s important then only we guide them to use their hands and legs. We have Capoeira India private centres across Mumbai and presently we teach in 12 international schools.  The response has been great so far. When parents come and tell me that their kids are enjoying it and they are becoming more confident, that really pushes me to work harder.

In our society girls are taught to be soft and gentle, and this mindset leads to them feeling under-confident while confronting the perpetrator. So do you train your students to overcome this mindset?

In our classes, we do not promote gender rules. There are no separate classes or lines for girls and boys. Everyone does everything that is taught. We teach the kids through games and stories, giving them scenarios like if someone attacks, how should they defend themselves and run away. Or if they are touched inappropriately they are supposed to raise an alarm, and the importance of sharing such incidences with their parents. In addition, we teach them that they shouldn’t be scared and use their voice, as a four-year-old cannot overpower a man. There has been a lot of thought put behind each exercise that we make them do.

145 Likes, 5 Comments – Akrutika Khetan (@akrutikakhetan) on Instagram: “It’s summer time, and it is time for some street Rodas. Here is a fun game I had with little…”

Would you credit your body transformation to martial arts?

Of course, yes. I had zero flexibility in my body when I started, but now I can do splits and what not. Also more than that, Capoeira has made me very confident which pushed me to pursue my dreams. One amazing thing that it also did was to inculcate discipline in my life. And discipline not only in terms of lifestyle but also in the mind. This martial arts form teaches you to be in control and calm.

I remember when I started learning this form, for the first three months I didn’t realize how important it was until an incident opened my eyes. I was at the Andheri station and a guy was trying to act smart. In a reflex action, I just turned and my leg went and hit his face. He got kicked in the eye and it started bleeding. That’s when I realized that my kick had so much power, and if practising for 20 minutes a week can do something like this to person, then practising it every day will help me so much. I can travel the world confidently now with just one kick. I wasn’t scared anymore because I could handle any situation and take care of myself.

Wow society has put so many different types of insecurities in our mind it’s crazy. I have a lot of bruises and marks on my legs. Thus for the longest time, I used to not like wearing shorts, because “marks” are ugly and flawed. Only a few years ago did I understand that these marks are a part of me. There is a story behind each one of them which probably makes me a little more interesting as a person. Let’s accept ourselves the way we are a little more this year while working for everything we want to be. PC @rawatkajal . . . . . . . . . . . . . #fashionista #style #instafashion #hiphop #StreetStyle #StreetFashion #streetwear #outfitoftheday #ootd#summer #coolcolors #styleblogger #sneakerhead#shoots #poser #picoftheday

1,050 Likes, 17 Comments – Akrutika Khetan (@akrutikakhetan) on Instagram: “Wow society has put so many different types of insecurities in our mind it’s crazy. I have a lot…”