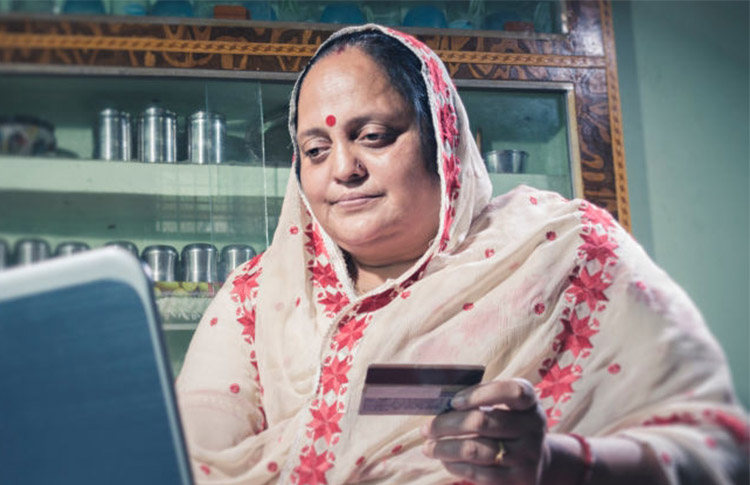 We at IWB are of the strong belief that as new business ventures mushroom in scores with every passing day, it is the ones with a conscience that will stand out and sustain in the end.

Aanetos by Sanjay Bapna is one such business venture that was born out of the drive to make a real difference.  Sanjay shares, “The moment this idea struck me, I discussed it with a few people, some of them seniors in marketing, and they felt like it was a good idea and thus we went ahead with it.”

Now, what is Aanetos and what it makes it different from the other businesses of the same league? Basically an apparel brand, it is a very fine example of conscious entrepreneurship, where Sanjay and his team have come up with the unique concept of Fashion Coordinators.

As Sanjay explains it, the idea goes like, “Going beyond the regular marketing, we are trying to create a new channel called fashion coordinators or the FCs. These FCs will be promoting and selling our products on various platforms like social media, phone, or even through mouth publicity. In lieu of their service, they’d be getting a certain percentage of the sales.”

Sanjay shares, “We want to promote more of the FC business than what will be through our website. We wish to collaborate with women who are actually in need. It will be our endeavor to try and get women to become our FCs so that they can become financially independent and are able to support themselves.”

He adds, “Since they will be working through electronic media, it is kind of a work from home for them. They can also go about it very subtly without anyone knowing that she is working or earning. Our aim is to make these women financially independent so that they can live a life of confidence and dignity.”

“We will be more than happy to rope in widows, divorced women or women who have to support their children on their own. Such women are prone to exploitation in a number of ways and we want to give them a chance of making a living so as to end their dependency on other people.”

The business model at Aanetos has been designed to benefit these FCs. The customers who buy the products from them would be able to avail certain special and quantity discounts that wouldn’t be available on their website. A very good margin has been allocated to the FCs wherein they can earn anywhere from a few thousand to maybe a lakh or plus.

To top it there is no need for the FCs to invest into the stocks, to give any logistics price, or to go and meet people one to one. The only contribution that they need to make is a small minimum security deposit of Rs.10000 just to ensure commitment. It is refundable in case the FC wishes to discontinue at any point in time.

The FCs would be sending designs to the customer base through an electronic base which would also add a more personal touch to the entire business model. “It is like we have created a new channel between online shopping and buying from the retail,” says Sanjay.

Talking about their products, Sanjay shares, “We have a very senior experienced designer, Mrs. Khunteta working for us. We are ensuring that we create good products and they are being manufactured by very experienced and able craftsmen. Each sample that gets ready we try to see that it is done to perfection.”

Speaking on his endeavor for women’s financial empowerment, and the importance of the same, he says, “It is extremely important to check the exploitation that may occur given the Indian culture where traditionally women are not encouraged to work outside the family due to which she becomes very dependent upon male members. The only way to put it on a check and combat is by making them financially independent and that is what we are striving to do at Aanetos.”

“Along with the business, we hope to make a difference to these women,” he concludes.

Keeping up with their philosophy of women’s empowerment, Aanetos also joined hands with IWB for the Vocal Streets campaign as its outfit partner. If you haven’t already seen our singer Komal Panwar claiming the streets of Jaipur in their vibrant kurti, here is the link to our second Vocal Streets Anthem:

It’s that time already peeps – Unleashing the high octane and high on power cover song “Mardaani Anthem” by our very own vocalist – Komal Panwar. In musical collaboration with the Jaipur Police Band, we are drumming & marching forward to reclaim and own our city streets.