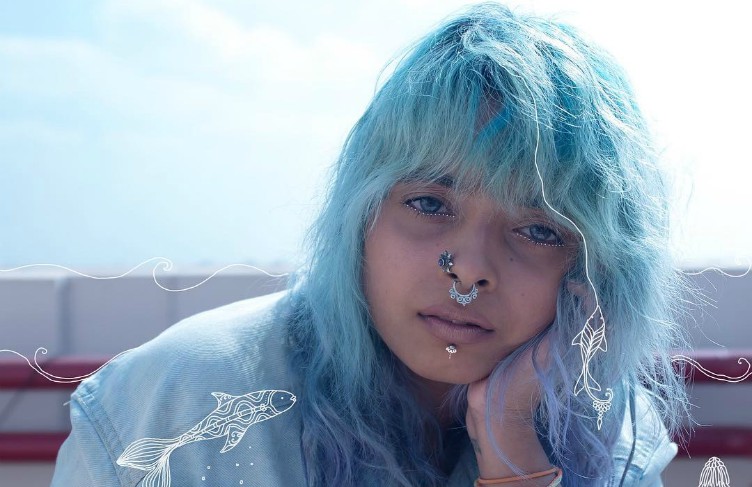 “Sex is a such a beautiful life process which we have made so negative that everything pertaining to it is made to sound disgusting, it is made to sound as if you are doing a bad thing if you are having sex or if you are even talking about it when in reality it is the reason we all exist. Our societies hushes all of these things and yet we are one of the largest populations in the world. How else are we making it happen without having sex,” asks Roshini Kumar who has been raising the same questions through her photography.

A lot was revealed about the hypocritical mandates of our society when Roshini came up with her photo series Bad Company – The Secret Lives Of Good Girls earlier this year. Drawing inspiration from the sexual revolution of the 60s, the series traces how India is currently mirroring the same dichotomy that the Western world faced in the 1960s when it comes to the attitude toward the sexual desires of women.

Roshini explains, “I think sexual revolution everywhere started happening sometime in the 60s 70s and 80s when the idea of free love and being open with one’s sexuality began to be practised. However, even then pre-marital sex for women was seen as a taboo and thus many underground communities started being formed where the women could embrace their sexualities and just be themselves. That’s exactly the scenario in India right now and that’s why I based my series on women having an underground sex party because they were not allowed to be free openly.”

Digging further into the theme and the idea of her photo series, Roshini says, “All of us have sexual desires but women are taught from a very young age to suppress it and thus that’s exactly what we do throughout.”

What Roshini says indeed makes a lot of sense. A woman in our country is either a saint or a sinner and of course, there lies nothing in between. We are so obsessed with the homely girl next door image of a woman that the instant we feel she has transgressed its premises we throng her with labels.

This is exactly why so many women have started opting for the option of living a dual life where she can maintain a righteous domestic goddess front to the world and live a life of her desires in the underground.

Roshini explains, “We are all made to hide our desires as if they are very wrong but at the end of the day everyone has carnal needs and everyone enjoys sex.” This is exactly what she conveys through her photo series.

But isn’t it about time we envision a sexual revolution in India where people of all genders can exercise love freely? Roshini feels that owing to the strong vein of patriarchy that runs through the country, even if we try bringing a revolution, things would pretty much be same.

Like she explains, “If you look around, our country still is very patriarchal, there still is a huge gender gap, and there still remain a plethora of restrictions on women.” However, she also senses a strong wave of feminism that is building in the country right now and feels that if it channelised correctly then we would finally reach the point where “free love can be practiced equally by all without being named or labeled.”

Roshini believes that the state of ultimate sexual liberation would be when “we are all comfortable with our bodies, can wear and reveal whatever the hell that we want to, where there are no labels on people for pursuing something as natural as their sexual desires, and when we do away with the negativity around the entire idea of sex.”

While the ultimate sexual liberation might lie somewhere in the future, it certainly starts right here, right now. Like Roshini says, “I think the only way to fight right now is by not caring about what people think.”