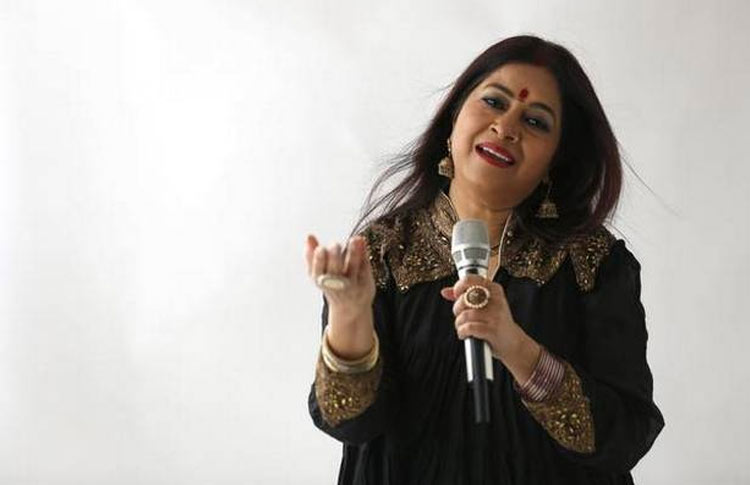 Rekha Bhardwaj is one of those people in the industry who has earned their name and deserve to be on the list of ‘awesome’ that Bollywood has. Growing up listening to ghazals and Hindustani classical music, it came as no surprise when she gave us some much-loved memorable songs in films like Omkara, Yeh Jawaani Hai Deewani and many more.

In a recent interview with The Hindu, she shared how she was introduced to classical music and how she fell in love with it.

“I began studying classical music when I was a child, born and brought up Delhi. I initially began learning from my sister at home and when she got married — I was 12 at that time — I enrolled at the Gandharv Maha Vidyalaya and began to learn music more formally. I pursued music in college and went on to top my university in Hindustani Classical Music. My guru was Pandit Amarnathji of the Indore Gharana; he was the senior-most disciple of Ustad Amir Khan saheb. Even as a child, I was immensely fond of ghazals,” she shared.

“I was also a huge fan of the radio. Back in the day, and almost until I joined college, we didn’t have TV at home. So, radio was really our go-to medium for all kinds of music. I grew up listening to the music of Begum Akhtar sahiba, Farida Khanum, Mehdi Hassan saheb, Girja Devi, Rasoolan Bai… you get the picture, right?” she added.

While her inspiration for classical music was her sister, her foray into the playback cinema was due to her husband Vishal Bhardwaj, whom she married in 1991 and shifted base to Mumbai.

“While he composed music for cinema, I slowly began assisting him in the process. While doing that, sometimes he’d make me sing, just to see how a song sounded, the core of the composition, etc. It was as organic as that. And then one day, in one of the films that he was composing for, Jahan Tum le Chalo, after Maachis, I got to sing as a dummy for Lataji (Mangeshkar). It was a song called ‘Yeh kaisi chaap’. The film’s heroine Sonali Kulkarni, Gulzarji and the producer loved my singing and decided to keep the song in my voice. That’s how my tryst with cinema began. I always knew I had a distinct voice; you see, I don’t have a regular high pitch kind of voice which is considered romantic in cinema,” she said.

Rekha considers lyrics to be an integral part of a song as if one doesn’t understand and appreciate the lyrics, they can never emote the song.

“I must say that I am really fortunate in this regard: I have often had the privilege of singing the poetry of Gulzar saheb. His lyrics are so powerful, and when they come together with the melody of Vishal’s composition, I think the overall outcome is amazing. In a sense, half my work is done,” she said. “As a singer, I also like to emphasize on diction. It helps that my Hindi is very good, as is my Urdu. My father studied in an Urdu medium school and my mother is a voracious reader of Hindi literature.”

Currently, she is busy doing a number of projects, like she recently sang a song for Rakeysh Omprakash Mehra’s film Mere Pyaare Prime Minister and a few more songs for other untitled films.

“There’s one directed by Amitabh Verma and the music is also by him. I recently recorded for a Marathi film that is being produced by Priyanka Chopra’s production company and directed by Aruna Raje. I am also working on an album of FAS poems that were composed by Vishal Bharadwaj in 2011. I am also recording a poem by Amrita Pritam called Me tenu pher milangi and few of my own compositions in Bandish style,” she said.