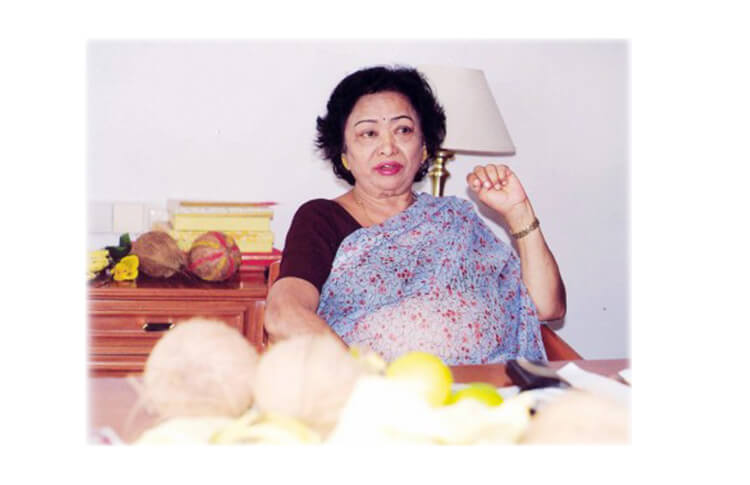 Born in a poor family, Shakuntala had to drop out of school because her father, a circus worker, could not afford the monthly school fee of Rs 2.

Shakuntala Devi, born on 4 November 1929, was an Indian writer who was famously known as ‘mental calculator’ & ‘human computer’. As child prodigy, she was even named in the 1982 edition of The Guinness Book of World Records.

During her childhood, her father was surprised to see how Shakuntala could win game of cards every time. He found out that she was memorizing all the card numbers and their sequence. She was able to predict the sequence of cards in the subsequent rounds of the game and thus wait to pick cards strategically.

Therefore, he decided to teach her mathematical operations like multiplication, division & square root. Later she started accompanying him to circus and did shows mesmerizing everyone. At the age of 6, she gave her first major show at Mysore University. After that, tours to Europe and Americas became common.

There was news on her telling how she could calculate the 23rd root of a 201-digit number in just 50 seconds! See below:

There are more such stories:

In 1977, she even wrote a book on homosexuality called ‘The World of Homosexuals’, which is considered to be the first study of homosexuality in India. She once said she studied this topic closely after she got married to a homosexual man.

In 2013, Shakuntala Devi passed away at the age of 83. Her books were all about mathematics, puzzles, and astrology. To name a couple of them: ‘Fun with Numbers’ and ‘Puzzles to Puzzle You’. We feel so proud while writing her story! 🙂