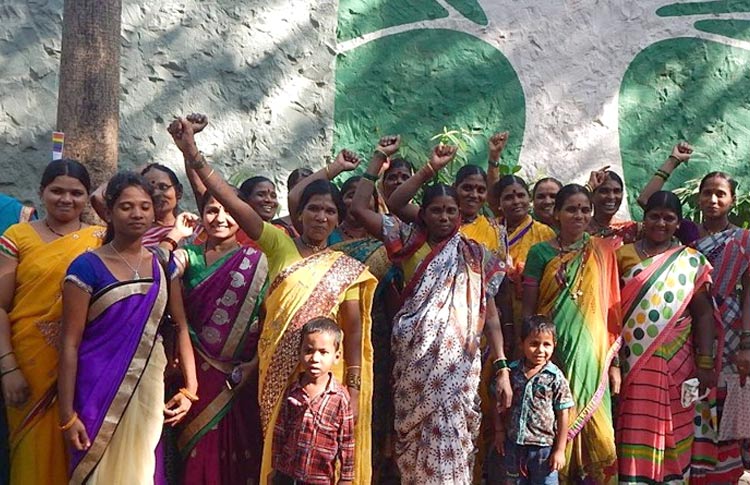 Mental Health disorder is real problem millions of Indian’s face every year. They can be of any form or intensity. A WHO report suggests that India is the most depressed and anxious country in the world. It is the third largest cause of deaths in 15 to 35-year-olds. However, with the inherent patriarchy in the Indian society, there is an additional mental health toll on women. An incredibly informative report from the Indian Journal of Psychiatry suggests, “Gender determines the differential power and control that men and women have over the socioeconomic determinants of their mental health and lives, their social position, status and treatment in society and their susceptibility, and exposure to specific mental health risks. A strong inverse relationship exists between social position and physical and mental health outcomes. Hence, the effect of the biological vulnerability is increased by the social disadvantages that women have.”

Women are more likely to be subjected to domestic violence and isolation. They are more likely to be abandoned by their families at the whiff of any mental health issue. Additionally, menopause is another major contributing factor that men simply don’t have to deal with. But with increasing awareness and focus on mental health, with the Prime Minister touching upon it in his monthly radio address and the passage of the Mental Healthcare Act 2017, things seem to be looking up.

However, have you ever wondered what happens to women who are out of mental health facilities? What happens to them, if they have been abandoned by their families and deemed “unfit” to get jobs? Where do they go? Who do they turn to?

Tata Institute of Social Sciences professor Shubhada Maitra through the organisation Tarasha is helping women fresh out of mental health facilities get reintegrated into mainstream society again. This is done by providing them shelter, psychological support, and opportunities based on their skills that’ll help them progress. It is an attempt to break the vicious cycle that women with mental disorders are subjected to. Where even after their symptoms subside, they are still treated like patients.

It is an invisible wall or glass ceiling of sorts, that millions of Indian women are forced to break just to survive. Not only do they have to continue to move towards personal and social growth but simultaneously fight the stigmas society lobs at them. This becomes even more difficult outside the bubbles of large cities, where mental health facilities and support, though scarce is still more than in towns and villages.

Tarasha and a buffet of other organisations are working with the governments of Maharashtra and Kerala on the programme, Home Again, which aims to provide women with the comprehensive set of tools they need to get back into the mainstream. Over a very informative phone call, Professor Maitra, the author of a research study undertaken in 2002 for Maharashtra State Commission for Women on the same subject, educated me on the process of reintegration and the wonderful work Home Again is doing.

Rehabilitation is rarely talked about when it comes to persons with mental disorders. How important is it as an element of the whole process?

Professor Maitra: The Concept of Rehabilitation comes from a medical model. Here, we are attempting to help with the recovery. We see recovery as a process. It isn’t simply an end goal. During that process, sometimes patients slide back. They go back into the state of the mental problem they faced. The process of recovery is the process of empowerment.

As for recovery, it is of different types. There’s the Clinical recovery, which is the attempt to reduce the symptoms of the mental disorder. Then there is the Personal Recovery, which is reverting back to a state of personal well being, where the patient takes care of her hygiene, etc. Finally, there is Social Recovery. Where we’re attempting to help them integrate into the social world. You cannot simply cater to the clinical needs and ignore personal and social needs. Human Beings are more than just the symptoms. We must see a complete recovery as a tangible goal.

The implicit and explicit stigma surrounding mental well being is still very prominent in the country. How could that be countered particularly for women?

Professor Maitra: What needs to be realised is that the image of a person with a mental disorder that we conjure up is highly exaggerated. It is mythical. They are just people like you and me.

The other thing that’ll help is if people with Mental Disorders is occupied with dream professions and given spaces in mainstream offices. Just because you lived with a particular condition at some point in your life doesn’t mean you’re perpetually ill. They need greater acceptance in society.

Is there a reason in particular as to why the “Home Again” programme is being initiated in Kerala and Maharashtra?

Professor Maitra: The Home Again programme is an umbrella initiative where multiple organisations are partnering to aid and assist women with mental health problems to get back into supportive environments. The reason we partnered with the Maharashtra government is that TISS has already been engaged with Mental Health Services in the state. We began the Tarasha Project in 2011, which is working to help in the recovery and reintegration of women with Mental Health Disorders.

As for Kerala, the primary reason is that there are many partners for the initiative from Kerala.

Can you tell us a little bit about the Tarasha Project?

Professor Maitra: Tarasha is a project that aims to help women living with mental disorders towards recovery and reintegration by providing them shelter, psychosocial support and opportunities. We first attempt to reunite women fresh out of mental facilities with their families. This is also a fantastic way of ending the stigma surrounding them. Because even though there may be resistance initially, eventually it leads to greater acceptability. TISS has always had a culture of incubating field projects. So Tarasha is one such project.

For women, does the system become a vicious cycle, considering they are not being rehabilitated well enough into mainstream society?

Professor Maitra: Let’s take an example of a woman who is hospitalised due to a mental health disorder. And let’s say her family is still intact. Even though often women are abandoned as soon as something like this comes to light, but let’s assume. So as her symptoms subside and she is sent home, we may think that is the end of that. But it isn’t because even at home, she is treated like a person with a mental disorder. She’s not engaged enough; she’s not occupied enough. So she eventually slides back after many lapses. It is a revolving door situation. Would you just treat a diabetic person clinically and not recommend lifestyle alterations? That should be how we treat mental disorders as well. But it isn’t.

Does the onus of providing support and encouragement to persons with mental disorders lie in their respective families or should it be up to the government and civil society?

Professor Maitra: Let’s compare it to Cancer, shall we? We give Cancer patients, rightly so, all the empathy and support we can. We don’t treat them badly just because they have a disease. We need to start feeling empathy for Persons with mental disorders as well. Often what happens is we feel ashamed of having a person with a mental disorder in our family. The whole family becomes seemingly “marked”. That is why I feel it is everyone’s responsibility. Sure the stigma will come down if there is government support and if more facilities are provided outside major cities. But the stigma will also come down if persons with mental disorders aren’t hidden and ostracised.

What were some of the key recommendations you made in the report of the survey of 1949 women with mental health issues in 2002?

Professor Maitra: Essentially the recommendations we made in the report led to the fruition of Tarasha. It is built around that report. What we primarily recommended was:

Are the police sensitised and equipped enough to deal with patients considering they are usually the first point of contact?

Professor Maitra: We need to understand that Mental Health is not a law and order situation. The police are equipped to tackle law and order situations. So this is seen as an additional burden on them. They say oh, so we must maintain safety and security, look after VIPs, maintain order and ALSO deal with Persons with mental disorders? That being said, they are definitely not sensitised enough to deal with it. The whole process of admission to the mental health facility is overly long and complicated when it needn’t be that way. So it seems more like a hassle.

We must sensitise them more because it will be really helpful for persons with mental disorders.

The fact is that we can all help in some form or the other to make the journey of persons with mental health disorders easier. Talking to them, and understanding them would be a good place to start. By offering them unconditional love, support and empathy, we can help them. The work done by organisations like Tarasha and the Banyan is commendable and appreciable.

You can follow the activities and read more about Tarasha by clicking here.