Questioning Under-Representation Of Women In Parliament, This Collective In Kerala Is Fighting For Their Rights 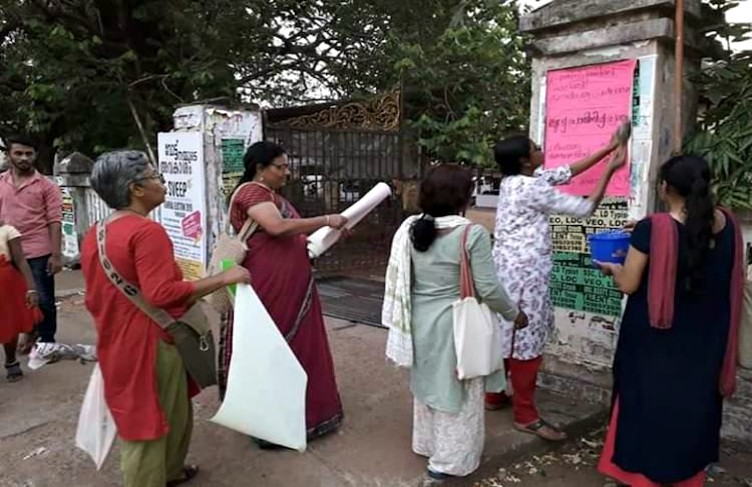 A group of women in Kerala has come forward to form Thulya Prathinidhya Prasthanam, a collective aimed towards ensuring equal representation of women in Parliament. This step was taken in light of the failed promises of major political parties who had made big statements on women’s rights and representation.

In the upcoming election, not more than two seats have been given by major political coalitions of Kerala like Congress-led United Democratic Front (UDF), CPI(M)-led Left Democratic Front (LDF) and BJP-led National Democratic Alliance (NDA).

“During the past few months, Kerala witnessed deep discussions on women’s rights and representation. Vanitha Mathil or women’s wall and progressive stand of many leaders have given us hope. But as usual, when matters regarding positions of power came, women were sidelined by all political parties,” said KM Rema, one of the conveners of Thulya Prathinidhya Prasthanam.

“The candidate list of these parties has left women in the state disappointed as that was not what was expected,” Rema added.

Another convener of the collective, Hema Joseph, questioned about the pending Women’s Reservation Bill which gives 33% reservation for women in Parliament and state assemblies.

“By now, it has become clear that the bill is not going to get passed naturally without any coercion from people. Though many had voiced for it in the past, there has been no consistent movement which could mount pressure for equal representation. We are here for that,” she said.

With its upcoming inaugural convention on Wednesday, members of the collective expect women from different cultural spheres to join them.

“We personally know a lot many women political leaders who have been sidelined by the men in their parties. Though they have not openly declared this to the media, this is a fact. During the course of the collective’s work, we believe they will also join us,” said Rema.