People Passed Comments On My Looks, On My Weight, But I Refused To Let It Define My Life: Divya Palat 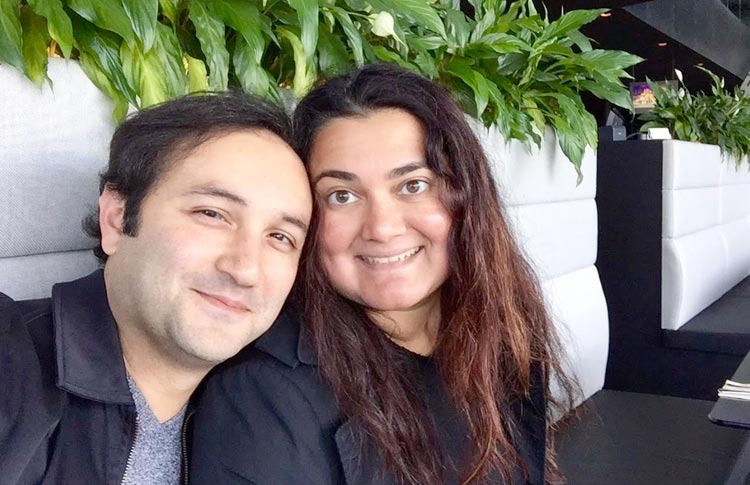 Divya Palat was just 24 when she was diagnosed with multiple sclerosis, a potentially disabling disease of the brain and spinal cord which renders a person incapable of carrying out the smallest tasks. The doctor said that the chances of her walking again were zero. But today, 14 years after later, she is a successful writer, producer, actor, director and is often profiled as one of the finest 40 Entrepreneurs under 40.

“Multiple sclerosis is a disease which has no cure for it and to be very honest with you, it was very scary. The left side of my body was completely paralyzed and I was in the hospital for months! I was in a coma for two days and after that I was getting food through a tube as I wasn’t able to swallow anything, the doctors told me that I would never walk or move again. Judging by my present, we can say how wrong they were!” Divya shared.

That’s what Divya does best – achieve the impossible and beat the odds. With the mission to stock up on more inspiration, we engaged in a chat with the lady in question. Excerpts:

It must have been scary, to be healthy one second and then diagnosed with this disease.

It was. Multiple sclerosis is a disease which has no cure for it and to be very honest with you, it was very scary. The left side of my body was completely paralyzed and I was in the hospital for months! I was in a coma for two days and after that, I was getting food through a tube as I wasn’t able to swallow anything, the doctors told me that I would never walk or move again. Judging by my present, we can say how wrong they were!

During those months I put on like 37 kgs without any spike in my eating quantity. As for the film industry, I was, surprisingly, supported through these tough times. I am thankful that I never faced prejudice from the people who actually mattered to me. It was my decision to quit acting and take up producing, writing and directing, if (yes it was a big ‘if’ for me then) I ever recovered.

She is an Award-winning Producer and Director for plays like A Personal War- Stories of the Mumbai Terror Attacks, The Verdict, The Graduate, Love Bytes, Starring U & Me! and The Wizard of Oz. She has also worked in many films, like Masti, Dhund, Kuch Naa Kaho, Krishna Cottage and also acted in an Indian television series named Captain Vyom. She married actor Aditya Hitkari in 2005.

Looks like you beat the most impossible odds in your life to, as we say, go on.

Yeah, but I had the best people in my life who made sure that I reach where I am today and not lose hope. There were comments on my weight, my looks, how my disease has changed me. It took me a lot of time to learn that I can’t let such crap define me. The people in my life allowed me to come to terms with what was happening to me and I knew that I am a survivor and I’ll keep surviving.

My major motivation charger is my husband Aditya. Do you know he proposed to me at that moment in my life, when if he would have left me, I wouldn’t have held any grudge against him considering the state I was in- half paralyzed and zero chances of ever walking again? He was just 25, an age when people shy away from making big decisions and there he was asking me to marry him. He is the one who never allowed me to go all dejected and hopeless. He told me that my life will only stop if I stop trying to live it.

But doesn’t this condition disrupt your day-to-day activities?

Well, as an answer to that question, you should know that I was hospitalized last night as I was unable to breathe. Yet I am at work today, I reached sharp at 9:30. My schedule for tomorrow is set as well, I will be shooting with Kajol for an advertisement. So, yeah, I will not let my condition control my life. I am back at work, screaming at everyone to work on schedule as you know how production works- it is all about last-minute deadlines.

In this disease, if you have the determination to not quit your work, your life, then nothing can stop you. But what is more important is that the people around you behave the same way, they shouldn’t go all “In your condition, you shouldn’t do this, do that, etc etc.” As long as you are willing to put one foot before the other, they should too encourage you, and I have such people in my life. Life should never stop.

After delivering Bollywood’s biggest and latest blockbusters with Chogada from Loveratri, Kamariya from Mitron and the biggest Romantic pop hit of 2017 TeraZikr, India’s next singing sensation and heartthrob Darshan Raval presents his Brand New single “Do Din”- a #HappyLove song with a fun , dance groove that will bring an instant smile to your face and will make you want to get up and dance & celebrate love.

She recently produced and directed the hit Darshan Raval song, Do Din, which has crossed 26 million views. She started acting at the age of three, doing numerous commercials, plays, and films before she went to Stanford University, on full scholarship, double majoring in Mathematics and Drama.

When I dialed your number, I was ready to talk to a writer and director, but here I am talking to a superwoman. So, we learned that you are working on your first Hindi film script.

For now, I am writing a book. It is based on the time before we attained Independence. Writing it is pretty exciting for me as it is something that I always had in my mind. So when the book will be launched, the film will be announced as well but we will be starting production and shooting by next year.

She has written over 18 plays and played Sita in the mega-production “The Legend of Ram”. Instead of letting her disease define her, she went on start The Balancing Act Trust, that supports numerous NGO raising funds collected through theatre and film at an Inclusive Cultural Festival called “YouTheatre”.

She also worked with brands to strategize, create and produce digital content, tv shows, and TVCs. She has produced and directed “The Great Indian Homemaker” a one of a kind design show that transforms living spaces in 48 hours, produced the Double Cannes Lion nominated music video ‘Mere joote mean’ for Puma, content for Asian Paints, Cadbury, Nivea, and Colgate.

As a woman playwright, in what ways do the characters of your play address the issue of gender stereotypes in society?

Well, for starters, the female characters I write are very strong, bold and confident who are inspired by the women I know in real life. If it is a relationship I am depicting, I do my best to portray the presence of equality between the partners, which is crucial. I believe in presenting the issues we are currently facing in the most honest manner possible.

You once played the role of Sita in a play called ‘Legend of Ram’, do you think that Sita can be a role model for the modern day women?

In some ways, yes, but majorly, no. She was extremely strong, brave and loyal, she stood by Ram facing every hurdle with him. Ravana tries to woo her in every way possible but her love and loyalty wins out. But the way she bent over backward for a man who doubted her, hell he made her walk through fire (a test she accepted to go through). For me, if the man I am ready to die for can’t even trust me and allows others to be a judge of my character, I would prefer to leave him.

This article was first published on September 28, 2018.