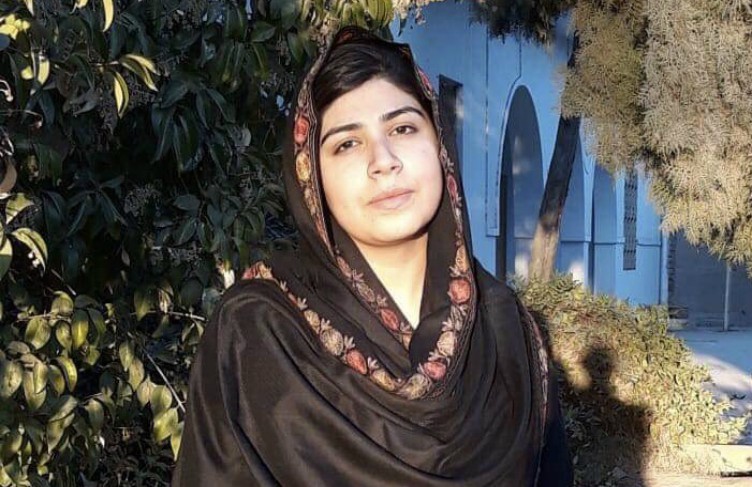 “We as strong women want peace but not by compromising our rights,” says Pashtana Durrani, activist and columnist from Afghanistan.

Amidst the volatile political atmosphere, flaky inter-nation relations, and the stronghold of archaic patriarchal mindsets, peace often comes at a high price in South Asia. It shouldn’t come as a surprise that women’s rights often take the backseat when it comes to political or peace negotiations in the region.

Founder and Executive Director at LEARN Afghanistan, Pashtana believes it is time that we change the narrative and shift the focus to strong women role models who are excelling in their individual fields, can inspire more women to follow their lead, and thus amplify the voice of resilience across Afghanistan as well as South Asia.

This is where the role of women mentors comes in as Pashtana believes that the mentorship which has changed lived across Afghanistan can also be applied to “lead movements internally and externally.”

In a recent Twitter chat with IWB, Pashtana talked about the strong women of today’s Afghanistan, their hopes and dreams, and how they can impact a revolution by inspiring more women to follow their lead.

On media’s portrayal of Afghan women

So International media always looks for the war victims women in burkas and deprived of everything which is true and ahould be given attention.But at the same time we have strong women when it comes to #Leadership, #Activisim n #STEM.So yeah but strong figures are imp 2 highlight https://t.co/PLKEWZPPuu

I am highlight the fact that strong women always become role models for women who are suffering.We need to work on how these inspiring women inspire more women to ask for their rights,to not compromise for their rights.And I personally believe media plays an imp role in doing tht https://t.co/PLKEWZPPuu

On what the strong women of Afghanistan demand today

We as strong women want the following things: #Peace but not by compromising my #Rights. Inclusive offices and schools(safe spaces for women and young girls) We get to decide out fate (Peace deal) We are supposed to represent the 50% of this nation. https://t.co/pNw0Tmbq5B

The same leaders then lead movements internally and externally. So as a woman and as a mentor I feel like mentorship shapes our movements and has done in the past.Just like on going #MyRedLine movement or #Afghanwomenwillnotgoback are examples.

@indianwomenblog @LEARNAfg Women with help of mentorship have become leaders in their communities for #activism,#businesses and #Journalism.They have been recruited by different agencies and yes most important thing that they get to decide their fates because they are active part of the community.

@indianwomenblog @LEARNAfg So I got mentored by a Professor from South Africa for activism.She was involved in non violence movement and anti apartheid movement.She helped me understand the complex situation of Afghanistan through a different lenses.1/2

Our curriculum need to be updated asap! 1:Include all the women leaders in our history (in history subject) 2:Maths and Sciences needs to be updated and designed to be innovative with access to science parks for girls and boys to be curious about it and mentally ready to study https://t.co/iWIxuML6bA

5: Our Curriculum should include menstrual hygiene chapter or a course that is run twice in a year(will decrease girls dropping from schools) 6: Curriculum is supposed to address the harassment that girls face on their way from and to school and include at least a chapter on it.

On the school drop out rates in Afghanistan

Nearly half of children aged between 7 and 17 years old – 3.7 million – in Afghanistan are missing out on school (60 % of which account for girls) #girlseducation https://t.co/yoBvFThx9y

Factors 1:Security,girls schools are at higher risk of getting hit by bombs and attacked by terrorists 2:Social norms( if a girls reaches at age where she started menstruating she is forced to drop out) 3:Poverty: Boys=breadwinners priority is given to them and girls are left out

4:Early child marriages force girls to drop out early 5:Harassment:makes them stop going out especially to school because they use same way and men know the pattern. 6:Sanitation:Schools lack washroom and running water and fear of being seen with a stain make them dropout

7:Resources:Girls I meet are mostly struggling with old uniforms keeping them tidy and wearable,or have run out of stationary don’t have books that makes them drop out. 8:Teachers behavior:Forces them to dropout be in our curriculum forces kids to memorize instead or learning.

On her message to the South Asian women’s community

Thank you for this wonderful and refreshing chat @indianwomenblog. My message to my South Asian sisters is : We all are fighting our individual battles,but your win is my win and my win is yours. So let’s stand together work together and fight the good fight together.1/2 https://t.co/6jPS2T7oeU

And yes to all the young girls out there stay curious keep #learning and each one of you is my #shero.

Owing to the diverse albeit rich cultural backdrop of the region, South Asian geopolitics remains unique in its own way. The culture, the religion, and the confusing international narratives have all amalgamated together to give birth to a politics unlike any other in South Asia.

While the social and political movements in the West might inspire us, we need a system of our own to incorporate them as per our surroundings. Our triggers are different, our catalysts are different, our methods are different, and therefore it becomes imperative that our understanding of it must be different too. We cannot see ourselves from the lens of the outsider like a narrative developed with only half-hearted efforts.

IWB recognises that the need right now is to take charge of the situation and facilitate a dialogue among women representatives from South Asian nations like Afghanistan, Pakistan, Bangladesh, China, and Sri Lanka.

We have thus initiated a series of Twitter chats with women representatives from the South Asian countries mentioned above.