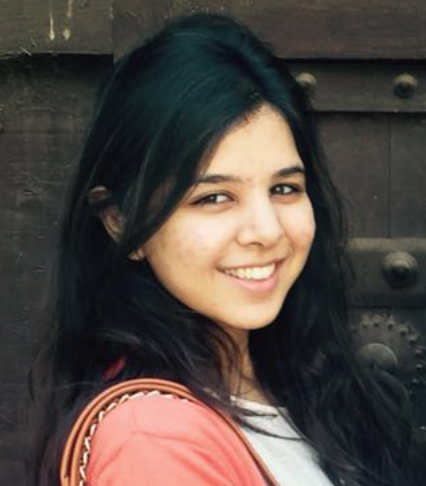 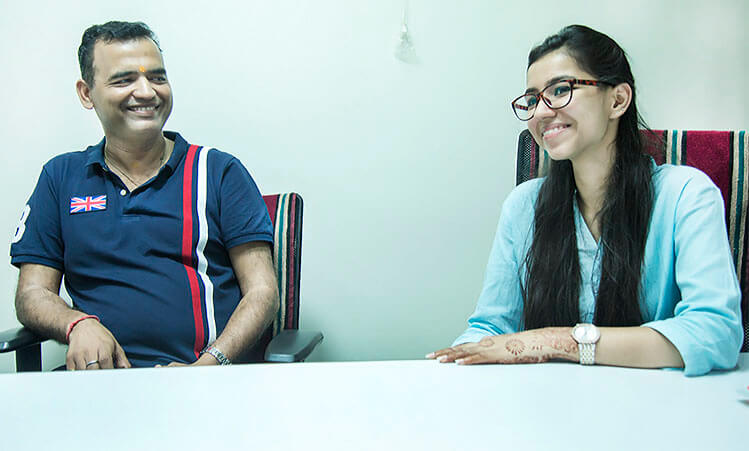 This interview is a part of JWB’s campaign, Papa Singh and Daughters, which aims to bring forth those 21st century dads who believe in the fact that gender of their child does not decide how it would be at business. They proudly introduce their daughters as their business partners. Conservative oldies, are you taking notes?

While school kids were struggling to decide which college forms to fill, Pranali Mittal had been way past that. She had already made up her mind to work with her papa in his firm. Her father, Mr. Deepak Mittal owns the gemstone hub, L.D. & Company.

Due to a prior engagement, sir was a little busy. Till the time we waited for him to join us for the interview, we chitchatted with his daughter over a cup of coffee.

For Pranali, her dad is divine. She idolizes him. No, she didn’t say it out loud. The affection with which she talked about him made it evident. Just like her father, she wants to build a name for herself. She has already started working hard and calls it just the start of her escapade. She has attended courses in Gemology Institute of America, Mumbai, and New York University, USA. When she isn’t doing that, she writes poems and relishes reading. Isn’t that so impressive?! Well, this isn’t it.

For how long have you been in your dad’s business?

As far as I can recall, I’ve always been interested in it. I used to accompany him to his office for a few hours, every day during the summer break. All those colorful gemstones have always fascinated me.

What is your contribution to this company?

I always accompany papa to all the jewelry shows he attends. We’ve been to Hong Kong, Mumbai and so many other places together. We might attend another one in USA this year. I’ve also started manufacturing silver jewelry and selling it on sites like Flipkart and Snap Deal.

You seem really close to your father. Tell us about your relationship with him.

Yes, I’m really attached to papa. He is the nicest human being I’ve known. When we visit jewellery shows, people come and touch his feet. I feel so proud. He started from scratch, and look where he has reached now. I’ve also written a few lines about him.

Her emotions made me go “Awwww…!” Isn’t she the cutest daughter ever?

For how long do you work each day?

I don’t have fixed office hours. I work for as long as I like. Sometimes I even work from home. The workstations are scattered all over the city. Generally, I come here by 11 and leave at around 5or 6. My dad has to force me to go home.

Are you treated like an employee or a daughter?

And what about the others?

Initially, they used to treat me like the boss’s daughter. After I started coming here regularly, they saw my dedication towards work; and now they respect me as a colleague.

Do you get a salary?

I need to learn a lot of things before I become a salaried employee. Till then, I’ll enjoy making papa buy me stuff.

We got so occupied talking to Pranali, that we didn’t notice when Mr. Deepak Mittal stepped in. After greeting him formally, we began talking to him.

How is it like to work with your own daughter?

It’s nice having her here. I feel proud of her dedication towards work.

She is good. She is a very sincere employee…puts her heart to the task at hand. The result is always very good. I just advise her to work on deadlines.

Has her presence brought up a change in the work atmosphere?

Yes, very much. She has brought fresh positivity in the aura.

(To Pranali) What have you learnt from working here?

Working with my dad has made me confident. I used to be an introvert, but I’ve outgrown that side of my personality. Now, I am not afraid to try new things. It has made me independent in a lot of ways. Actually, it has transformed me.

With a daughter as hardworking and as dedicated as Pranali, he couldn’t have asked for a better business partner.

If you are a woman running a business with your father, tell us about it on contactjaipurwomenblog@gmail.com