On Nargis’ Death Anniversary, Sanjay Dutt Posts A Picture Along With A Heartfelt Message 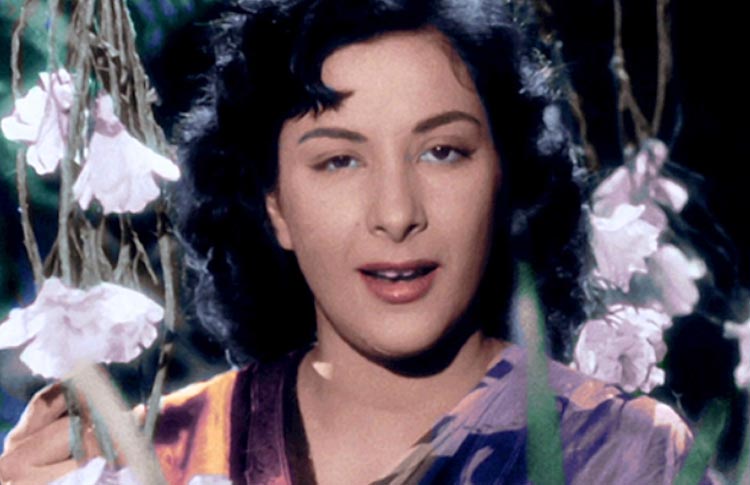 The instant a mention of Mother India is made, the image of a toiling Nargis Dutt, wrapped up in a worn-out cotton sari with a plough on her shoulder comes to mind. The movie has been so iconic that its title ‘mother India’ has become an adjective, to describe selfless and sacrificing mothers.

The Academy Award-nominated role of Radha portrayed by Nargis in the movie remains etched in the heart of the country till date. It was a performance that became historic in more than one sense. Through her powerful adaptation, the character became a personification of the transformative phase of India: a nation taking rebirth and thus reasserting its identity but doing it while embracing its roots at the same time.

The movie not only gave her the biggest hit of her career but also the love of her life. It gave her Sunil Dutt who grew up to be the axis of her life. While she made her screen debut in 1935 through Talaash e Haq, her actual acting career began with Tamanna in 1942. Within no time she bedazzled the silver screen with her talent. She played the role of the vulnerable village girl in Barsaat as effortlessly she embraced her shaded character in Raat Aur Din.

Her contribution to art doesn’t remain confined to the silver screen, however. She also formed the Ajanta Arts Cultural Troupe along with her husband Sunil Dutt. The troupe performed at remote war marred frontiers and brought respite to hearts worn out by the war. She also worked relentlessly towards social change and was the first patron of the Spastics Society of India.

Apart from the couple’s immense contribution to the art fraternity, the couple also gave to the nation three immensely talented kids who grew up to make their own place in their individual careers, Sanjay, Namrata, and Priya.

To mark her death anniversary today, Sanjay took to Instagram to share a picture of him with his beloved late mother along with a short albeit heartfelt message. He wrote: “All that I am is because of you. I miss you!”

All that I am is because of you. I miss you!