Of When We Met Mrs. Yogi, A Nursing Mother, Who Chose To Donate Her Breast Milk 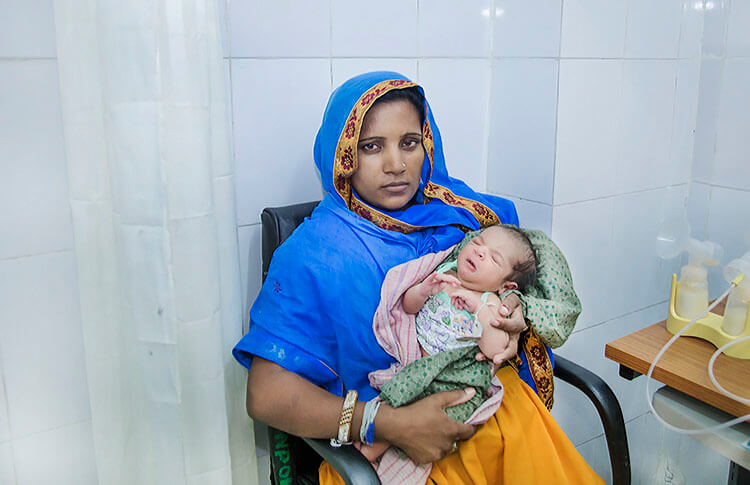 We are celebrating International Breastfeeding Week with a throwback campaign of 2015 devoted to the cause! Here’s presenting Masters in Breastfeeding Administration through which we aim to get you acquainted with Rajasthan’s Human Milk Bank: Jeevandhara, where plenty of women donate their breast milk to save lives of tiny infants.

In continuation of the story of counselor Rajbala, comes narrative of the mother of a 7-day old baby girl. Co-incidentally, her name also happens to be Rajbala. Hmmm, this looks like the perfect recipe for confusion… Allow me to refer to her by her surname, Mrs. Yogi.

Meet Mrs. Yogi. She delivered her baby girl at Rajkiya Mahila Chikitsalya a week before I met her. Her adorable daughter is absolutely fit and fine and stays with her, unlike the ill babies that stay in the nursery for treatment, but yet Mrs. Yogi visits Jeevandhara to donate milk.

I was curious to know, WHY?

I noticed the breast milk extracting equipment attached to her breasts through which two bottles were slowly filling. Manisha Verma, the lab technician at Jeevandhara, came in and told me that the milk bottles are labeled after being filled.

The name of the woman donating, the time, date, and quantity of donation are written on these labels, so that the quality of milk can be maintained.

Rajbala told me that Mrs. Yogi started coming to Jeevandhara when she experienced pain and tightening in her breasts. Even after feeding her baby, she had excess of milk which was causing the pain. So they taught her to massage her breasts. Now Mrs. Yogi comes in everyday almost twice to donate excess milk after which she feels relieved.

As Rajbala was telling me all this, I observed Mrs. Yogi’s expressions, who was cuddling the little baby. “How do you feel after donating?”

And even though she was not the talkative or expressive kind of woman, the look of profound joy on her face gave her away.

We went out of the room where Mrs. Yogi’s husband was waiting. We couldn’t resist taking a family picture, and the husband was more than willing to cooperate.

It was wonderful to see the husband equally involved and supportive of his wife’s decision to donate her milk. I let go of the adorable baby girl. They walked by and I pondered on the, fact that I had just witnessed a life-saving act!

You have all our praises Mrs. Yogi! We salute you!

PS: If any of you nursing mothers is facing a similar situation of having excess breast milk, don’t throw it away for it can be used to save lives of babies. Visit the Breast Milk Bank in your city.

This article was first published on August 4, 2015.