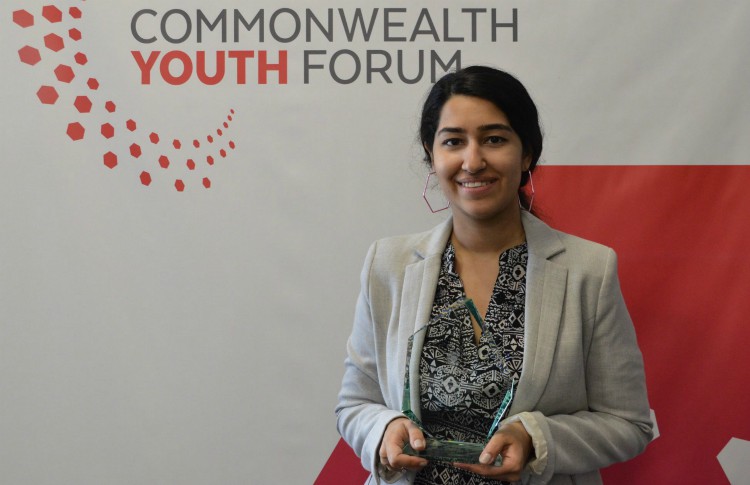 “Young women need a seat at the table where decisions around changing the sexual and reproductive health services are being taken,” says Mrinalini Dayal, who is currently the Head of Grassroots and Strategy at Haiyya.

By running “grassroots campaigns on issues that need immediate political attention to build community power and challenge status quo within and outside communities,” Haiyya is on a mission to cultivate new leadership and spread awareness about pressing issues.

Their latest campaign ‘Health Over Stigma’ is striving for sexual and reproductive health rights (SRHR) for unmarried women in the country. At Haiyya, they recognise how unmarried women have to face judgemental behavior from service providers at hospitals and clinics and have been attempting to mitigate the crisis by actively collecting data on the same, analysing it thoroughly, and then drawing solutions on the results.

Speaking on the campaign, Mrinalini shares, “Through this campaign we are trying to target the stigma that young and unmarried women face when they seek access to sexual and reproductive health services in the country. We have been running this campaign for about two years now. Our initial focus was just to talk to young women, give them more power, and share their stories.”

However, soon the team at Haiyya realized that there was a huge health care crisis that the women were facing in the country. Like Mrinalini shares, “We realized that women were rather apprehensive of approaching the doctors. And even when they finally managed to do so, they will get answers like, “This is not a real problem,” “I don’t know if this still happens anymore,” or “This is not a big issue.””

The team further realized that it was the unmarried women who were facing the brunt of this stigma. Mrinalini explains, “In our society, marital status is a big deciding factor on whether it is socially acceptable for you to be sexually active or not. And even though while someone might go to the doctor for something like PCOS or UTI, conditions which are not even a determiner of your sexual activity, but just because it is so closely tied to sexual health there is so much stigma around this.”

“It was never acknowledged that it is actually a pressing concern that actually is important and there is a need to pay legitimate attention to the same and the worst part was that there was no data around it,” she adds.

Thus, the team at Haiyaa decided to do something about the situation and launched a research last year. They approached over 700 women, listened to their stigma stories, conducted surveys and recently published the cumulative findings of the process.

Like Mrinalini shares, the report is just Step 1 for the team where they have come from a state of no information or data on the problem they were trying to approach to accumulating statistics on the same.

The report has been divided into three salient parts:

Mrinalini explains, “We are trying to get to the crux of the problem. We have tried to find out what stops these women from going to these clinics which are already available? Why do they keep choosing backhand clinics and similar options instead of the same? What is the reality of the situation?”

She adds, “During our research, what we heard was that a lot of people don’t go to the gynecologist because they don’t think that the problem is severe enough. Until it gets really bad, until they pass that threshold, women don’t really decide to seek professional help.”

2. Responding to the Crisis: Mrinalini says, “Basically our aim is to initiate an on ground campaign where we put unmarried women in the centre of the conversation and it is their leadership and their voices that we want to amplify.”

Haiyya is trying to explore and advocate various approaches as ways of effectively responding to the crisis. Mirnalini shares, “We are working on ideas like networking approach where you find a similar circle which really helps. Then we have storytelling as a way to break the ice. The idea is to create these safe spaces where they can talk openly and share their problems. If we want to subvert the popular narrative then we have to know what it is that’s exactly happening.”

3. Opportunity: The most important part of their report is the question, “What we want to do from this point?” Mrinalini shares, “So for this year, the focus is on how do we shift the responsibility and onus to the doctors. We need to tell these doctors, “You need to make these women safe, you need to make the non-judgmental environment for them.” The need is to tell them, “You are not doing your job as a doctor.””

She adds, “We also seek to get commitments from three private medical institutions by the end of this year. We have this little road map which includes getting statements from 100 women influencers who want to get public with the campaign, we are doing data collection in five more cities now. We want to target private institutions first and then we want to create pressure on state and ministry and we want to represent at least 1 lakh voices.

Speaking on why they have started working on the institutional level instead of initiating the campaign on a society level, Mrinalini explains, “We are looking at institutions because we need one change to drive it, a turning point that also creates a societal change.”

She concludes, “This campaign is about choice and freedom. It is about the freedom to choose when you want to be sexually active or not and the fact that you still need some services and the freedom to access them without any judgement. It is about not being punished for your choices.”