Monogamy Is Simply A Choice Which Should Not Be Imposed Upon Anyone: Pallavi Barnwal 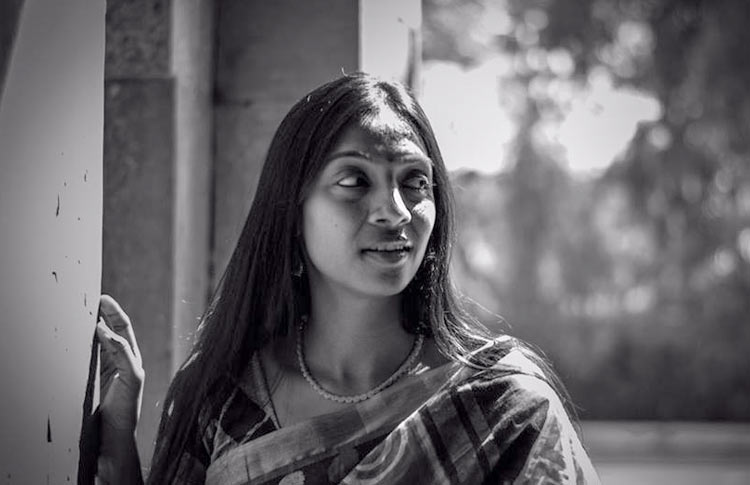 “I took my first learning from films like DDLJ and Rangeela,” says, sex educator and writer, Pallavi Barnwal.

In India (and especially in the small towns), sex and sexuality are matters tightly shut in a compartment more dreaded than the Pandora’s box. And God forbid if you utter the word sex; it’s like that evil wizard, the one should not be named lest he gets the whiff of it and makes all hell break loose upon your lives.

Growing up in a small town in India, thus all that Pallavi learned about sex was through media. It was only after she moved to Delhi to pursue higher education that she witnessed sexual desire being manifested in its full glory.

“When I moved out of my home, I got exposed to really different kind of people. It was my second brush with sexuality, the more concrete one. Now the challenge was that if you are to learn to drive a car on a highway you have to first learn to drive a car. If you are driving a car without knowing how to drive, you end up having accidents. Thus, I also ended up having sexual accidents,” she shares.

From there to being a sex educator today, Pallavi has sure evolved a lot along with her sexuality.

Here are excerpts from a conversation that I recently had with Pallavi:

Having explored your sexuality as an unmarried woman, a married one, and a divorced one now, how has the concept of sex evolved for you?

Okay, thanks for asking this question. Initially, I would depend on the man to take the lead, he would have to woo me over, undress me, and take the lead. I think a lot of this was because of the way we are conditioned. I just didn’t know the concept of taking off my clothes myself.

But for me, that has changed drastically over the time. Just a year back, I was in a relationship with a man. It was the fifth day of my periods. I went to his house and told him that I am menstruating, he was like “okay leave it, we don’t have to do anything” and “I was like “no, I want it now.” And guess what, I was the one who undressed him.

Since we are discussing marital status and sexuality, tell me if you have felt that the society’s perception of your sexual desires changed as per your marital status?

In our society, marriage is considered as the ultimate stamp of approval on every women’s character. Either you are unmarried or you are married, there is no third identity for a woman.

But for me, marriage was like restraining my sexuality for a long time. I went through all the customs and traditions and still, it didn’t work. I felt like since I had tried everything and yet it didn’t work, I should now get a fair chance to do what I feel is right for me.

I have always been very vocal about what I do, where I go, who I meet, everyone knows about it even my ex-husband. When we were separated I went to Goa for a week with my friend (now partner) and told my husband about it. We were not divorced, we were just separated back then. Now, my ex-husband’s father had to find a new girl for his divorced son. Thus, the father-in-law actually created the rumour that I am going to hotels with different men and tried to malign my character so that his son gets a good chance at the second marriage.

That’s just one of the instances. There has been no dearth of gossip mongering since I decided to quit my marriage.

How important do you think is sex in a marriage?

Have the dynamics of sex and relationships changed for you after getting out of the marital bond?

I have kind of lost faith in marriage. Though I still have faith in companionship because now I am a mother. The rules of the game change once you are a parent. Now you have someone to support, you have to be responsible for your child. However, in that constraint also I believe in exercising my sexuality because I have a partner and I definitely understand the importance of sex in a relationship.

And how is the sex now?

Oh, we have sex almost twice a day, whenever we are together. And you’d be surprised to know that he is the one who insists on foreplay, while for me, it is intercourse that gives the maximum satisfaction. He is someone who likes foreplay and I can’t wait for the final plunge. (laughs)

Why don’t we talk about your turn-ons?

Intellectually stimulating conversations are a big turn-ons for me. Also, I like some grey shades in a man, some bit of arrogance, free-flirting or risky behavior. I also like a man who is intellectual and someone who takes interest in literature because I am a writer.

And how about your favorite position in bed?

I like being passive and conventional in bed, thus, the missionary would be my go-to sex position. Actually, I don’t like much experimentation in positions. I like it to be safe, predictable, and enjoyable.

Okay, then what it is that you like experimenting in?

I think I like to experiment with places. It can be a garden, a car, kitchen, or anything else, apart from the bedroom.

On that note, what is the craziest place that you have had sex in?

Sleeper coach of a train.

It has helped me through my five years of sexless marriage.

It is often seen in heterosexual relationships that even in bed the power dynamics remain skewed, with the men thinking it their right to have the orgasm with an absolute disregard for the woman’s needs. How often have you faced it?

So many times! I have been with a few men and one of the reasons why I like my partner is because of how he once said to me, “Okay let me know when you are done. I had never been asked that question before.

Have you ever faked an orgasm?

Haven’t most of us done it?

Do you agree that the onus for contraception should lie equally on both men and women?

Ya! Very recently a doctor told me why you a dependent on a man for a condom, keep one in your bag. Next time a man tells you I don’t have a condom, flip it over and tell him “hey I have one, use it.” Why are you dependent on him to buy it?

Has sex changed for you after the baby?

I don’t think motherhood has made a difference, I am fitter than before. In fact, I was overweight earlier and now I exercise and keep myself fit which makes all the difference. You see, sexual activity is a combination of mind and body and if you are fit, both mentally and physically, anything else would hardly make a difference.

As a sex educator, what is that one thing about society’s perception and understanding of sex that needs to change?

Monogamy! It should not be imposed and not frowned upon. It is simply a choice. I think loyalty and desire are two different things. I can be loyal to a person and still have a desire for someone else. I can meet someone, get turned on by him, have a small thing with him, and come back home. It is that simple. It is like having a dinner. Why are we making such a hue and cry about it?

Traditionally, monogamy was developed to control a woman’s sexuality for the surety of paternity because a man had no way to find out if the child was his or not unless the woman was exclusive. Then when it came to land and property, came upon the question, “who will get my cows after I die,” and then they converted the entire thing into marriage and now the whole world is going gaga about the concept of a couple.

We invite you to share how you listened to your fearless sexually-liberating voice/choice and how it led the way for others. You can reach out to us on hello@indianwomenblog.com. You can also DM your story to our Facebook and Instagram handles. (P.S. Confidentiality would be ensured if you ask for it.)

Here is more to fun, Lovetreats.in, India’s woman friendly sex toy shop, is offering a 10% discount to everyone who uses our campaign name ‘UNBLUSHING’ as the coupon code. Now that’s some added pleasure, right?