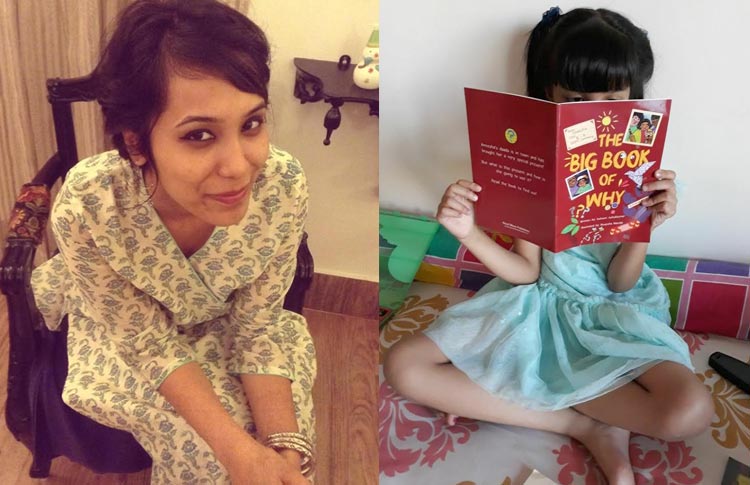 When I first heard about ‘The Irrelevant Project’, my instant thought was – what’s with the name! But on learning that it is a project dedicated to making the gender stereotypes and oppressive rules irrelevant, the disorientation turned into wonderment.

And after my comprehensive visit to their website, I emailed the co-founder Meghna to gather more about their commendable initiative. Founded by two enthusiastic and driven young women, Meghna Chaudhury and Alishya Almeida, The Irrelevant Project (TIP) came into existence in 2016. Their fellowship dates back to the time when they were pursuing the prestigious Young India Fellowship, also the time when they conceived the idea of TIP.

Two years down the line, TIP has grown into a powerhouse of young feminists and achievers (needless to mention, both men and women), hailing from different fields and walks of life, all working towards the common goal of altering the perpetual cycle of biases, in order to make them inaccessible for the generation in preparation.

And they do it through the medium of fiction books; written, designed and created by the team itself! (image below)

Particularly intrigued by one of the book titles, The Big Book Of Why, I asked Meghna about the biggest ‘why’ of her life, “Why do most people still deny the presence of oppression when it is all around them and what can I individually do to change people’s mindsets?”, was her question in response.

Time to find out more about The Irrelevant Project, and while at it, let’s also find the relevance of Meghna’s own life experiences that went into the making of the project!

How about we begin with you sharing with us the most memorable response that you’ve received for the books so far?

A 15-year-old girl wrote to us that she loved the books and she wished she had them before. She could pick out the reasons why each story existed and the many subtle nuances. To quote, the “soft” personality of a boy, our use of pronouns in the introduction – “he/she/they/them”, and also the roses on the blanket of one of our male characters. I think collectively as a team, it made us feel really elated and humbled.

Is there a character from any of the books that you relate to?

Who I am at the moment is a mixture of Bibloo (Don’t Pull My Cheeks) – our 8-year-old problem solver, and Anvesha (The Big Book Of Why) – our persistently curious girl. I think this has happened primarily because of the goals of TIP – I have to constantly ask WHY something exists and recognize the root cause of it, and then I have to think of WHAT is it I can do nip it in the bud.

Tell us about the one highly ‘gender irrelevant’ thing that happened to you in your childhood?

This is such an interesting question, and it’s irksome that I have no answer. When I look back, I mostly see a very gendered childhood. The reason for it was protectiveness instead of oppression, but it still ended up influencing the way I saw the world. But my grandfather, who was quite the patriarch with his daughters, became this absolutely empowering figure in my life. I still remember when he told off my boy-cousins for not inviting me in their game of cricket, and he would always make sure that when he’d take the boys out to hike, I was a part of it, too.

Ah. And now we ought to get talking about the ‘Curious Case of Meghna’!

For the longest time I was unaware of my privileges (fairer skin, educated) and of my oppressions (woman, north-east). I accepted the ways of the world – “Be home by 10. Wear a jacket when traveling alone. Boys like to take the good ones home. Thick thighs look bad in skirts. Hair is disgusting unless on head”, as its normal functioning and never questioned why these pervasive, oppressive rules even existed.

Fast forward to when I was pursuing the Young India Fellowship course, where I met my co-founder Alishya, a glass shattered in my head. I couldn’t let things go unseen anymore. Fellows would talk about feminism and it was an incredibly uncomfortable topic because it challenged my normalcy, but it also looked like an incredibly promising topic because it was going to let me do what I had always wanted to do but thought I could not.

When did you find yourself finally opening to the new doors then?

In that time, everything had become a question for me. Close relationships that allowed this oppression turned into fights. I also became tremendously anxious – my normal stopped existing and I did not know where to begin. To unlearn the past 25 years of my life seemed like a daunting task and more often than not, I had considered ignoring and continuing my oppressed, privileged life. This is where I turned to books and research – understanding the human brain, understanding patriarchy, marrying both psychology and academic understanding of gender (the reason why our Instagram page talks only about research – I know how much I benefit from it!)

Meghna with her dog a.k.a TIP’s chief happiness officer. She wanted this photo to be a part of the article, and so did we!

Five years ago I would never have seen myself running a company, but today I operate with The Irrelevant Project to make sure that children do not grow up biased. It is the single biggest testament to the fact that – a. Change can occur anytime in your life, just be brave enough to allow it. And b. You are always much more than your conditioning and if you can recognize that, you can break free from it.

What stereotypes/issues, in your opinion, should parents teach their children to protest against?

I think I will take a step back here and start from, what are some stereotypes/issues any individual should care for, because that passion is what will translate into an influence for a child.

Do you agree that school curriculums have created many traps for the children under the ‘this is how it has always been’ conditioning? If yes, how can it be address?

One of our authors, Varsha, is actually working on a project trying to study how textbooks can have an influence on the understanding of gender in children. She often shares her research with me, and you will be flabbergasted to know that even now, in 2018, the representations/imagery that are in the textbooks continue to be the age old, typical stereotypical representations!

Talking about schools, I strongly believe that school curriculums need to make some significant changes. For instance, they need to ensure that every material or space of learning is anti-bias in nature. Educators should recognize their own biases in the classroom (there are studies where it is shown that a teacher is more likely to think that the “black kid” was the mischief maker than the “white kid”). And, they must, must promote non-stereotypical hobbies and interests (Dancing for boys, STEM for girls).

And do you support the concept of having separate schools for boys and girls?

Research says that segregating by gender is likely to develop in-group favoritism in the child and might lead to developing of prejudice. You have my answer there!

Right. On another note, does TIP plan to address LGBTQ issues, too, in the future books?

We actually had a story about it in our previous set, but because of economic issues, we had to keep that book back. But it’s ready and we are looking for funding to get that book out.

Brilliant. Speaking of books, one book that you would recommend for teenagers?

Oh God, this list is HUGE. But my current favorite is ‘Living the Feminist Life’ by Sara Ahmed. In my opinion, it proves to have the potential to be an eye opener for teenagers.

And lastly, share with us the list of feminist influencers whom you admire and who have been with you on this project. (For our readers to find them on Instagram)

Team IWB looks forward to the day when each child will have access to the brilliant ‘The Irrelevant Project’ books. Good luck to you and your team, Meghna!