Meet The 41 Most Badass Women Of History 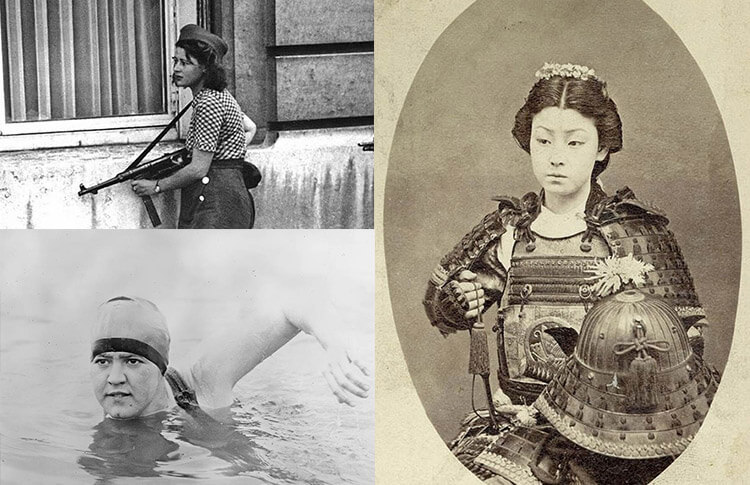 Some women are so badass that calling them badass is an understatement. On August 18, 1920, the women in USA were given the right to vote. Some of these women changed history forever. Here are 41 of those badass women.

Jeanne Manford marches with her gay son during a pride parade. [1972]

Margaret Hamilton, lead software engineer of the Apollo Project, stands next to the code she wrote by hand and that was used to take humanity to the moon. [1969]

A Dutch woman refuses to leave her husband, a German soldier after Allied soldiers capture him. She followed him into captivity. [1944]

Anna Fisher, an American astronaut and “the first mother in space.” [1984]

Some of the first women sworn into the US Marine Corps. [August 1918]

Two women show uncovered legs in public for the first time in Toronto. [1937]

A Swedish woman hitting a neo-Nazi protester with her handbag. The woman was reportedly a concentration camp survivor. [1985]

A Muslim woman covers the yellow star of her Jewish neighbor with her veil to protect her from prosecution. Sarajevo, former Yugoslavia. [1941]

Simone Segouin, an 18-year-old French Résistance fighter, during the liberation of Paris. [August 19, 1944]

Kathrine Switzer becomes the first woman to run the Boston Marathon, despite attempts by the marathon organizer to stop her. [1967]

Annette Kellerman posing in a swimsuit that got her arrested for indecency. [c. 1907]

Komako Kimura, a prominent Japanese suffragist at a march in New York. [October 23, 1917]

A woman drinking tea in the aftermath of a German bombing raid during the London Blitz. [1940]

A captured Soviet soldier is given water by a Ukrainian woman after being captured. [1941]

Railroad workers at lunch. Many were the wives and even mothers of the men who left for war. [1943]

Railroad workers at lunch. Many were the wives and even mothers of the men who left for war. [1943]

Gertrude Ederle becomes the first woman to swim across the English Channel. [1926]

Aviator Amelia Earhart before becoming the first woman to fly an aircraft across the Atlantic Ocean. [1928]

A Los Angeles Police Officer looks after an abandoned baby in the drawer of her desk. [1971]

A Lockheed employee working on a P-38 Lightning [Burbank, California, 1944]

A Red Cross nurse takes down the last words of a British soldier. [c. 1917]