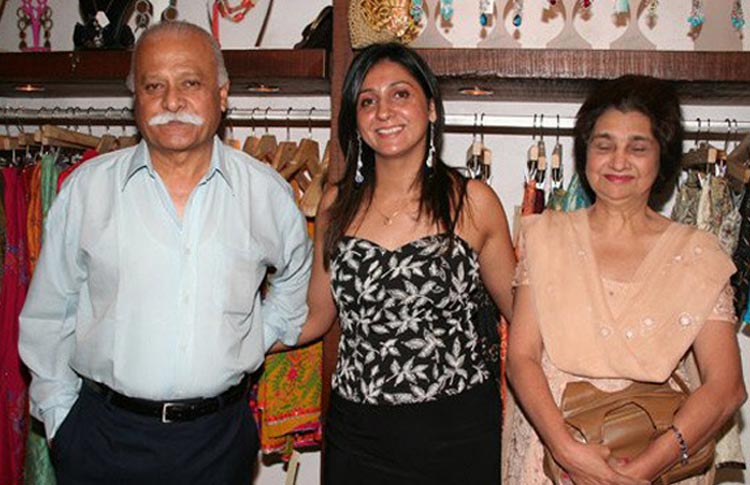 Gender barriers are breaking- although the progress is a bit sluggish, the change is there nonetheless. But years ago this progress was nowhere in sight, as in that era for a woman to rise above gender stereotypes was something akin to a miracle. And one such wonder woman was Mumbai-based fashion designer and life coach Cheryl Dutta Mishra, who was working in the Indian Air Force, India’s first female helicopter pilot appointed in 1995.

Her flying career began in 1990 after she joined the Mount Carmel university programme with the National Cadet Corps.  “I was always keen on flying but I never got the chance because I was just 17 at the time and also because it was expensive. When I heard about the NCC I thought – Okay, here is my chance to fly,” said Cheryl, remembering how she spent all her time at the airfield. She graduated with an instructor rating in flying hand gliders and a Bachelors in Arts. She joined IAF in 1993 when IAF began to recruit women. She began training with them to fly transport aircraft, and later, helicopters.

She was posted to Saharanpur along with 9 other women officers as part of the first female squadron in the IAF in December 1995. “For me, IAF training was a piece of cake because I had already done 100 hours of flying. But suddenly I also needed to learn physics, chemistry, and maths. Having graduated in Arts, that was the hardest part,” she recalled.

Cheryl and her squadron flew the Allouette and the Lama (nicknamed as the Chetak and the Cheetah) in the Himalayan region. They engaged in search and rescue missions, casualty evacuations, and carrying supplies.

Initially, she didn’t really understand the significance of her achievement. “That time, it didn’t feel like a big deal. Yes, it got a lot of press coverage but I was just relieved that I was finally getting commissioned as an officer. The fact that we were the first women pilots did not really sink in at the time,” she said.

“I was the only women with maybe 200 men. Sometimes I used to go on detachment and I would be the commander with 10 men under me. The senior airmen who had been in the air force for 20 odd years didn’t know how to take orders from a 25-year-old, especially from a 25-year-old woman. They were confused about whether to treat me like a lady or to treat me like an officer. But I have to say, there was never any insubordination or discrimination. Our training, our lifestyle, was the same as any other officer.”

She shared that the most memorable incident of her career was a search and rescue operation during her first posting where they rescued a soldier – a bomb had detonated in front of him and his face and arms had been damaged. “We carried him in the helicopter and took him to the army hospital. I thought he was going to die, but after 10 days he called me and said ‘I just want to tell you that I survived.’ You never forget things like that. It was very rewarding.”

She retired in 2005 after flying for 10 years and feels proud to be one of those women who succeeded in breaking gender barriers. “This is a much-deserved career path that the country is giving to our women. I’m so glad that I got to be part of that whole movement.”