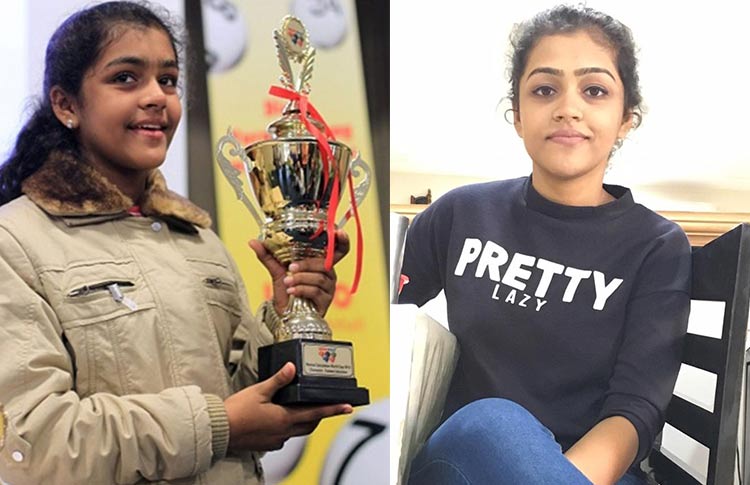 We engaged in conversation with child prodigies who inked their name on the list of Wonder Kids with their groundbreaking feats. But ever wonder what these geniuses, blessed with determination and zeal, are up to now? Did their discoveries go on to attain even greater heights? Well, curiosity is no sin, why not know a little something about their after-fame journey?

“We have a mathematics class today!” *instant sweating triggered*

Those tiny little numbers and their deathly calculations… *shudders* so you can easily imagine my amazement when an 11-year-old attained the title of a mental calculator for performing with 100% accuracy, in Addition, Multiplication, and Square Root to date in all four Mental Calculation World Cups. It was the year 2010, and I was getting ready to somehow survive my math paper on the 10th boards.

While this maths wiz needs no introduction, for the sake of those unaware of her magnanimous feats, meet Priyanshi Somani who is a record holder in Limca Book of World Records and also a World Record holder in calculating square roots. If it were me, I would be strutting about like a proud peacock, but Priyanshi, 18 now, is the very definition of humility mashed with talent. Excerpts:

You aced the math monster like a pro, how is life now?

Haha! First of all, you have put me on such a high pedestal. As for now, I am currently in my second year in IIT Bombay.

What made you learn mental maths at the age of 6?

There was no inspiration; hell, you won’t recognize inspiration at that age *laughs* It was just a normal thing, you know every child is attracted towards something. It was later that I realized that ‘Oh I don’t know how, but I am better at it than others.’ The knowledge that it was a skill registered much later.

I saw you waving these mystical hand gestures in your competition videos. Decode.

It is a technique called ‘Mental Abacus.’ It’s not that I love to do it *laughs* it’s just how it is done. It advises practitioners to visualize a 400-year-old style of abacus known as a soroban. One often flicks their fingers when they calculate, miming the movement of abacus beads, the speed varies from individual to individual.

You are THE Math Wiz! What support and infrastructure do you think child prodigies need to grow more?

I feel that every child is a prodigy, as all have one or the other talent, you just have to recognize it. And I think it all comes down to the parents as they are the ones who provide a nurturing environment. If the rest of the world supports the child, and the parents don’t, he’ll wilt even with all the fame coming his way.

So true! Do you miss something about your childhood?

Well, one thing that I can say is that it has made my nature very cautious. If I waste even a second, I go crazy like “What am I doing, I have so many things to do, so many things to achieve!” I think I am in dire need of, what is the phrase, chilling down and let go of all the stress.

In 2006, 2007 and 2008, she was the National Champion in abacus and mental arithmetic competition in India and, in 2007, was the International Champion in Malaysia. She is the winner of Pogo Amazing Kids Awards 2010 in the genius category.

Mental calculator or not, maths manages to make everyone nervous. Did it ever happen to you? Please say yes!

There was one moment when I was 11. I was in Germany for the Mental Calculation World Cup as the youngest contestant. And everyone else was so tall and older than me! It was my mom who was getting all “Ye kaha aa aagye hum?!” Because there was 35, 40, even 60-year-olds! And I went like, “These people here must be thinking that I am just a child and won’t be able to do anything but I’ll win this for sure.” My parents were laughing and obviously thought that this was just a childish confidence.

The concept of being nervous is not known to a child, as I was all “I’ll beat you, people!”

Let’s play a little math here. Why don’t you add a secret talent to your existing talent of being a math pro?

I am a good actor. It was in college here that I figured out my flare for dramatics. I have participated in many competitions now. The world of theatre attracted my attention, especially when I came to Mumbai. It is also what divides my attention as well.

Oh, I see what you did there! Why don’t you multiply my joy of talking to you with a happy memory from your childhood?

Okay, there was this rule of sorts my mother had created, where she would give me calculations to solve where my one correct answer would get me five rupees. And all correct would mean 50 rupees, which rarely happened. Once I said that I would get them all right, but then she would have to reward me with 100 rupees instead.

And as you must have already guessed, I won. And why this memory is so strong is because my eight-year-old-self was proud of earning such a large sum for the first time.

Ah, the perks of loving maths. Well, let’s move on to subtraction, what is that one habit you would love to subtract from your life?

I have this habit of forgiving easily. Like if anyone has done something wrong to me and if that person comes back with the flimsiest ‘Sorry,’ I know I’ll forgive that person. I fail to pluck out what is not good for me. It may sound wrong, but one should be sometimes selfish for their own good.

Good advice! If you could, what would be the message for your 11-year-old self?

I would tell her that sit back, you’ve already done a lot. Don’t fret about the future; it also holds many good things in store for you. It is going to get better, sweetie!