“Married Off To A Sex Trafficker By My Father, I Was Gang-Raped By Three Men On The Night Of My Wedding” 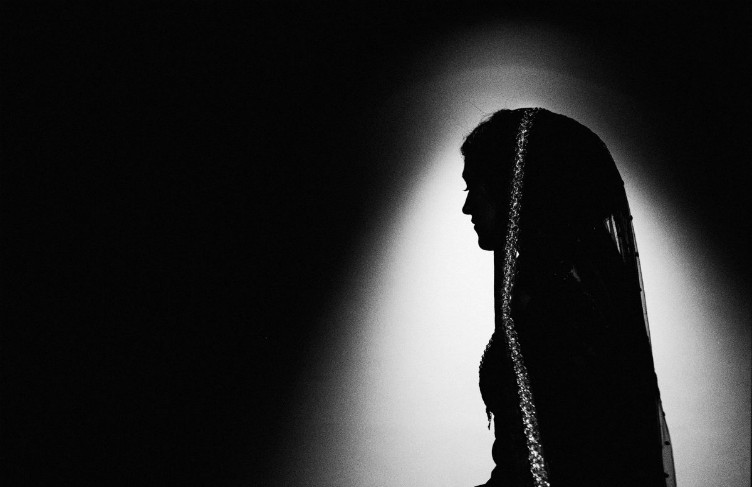 “Dark skinned, short and plump – from a very young age, I was told how ugly I was, how I am not a ‘good marriage material’, that I am a burden for my family. But I never knew that it also meant that my parents would, knowingly, marry me off to a sex trafficker.”

IWB’s section “Censored” features real women narrating real stories. Stories, which are usually censored by the society, are given a platform.

There is absolutely no room for judgment or condemnation. Women can open up about their personal issues, reach epiphanies, inspire women all around the world, and seek expert advice. Read on, and get your dosage of empowerment.

“I remember being 14 and already worried about whether I will ever get married – a question that my step-mother had fed into my mind since she married my father. My father didn’t like picking me up, hugging me or even petting me on my head.

But as I grew up, the reason behind his unloving behavior became clear – it was because I was dark. For my fair-skinned siblings, his bitterness always took a backseat, and gradually it became apparent that it was only reserved for me. I was mostly treated as an untouchable as my father used to make my older and younger sisters take a bath if I even barely brushed past them, as if my color (and my bad luck) would somehow infect them as well.

For a middle-class family, the biggest worry at that time was if their daughter was pretty enough and excelling in household chores’ as these were considered the sole prerequisites for getting marriage proposals. I spend years cowering in the darkest corners of our house, hiding from my step-mother as she was hell-bent on either making my skin suddenly change color or tear off my face as she was vigorously rubbing some mixture or the other on my face daily.

My elder sister got married when I was 17 and three years later my younger sister’s wedding took place. I had failed my 10th board exams thrice and my father had declared that he wouldn’t be spending any more money on ‘someone like me.’ Hearing bitter taunts and getting thrashed every day by my father and step-mother became my life but it all changed when one day (“at last”, I thought), a marriage proposal came for me. But when the boy’s family came to our house for tea, something seemed off.

The guy’s father kept shooting leering glances at my sisters. The guy either kept looking down or would hungrily cram his mouth with sweets until his sister would throw an angry glare at him or squeeze his shoulder painfully. He looked… scared. But I trusted my father, after all before he married off my sisters, he had done rather extensive background checks on the guys and their families. Surely, he would do the same for me?

On the day of the wedding, I was visited by my soon-to-be sister-in-law as I was getting dressed.

“You have such a full figure, your boyfriends must have really enjoyed it,” she said with a wink. I was shocked and speechless at her words.

“I… no.. I never had… I never did…,” I stammered. She gave me a weird look and said something along the lines of ‘fresh is always in demand.’ As my sisters whisked me away for the wedding ritual, my mind was still on what my sister-in-law had said.

After my vidai ceremony, as I sat in the car, my husband was yet to look up from his hands he had been staring at during the wedding. As I sat in a dark bedroom in my in-laws’ house, I decided to let go of my past life and concentrate on my present. I sat on the bed for hours but the sounds of celebration in the courtyard gave no signs of ceasing and I soon dozed off, listening to the noise.

I woke up to someone touching me on the inside of my thighs and opened my eyes to see three complete strangers sitting naked by my side, with one of them inching his way further up my legs. I fought, I screamed, beat on the door locked from the outside, tried to jump from the window, begged… everything, but it was no use.

I will spare you the gory details but the next day I was visited by my sister-in-law who told me that I had been sold into their family business of sex trade and from now on I’ll, like her, ‘cater’ to their influential clients, many of them belonging to powerful political parties. I was numb, it felt like all this happening to someone else and I was just watching from a far away distance. I was also told that my ‘husband’ was mentally unstable and just used to trap gullible girls like me.

I felt choked, gasping for air as the night neared that day, the thought of being a lifeless rag doll for another monster, paralyzed me. To my surprise, that thought also gave me the strength I had lacked all my life. I planned to run away at the first chance I got. As I was considered too weak and useless to dare running away, there weren’t any eyes on me as I escaped through the window after dinner.

I don’t know if anyone followed me but all the time I was imagining the sound of running footsteps behind me and the only thought that kept me going was that I would be home, my father would protect me. I remember knocking on the door of the house, my father opening the door but… he never let me come in. I told him what had happened to me, how I wasn’t allowed to call anyone but he just looked at me with a neutral expression and told me, “Only a girl’s dead body should leave her in-laws’ house.”

I had gone through countless emotions in the past three days – sadness, shock, disgust, helplessness, hope. My father’s words broke something inside me and all I could manage to ask was, “Did you know about him, his sister, what they do? Did you know what they would do to me?”

He looked ashamed or maybe I had imagined that too like I had assumed that my father loved me, that he was my sanctuary.

It has been 10 years since the day my father turned me away from his door. I had joined an NGO via which I completed my studies, got a degree in B.Com and M.Com and got a government job. I adopted a baby girl three years ago, named her Misthi (name changed).

These days, I am looking after my father as he lays ill in the hospital. Many advised me to just leave him in an old age home as even that would be too good for a man who ditched his own daughter. I still visit the hospital every day. Why? Because those three days of my life may have taken away my ability to trust, but it could never snatch from me my power to forgive, to care, to love.”