Marriage Is NOT A Woman’s Ultimate Destiny, So Is NOT A Marital Rape 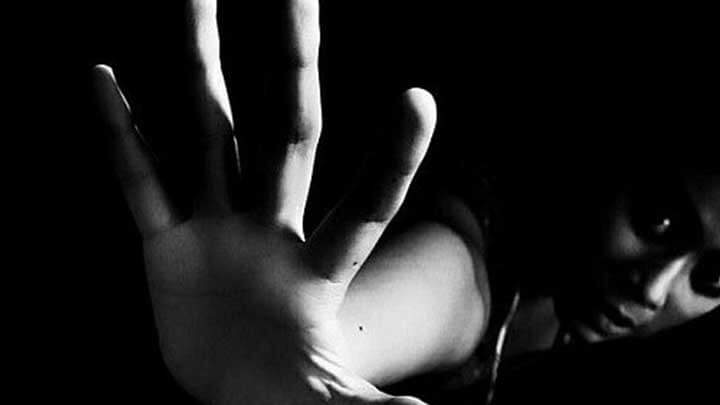 For the first time, the Criminal Law (Amendment) Bill of 2013, established a definition of rape within India’s legal code and declared a strict prison sentence to anyone who committed it. Despite its progressive nature, the bill did not criminalise marital rape or assault of any kind.

Section 375 of the Criminal Law (Amendment) Bill of 2013 states that “sexual intercourse or sexual acts by a man with his own wife, the wife not being under fifteen years of age, is not rape.” Marital rape is among the leading offenses to women’s rights worldwide. While gathering definitive statistics about marital rape with a small margin of error is difficult, a study conducted by the World Health Organisation reports that at least 10% but as many as 69% of women across the world admit to having been physically assaulted by an intimate male partner, yet 39 countries still do not criminalise spousal rape.

While several social rights activists have protested against this crucial gap in Indian law, others claim that the protections already provided to victims of domestic sexual assault in the Domestic Violence Act of 2005 are sufficient. The act gives victims of domestic sexual abuse access to civil remedies such as assistance in filing for divorce, medical attention, monetary compensation and custody orders in regards to the victim’s children.

However, the Domestic Violence Act of 2005 is unsatisfactory for four key reasons. First, it does not punish spouses for their actions. Instead of proactively confronting and limiting marital rape, it simply provides a reactionary opportunity of escape. Second, it only offers the aforementioned protections if the sexual abuse committed was life threatening or grievously harmful. These conditions fail to put women in a position of empowerment and strip women of their freedom of choice and consent. Third, marital rape is never explicitly defined. Correspondents Kanika Sharma and Aashish Gupta from The Hindu assert that “legal clarification will go a long way towards recognising and reducing the problem” of sexual assault within families. Finally, the greatest cause of the failure of the Domestic Violence Act is that 40% of Indian women are unaware of the law’s existence and even more do not know of its protections.

Consequently, today, the number of women who have been raped by their husbands in India is 40 times that of the women who have been raped by a stranger. In the National Family Health Survey conducted from 2005-2006, 10% of 124,385 women surveyed from 29 states reported that their husbands had physically forced them to have sex. However, only 1% of all such cases are reported to authorities. A 27-year-old Delhi-based executive became part of this 1% in February 2015. With the support of lawyers at the Human Rights Law Network, this woman stood before the Supreme Court of India with a petition to criminalise marital rape. But the court quickly dismissed the case, with Justices AR Dave and R Banumathi telling the woman “You are espousing a personal cause and not a public cause… This is an individual case.”

The rigidity of the Indian legislature and judiciary’s stance on marital rape stems from cultural expectations of the role of women, traditional beliefs about the purpose of sex, and existing laws that fail to acknowledge and criminalise marital rape.

Because most men and women in India still believe that wives should be subservient to their husbands, the concept of “marital rape” itself is inconsistent with the common perception of the purpose of sex in marriage. Traditional Hindu ideals of a wife actually state that marriage is a woman’s ultimate destiny and that she should devote herself to sharing mutual support with her husband and bringing children into the world. While sex is not taboo in ancient Hindu scriptures, Mumbai-based psychologist Deepak Kashyap asserts that “India is not able to differentiate between sex for purpose and sex for pleasure; sex should only be for purpose. And you are duty bound to give children and you are duty bound to have sex with your husband.”

Even if her husband treats her poorly, the wife carries the duty to preserve the marriage at all costs. Currently, according to a National Family Health Survey conducted in 2005-6, 65% of men and 54% of women believe that wife beating is justified. Furthermore, according to surveys conducted by World Opinion, only 41% of Indians believe equality for women is very important, and just 23% think the government should do more for women. Although attitudes are gradually shifting with urbanisation and the youth, Ajay Singh, author of the ICWR’s (International Center for Research on Women) International Men and Gender Equality Survey, states, “It seems that men acknowledge an overall cultural change happening around gender-based violence, but have not yet internalised this change into their personal behaviours.”

Given this cultural environment, the current Minister of State for Home Affairs, Haribhai Parathibhai Chaudhary wrote to the Upper House of the Indian Parliament that “the concept of marital rape, as understood internationally, cannot be suitably applied in the Indian context,” because it has never been considered to the same extent as wrong or unusual. In essence, Chaudhary argued that the culturally defined duty of a wife to preserve the sanctity of marriage has always superseded her protection from marital violence. He added that these cultural and socio-economic factors, therefore, prevent India from criminalising marital rape. Doing so would redefine the role of a wife and drastically change the framework of family for many, putting “the entire family system under great stress.”

The current provisions in the Criminal Law (Amendment) Bill, 2013 and the Domestic Violence Act, 2005 do not empower women enough and do not punish male perpetrators of spousal sexual abuse. Making marital rape criminal in India would require major amendments in the two laws mentioned above or a precedent-setting jurisdiction of a Supreme Court case. However, neither of these will happen without a major, people-driven shift. Until expectations of a wife do not expand to allowing her to make her own choices, and until India’s idea of the purpose of sex can be freed from its people’s understanding of duty, little change can be expected in criminalising marital rape, legislatively or culturally.

While prospects for this change in the near future seem low, India does show more promise for criminalising marital rape than China, Pakistan, Afghanistan, Saudi Arabia, and the 35 other countries where marital rape is not a criminal offense. In producing the Criminal Law (Amendment) Bill of 2013, just 56 days after the Delhi gang rape, India demonstrated that it holds the democratic zeal and capacity to respond to crisis in a major way. Perhaps it will take India another national tragedy to seriously re-evaluate general attitudes towards spousal rape and reconsider its current marital rape laws.

This article is reposted from The Berkeley Political Review.