LGBTQI+ Activists On Politics, Violation Of Human Rights, And Misogyny Within The Trans Community 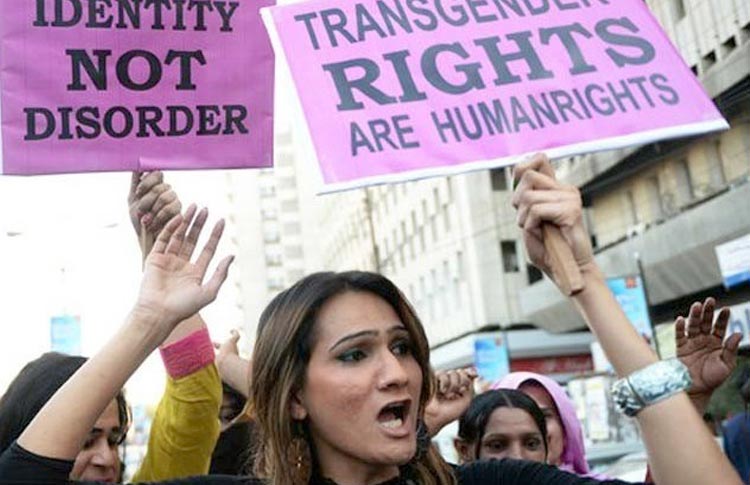 Update: On Tuesday, the Rajya Sabha passed the Transgender Persons’ (Protection of Rights) Bill, 2019, even though several Opposition members urged the House to send the Bill to a committee for further scrutiny. Since its introduction in 2016, the legislation has come under heavy criticism from transgender rights activists.

For a country that is debating about the Transgender bill and Transgender rights, India still remains ignorant about the whole idea of intersex people and the majority of transgender issues.

IWB thus approached activists, artists and Trans folks who are working for the welfare of the LGBTQI+ community and sought their help in raising important Trans issues that are often overlooked or never talked about.

I got in touch with Gopi Shankar Madurai, Executive Board Member of ILGA Asia (the International Lesbian, Gay, Bisexual, Trans and Intersex Association of Asia), also the first openly Intersex and genderqueer person to contest in Tamil Nadu Legislative Assembly election, 2016.

“I am an LGBTQIA+ activist myself and I’m not averse to the Hijra community. However, being identified and misrepresented as what you are not and do not prefer to be identified with is absolutely wrong. The Indian transgender community today is politicized, polarized and scattered, they want to give rights to transgender persons without being clear about who they are ” says Gopi.

Ze shares “‘Intersex’ is an umbrella term used in a variety of cases, where a person’s reproductive or sexual anatomy does not match the typical definition of ‘male’ or ‘female’. They could have ambiguous external genitalia or internal reproductive organs, chromosomal variations other than xx or xy, hormonal variations etc.

Last time we had an interaction with Gopi, ze shared with us the entire concept of gender and how transgender is an “umbrella term” that encompasses a lot of diversity within. This time around we discussed the outcomes of that diversity.

Limited as it might be, the conversation around Trans rights and Trans issues has finally started building up, especially in the times of Transgender Bill, but there are issues that have been completely overlooked.

Both the people supporting the bill as well as opposing it have completely overlooked the instances of human rights violations that happen within the community. It is very common for doctors to perform sex selective surgeries (not to be confused with sex corrective) on an infant who is born with ambiguous genitalia.

Ze explains, “And if you understand that sex and gender are not the same thing, you’d understand why it’s not right for doctors to surgically alter the genitals of an infant in order to fit social norms.”

Another issue that is not being talked about is the internal politics of the community. There is a strong rein of politics that runs through the community and there is a distinct hierarchy. There are a lot of superstitions and discriminations prevalent within the community.

One of the cultural identities Gopi is referring to is the hijra community. However, ze cautions that not every transgender person is a hijra – an assumption that ze believes the bill makes.

Gopi explains how the hijra community, which is a subset of the transgender community, operates. These communities are divided into Jamaat. Gopi here tells me about the ‘jamaat’ system, “where individuals, upon realizing their transgender identities, may escape their unsupportive families and be taken under the wing of a transgender or hijra ‘Nayak’. Here, they are often compelled into beggary and sex work. And if the guru approves their sex reassignment surgery, the individual must do the guru’s bidding (beggary, mujra, sex work) until he/she repays the debt.”

Ze goes on explaining: “These Nayaaks have strong social networks among themselves and every Jamaat has its own specific rituals.”

Gopi shares the story of a transwoman rescued from forced sex work. After a continuous struggle with her identity, this person ran away from her home and somehow was compelled into forced sex work and begging in Bengaluru but she refused to do so. But did she really have a choice? The question is no.

Gopi pauses and says: “Now you must ask who’ll pay to have sex with these transgender people? The truth is men just need flesh. There are imams who visit these girls. They tie their beards up and do not touch the girls’ bodies as they penetrate because they consider it a haram to touch their bodies.”

Ze tells me that contrary to what you might think, these Nayaaks are very powerful people both socially and financially. They have large networks and even fund political individuals to ensure their safety.

What happened next will give you chills. The girl, after being caught, was burned to death!

“This is the 21st century. Individuals should be paying their taxes to the government, not to some Nayaak,” says Gopi as ze spills the details of the gory “slavery system” that is being practised in our country in this millennium.

Equal Rights Activist Neysara Rai, a transwoman and co-founder of transgenderindia.com, introduces another dark side of the community: The misogyny that exists within the community.

Just like our society, the LGBTQI community has its own version of misogyny. In most of the cases, the gay men assume the position of the patriarchs. Neysara posits, “When you think of LGBTQ icons how many women come to your mind?” Because the truth is that most of them are gay men. She adds, “You’d hardly come across lesbian activists who are as vocal as men. Most of the popular HIV+, LGBTI+ NGOs are run by gay men. Since they are themselves are not transwomen it is but natural that they would find it hard to understand the issues of transwomen.”

The need right now is to understand that “being trans is an identity” and this identity has its own sets of struggles.

“There is a lot of misogyny and gay men are no less patriarchal than cis man. In fact, some of them are much more misogynistic because they hardy deal with women.” Owing to this hierarchy, the needs and issues of trans people hardly ever see the light of day.

Neysara proves her point by narrating an incident. A while ago, they started a campaign at Transgender India. The campaign was called “I am a trans, but not a hijra” and provided many trans people with a platform to clear the air about their identities. A gay activist who was a powerful media man pulled down the campaign from all the media channels.

Neysara says, “My question now is what does a gay man know about trans issues? He could have debated about our campaign or could have written a counter-article about it but he chose to silence an already silenced community. Just shutting down the campaign sans any valid reasons or explanations is indeed a form of misogyny that can’t be overlooked.”

Neysara tells how all the LGB people supported him as they did not understand the trans issues. She then shares another incident to prove how trans issues are constantly neglected and transphobia continuously propagated. She quotes the example of Malayalam movie NjanMarykutty in which superstar Jai Surya plays a transgender woman.

She adds, “One of the movie posters were designed on a sanitary pad. Trans people do not even menstruate and isn’t that again basing somebody’s identity in their genitals? The teasers of the movie were replete with nail polish, makeup products, and makeup bags. How well are you portraying the trans people if all you show is makeup? Do all these gross mistakes not show transphobia on the maker’s part?”

While the LGBTQI+ organizations should have raised these questions, an LGBTQ organization from Kerala met the actors and got pics clicked with them and in a way promoted the movie. Thus Neysara makes clear how a lack of understanding and sensitivity within the community are aggravating the situation and constantly sidelining the real trans issues.

I took the opportunity to ask Neysara to share one of the trans issues that really aggravates her and which needs immediate attention. She enlightened me on how there are a “lot of human rights violations going on in the hijra community.” She however very clearly states that “I am not against the hijra people, I am against the system. Hijras are transwomen like me who are in a bad situation.” She shared how there is a lot of bonded labour and child rights violations happening in the Jamaats.

She has a question for the leaders of the hijra community: “These kids that come to you seeking solace, what do you do with them if you are not sending them to schools?”

Neysara is thus working with Transgender India to provide a safe platform to all the trans people to come with their issues and discuss them. The organization is thus working towards the formation of a safe collective to help out the people who are struggling with their identities.