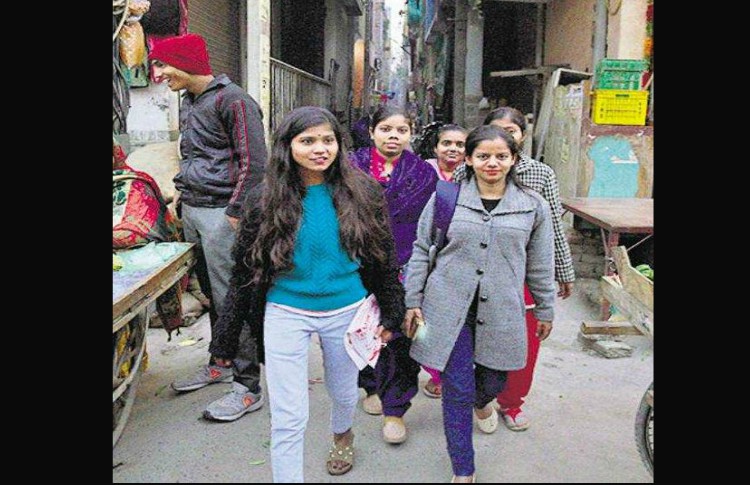 A group of 11 girls from Madanpur Khadar JJ Colony, a slum resettlement in Delhi, narrate their stories through a powerful medium of rap to demand safe public spaces and end the patriarchy at home which prevents them from pursuing education and their dreams.

Madanpur Khadar JJ is located on the banks of the Yamuna river in South Delhi which comprises of low-income households that has first or second generation migrants from West Bengal, Uttar Pradesh, Bihar, and Rajasthan. Many of the residents are engaged in low-wage jobs as drivers, domestic workers, security guards, etc.

The women who find their freedom restricted due to societal attitudes, lack of affordable public transport, and the fear of harassment by men, have no choice but to stay at home. However, these young girls want the world to listen to the problems faced by them at home and on the streets, through the video they have created.

Speaking to the Hindustan Times, 19-year-old Meera, who featured in the video titled ‘Khadar ki ladkiyan’ said, “Life is not easy for girls in the area where we live. Most of us had dropped out of school after completing Class 11 or 10. Its only after a group of NGO women came to the locality to mobilise young girls to pursue further education and study safety parameters that we could get out of homes.”

“The first step was to fight the prejudice at home. We were told not to step out alone and discontinue studies so that we could be married off. Girls in our area are married off at the age of 15-16, both against their will and the law. I just hope we are able to get more girls to join us,” she added.

As per reports, the video is a part of the project ‘Aana Jana’, which is funded by Arts and Humanities Research Council (AHRC), UK network and aims to provide a digital space to lower income women.

Talking about the video, another girl Ritu, aged 20, who now has a job in the NGO sector and is pursuing a Master’s in Hindi from Delhi University’s School of Open Learning said, “Our first video featured our struggle to demand freedom and to reclaim public places such as roads and parks, which are mostly dominated by men. In our next video, we plan to get many other girls join us and share their stories.”

Khadar girls is a freestyle song written, sung and performed by women living in Delhi’s urban peripheries, excluded from the city yet riding the tide of India’s digital urban age. The song charts their personal stories of being evicted from Delhi’s slums to resettlement colonies in the peripheries, their struggles with broken infrastructure and gender based violence in the city.