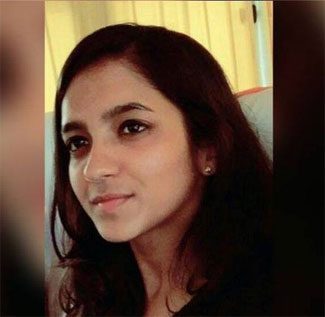 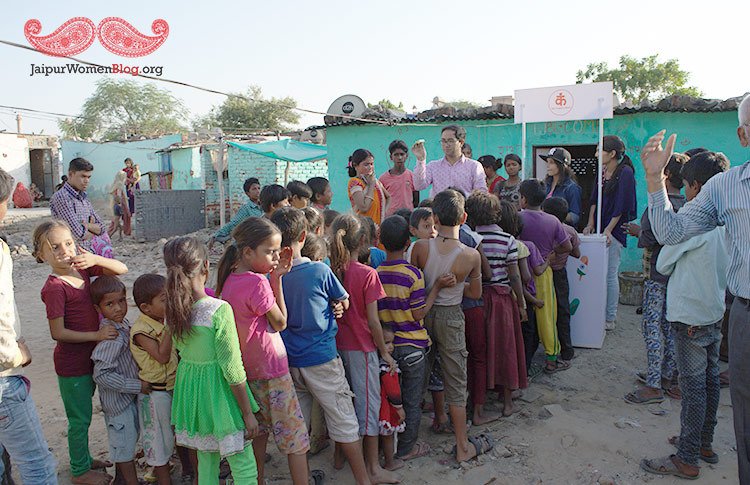 The meaning of poverty is not limited to the lack of material resources. Poverty in our view is the devil that doesn’t allow people to avail the opportunity of learning and building oneself to get out of this cycle.

Keeping this in mind, JWB came up with the idea of The Goody Education Campaign in collaboration with The Country Store. With the help of some ‘Goodies,’ we tried to feed them with small doses of knowledge.

The Goodie Education kicked off yesterday and believe me it was Crazzzzzy! Our first stop for the 3 Day campaign was the slum area in Jyoti Nagar.

Huddled among the excited children, we finally reached the spot where we set our small canopies, one as the Country Store chocolate shop and the other, the dreaded place, School!

While Kaalu and Vishal helped me in arranging everything in my tiny school, my friends Shubhangi and Akshita had a hard time controlling the restless kids whose eyes had already fallen on the two bags filled with chocolates and lollipops.

As soon as I laid my laptop and phone on the table, I heard, ”Didi isn’t this a Sony laptop? How much does an iPhone cost? Isn’t iPhone produced by Apple Company?”

And I was like….yeaaaaaa. (Too surprised to answer) Wow, when I was their age, all I knew was that A is for apple.

Finally, everything was done and now it was time for Action!

All the kids who wanted those yummy chocolates had to earn them. Instead of a price tag, these chocolates had a ‘question’ tag. If any kid wants the chocolate, he has to answer that question correctly. If he was unable to do that, then he has to go to school and learn the answer from there.

Payal, who I guess was the gang leader there helped in arranging all the kids in what can be called a curvy line and then the fun began!’

“How many colors are there in a rainbow?”

The first to pipe in the answer was Vishal Thakur. ”Seven,” he answered.

“And what are they?”

Ha! Wrong answer! He slowly walked towards the school and asked me the answer. Showing him a picture of a rainbow I explained to him the seven colors and the reason behind the formation of a rainbow.

From time to time, there arose situations when I was completely mobbed by the children. Thank God my tiny bodyguards Kaalu and Vikas were there to help me get some air!

Moving to the next question.

“What is the National Anthem of India?”

This question, I didn’t really have to explain the answer to the kids. Some of their friends recited the ‘Jana Gana Mana’ in loud and clear voices and as a homework taught those who didn’t know it.

“Who is the Prime Minister of India?”

Everybody, except the kid to whom the question was asked, shouted, “Vasundhara Raje! No! Narendra Modi!”

In some cases, the kids, by the time they reached the school to know the answer had forgotten the question asked to them. They just stood in front of me with a blank face and a shy smile, trying to remember the question.

“What is the largest animal in the world?”

Some answered ‘lion,’ some, ’elephant’ and so all of them headed to school.

I must say the Blue Whale interested them a lot. Their eyes popped out when they saw Blue Whale’s image and learned that it could eat thirty elephants but instead eats the smallest of fishes in the ocean.

While some kids hoped to get more chocolates in the name of their tiny siblings who were too young to answer questions, most of them were highly engaged in knowing about the Ganga River, on the laptop screen.

In Jyoti Nagar, I found some of the liveliest and happiest children. I had never expected to have so much fun in teaching my little buddies.

These kids knew what hospitality means and bid us adieu by following us on the main road, waving their hands and bombarding us with questions like “When will you come next? What will you bring next time from Country Store?” and so on.

This day definitely gets a place in the book of my fondest memories, and I promise I will visit them again, after all, I would love to see what my tiny students are up to.

Now, I am heading to Country Store to get more goodies!