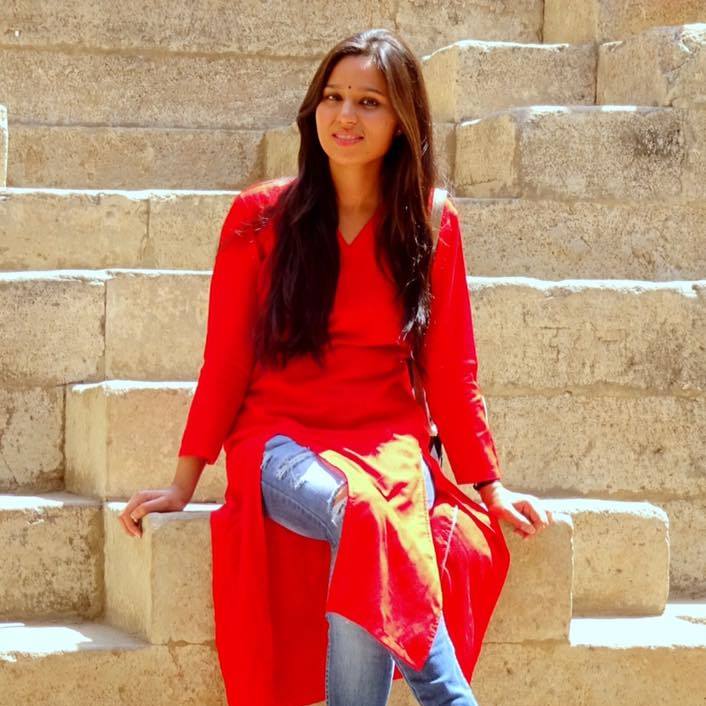 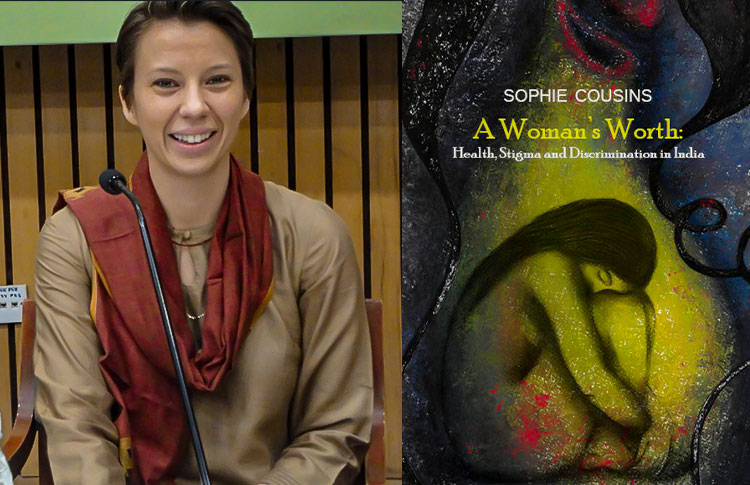 An award-winning Australian writer and a crusader for women’s health, Sophie Cousins has reported from more than 20 countries and her work has been translated into several languages. As a journalist based in South Asia, her work focuses on the systems that exacerbate gender inequality and the impact this has on women’s and girls’ health. She writes increasingly on the intersection of climate change and migrant health issues.
Sophie Cousins’ new book ‘A Woman’s Worth: Health, Stigma and Discrimination in India’, launched on 13th November 2019 in New Delhi, details the desperate lengths to which women are forced to go to secure a son; investigates the vast challenges women face when trying to access contraception and abortion; discusses the double stigma women face when having such diseases as HIV and tuberculosis; and examines why cervical cancer, one of the country’s biggest cancer killers, has long been ignored.

“The subject that I’ve written about in my book is quite grim. But at the same time, I hold a lot of hope for the country through stories of incredible women who are fighting for the rights of women. All these stories have deeply affected me. I would be inhuman if they didn’t have an impact on me,” she told IWB, “Researching and writing about sex-selection was the most confronting issue to work on. To hear and feel the pressure that women have to produce a son is very confronting. It was probably the hardest thing I wrote about.”

IWB attended the book launch event and talked to Sophie about her work and the new book.

Can you please tell us what compelled you to take up journalism and write about women’s health?

I was working on the Myanmar-Thailand border when I was completing my International Studies. Going into the refugee camps of the Korean people who had been displaced as a result of the conflict in Myanmar, I was utterly shocked at the situation. More than that, I was really embarrassed at my naivety. I had not known about the conflict that had existed in Myanmar for so long. I knew I wanted to bring those stories of resistance and survival out in the world. I wanted to make a difference and started writing as a freelance journalist. It was important for me to find my niche in writing in order to become an expert on the subject.

Cervical cancer is a taboo in India. There is this incredible workforce – the ASHA (Accredited Social Health Associates) who work on an incentive basis throughout India – acting as a bridge between public health facilities and the community. The problem with ASHA workers is that they are overburdened and also poorly paid. I think with the rise in non-communicable diseases and mental health problems their workload has worsened. So, there needs to be a development of a new worker – a woman specialist who is well paid and deals with specific problems such as breast cancer, cervical cancer and oral cancer.

How do you explain the urgency of working on women’s health issues in the face of climate crisis?

Well, climate change is the biggest crisis today. People like us are privileged to be able to afford masks and air-purifiers. But it is the underprivileged women and children who are most affected by climate change. In various parts of the world, women are responsible for all the household chores. For e.g., even in this day and age, women travel long distances to get water for their families.  What happens when there is no water or instead of walking for 20 minutes to get water, they need to walk for two hours? There are many pressing health problems that are coming up as a result of climate change affecting men and women equally. But in many parts of the world, women health is highly ignored, so the changing climate only adds fuel to the fire – increasing women health problems drastically.

Can we discuss some practical solutions to provide better health facilities for women on the margins of the society?

I believe the best way is educating women about their rights to access healthcare. In India, there are some excellent health programs and initiatives run by the government where you can get free healthcare. Women need to know that these services exist. This can be done by beginning to educate people at the grassroots level – going village to village, involving people from the community instead of having a top-down approach. We need to look amongst ourselves for solutions.

How do patriarchal tendencies in health policies disrupt the impact and how do they worsen the problem further?

We have so many examples all over the world. For e.g., in the USA, look at who is making the laws on access to abortion. Men shouldn’t be making decisions about women’s bodies. We should be making our own decisions. At the end of the day, it all comes down to having equal representation in the government. We need both men and women who can bring to the fore the problems that women face. We need to ensure that these voices are heard. Even though we’ve made some progress, it is going to be a while before we can fully change the mindset around women’s health.

Closing our interview on a hopeful note, can you recall any positive example from a South Asian country that has showed positive results in breaking health stigma in the region?

I think there are a number of positive examples. Every country has positive examples and incredible women’s health activists, particularly in a democracy like India where these health workers are so dedicated to their work. One such woman is Devika Biswas, who I met in Jharkhand. She is an incredible woman who fought against the issue of botched sterilization camps, took it to Supreme Court and emerged out victorious. Today, sterilization camps are banned in India. But that is just one story. I think at the grassroots level there are many people who are working day-in and day-out to protect women’s health and they go unnamed.

More from the session…

“I met Nusrah who had migrated with her husband from North India to Mumbai in search of work. She was five months pregnant and hoping for a boy,” Sophie spoke about one of the women she met while researching for her book.
Nusrah is a mother to five children – all girls. She suffers from anemia and all her children are severely malnourished. The doctors suggested that she needs to eat foods rich in iron. Sophie shared that for Nusrah, the reality is entirely different, “After she feeds her husband and her five children, all she is left with is a piece of roti on most days. Nusrah knows that having anemia can prove to be fatal to her and her unborn child. But she told me that if this time it wasn’t a boy, she would have to try again.”

Published jointly by SAGE Publications and Yoda Press, ‘A Woman’s Worth’ is now available at Amazon. Sophie Cousins tweets at SophCousins