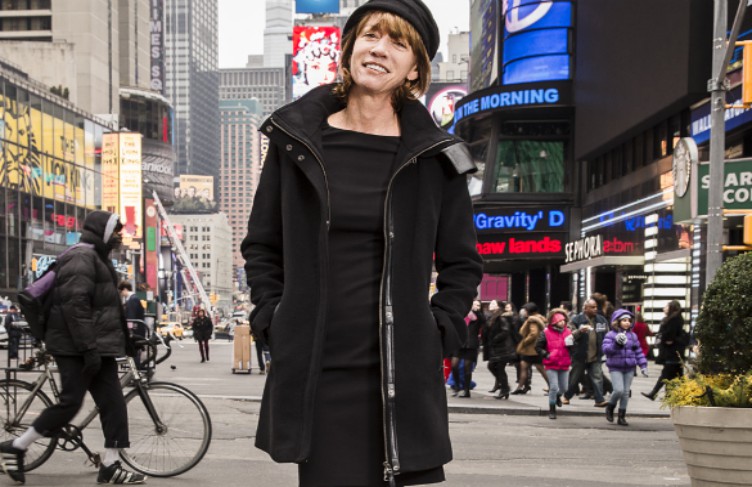 Janette Sadik-Khan’s tenure as New York City’s Transportation Commissioner saw the creation of more than 60 pedestrian plazas which had converted over 26 acres of car lanes into free spaces for bicyclists and pedestrians.

She is currently the Chair of the Global Designing Cities Initiative of the U.S.’ National Association of City Transportation Officials (NACTO), and a Principal at Bloomberg Associates. In a recent chat with The Hindu, she shares her expertise on how the crowded streets of big Indian cities overflown with vehicles and chaotic traffic can make space for its people to walk freely.

“I think what we are seeing in Pune, Mumbai and other big cities is a move away from looking at the street as just for cars. This model of roadway design — to move cars as fast as possible from point A to B — is 50 years old. If you were in business and you didn’t upgrade your major capital asset, then you wouldn’t be in business, and streets are the major capital asset for cities. So, we need to take a bigger view for what they can be used for. They can be used to provide all sorts of mobility, like the Bus Rapid Transit system (BRTS). We can build high-capacity systems that can make it easier and more affordable and faster for people to move around.

Pune has the largest number of two-wheelers in India and a dismal bus transportation system despite being the second Indian city to experiment with the BRTS. How can this be remedied?
Unfortunately, in Pune, as was the case earlier in New York City, buses are seen as stepchildren of the transportation system. In New York, we looked at the streets as the rails for our buses. Today, we have five million people taking the bus. It is a really important workhorse of the transport system. In Pune, with some more investment on these corridors, one can create mobility magic. The bottomline is that we cannot double-deck our streets. We really have to be more efficient and effective with the streets we have.”

“Data was really important for us in New York City and is vital if you want to effect change in any city. Normally, in big cities, people get upset when you take away their parking or change the street design. Interviewing locals and shopkeepers can help only in gauging the extent of opposition or support for the project [to redesign the street]. If you have data, then you can look at what actually happens on the street. And this went a long way in changing the dialogue. Suddenly, it wasn’t transportation decision-making by anecdote, but transportation decision-making by analysis.

We did a lot of work and went way beyond just counting cars and measuring traffic speeds, to looking at what actually happened between the kerb, to the safety of the streets, how many people were there, the sales of local businesses, the bus speeds and so on. So data is a very powerful tool.”

On reducing the entrenched traffic lawlessness prevalent in Indian cities

“There is this sense that traffic crashes are inevitable like they are just part of life in the big city. But changing this culture is extremely important. You need to have a plan. We did a report to analyze accidents and we used this analysis to make fixes on our streets. It is not magic and it doesn’t require any visionary leader, but some data and hard work [is needed] to fix those intersections.

A lot of people focus only on how we built 400 miles of bike lanes in New York. What they don’t understand is that with every single bike lane, that street became safer for everyone — pedestrians, bicyclists and motorists. A big part of this is organising the street more effectively. At the end of the Bloomberg administration, we had the lowest traffic fatalities in 100 years. It is something any city can achieve.”

On reclaiming streets for bicyclists and pedestrians

“Some of the principles are really about inviting people back to the streets and not segregating them off of streets. When you invite people by making it easier for them to get around on foot or on a bike, you create a very different dynamic. Hence, we have developed protected bike lanes and dedicated bus lanes in New York.

Importantly, this fuels the economic development of local businesses in the city, which are fearful of the fact that if they don’t have parking spaces in front of them, they will be forced to wind up. Yet, we have seen the reverse happen in New York and other cities. And that’s because the more the number of people that can access a store, the better it is for the bottomline of small businesses. Because cars don’t shop, people do.”